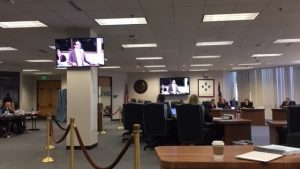 On Friday, April 26, 2019, the State Board for Educator Certification (SBEC) met in Austin to take up an agenda including several important items. Items considered by the board included final approval of the EdTPA pilot, discussion of a new framework for special education certification exams, and approval of final details for the new "Principal as Instructional Leader" certificate.

Some action items on the board's agenda last week will result in a public comment period that will run from May 31, 2019, through July 1, 2019. These include proposals to prompt a routine four-year review of rules regarding the certification of appraisers and rules establishing the certificate categories within the certificate class for classroom teachers (e.g. Science 4-8, Social Studies 7-12, Music EC-12). The board is also proposing changes to rules regarding how districts are required to make personnel assignment decisions. For instance, if you have a certificate in Ethnic Studies: Mexican American Studies 9-12, you are allowed to teach a variety of social studies and history courses. Due to public testimony, three changes were made to the proposed rules following the February meeting: allowing with agriculture certificates to teach Principles of Architecture: Principals of Construction, Grades 9-12;  allowing those with Physics/Math certificates to teach Robotics 1, Grades 9-12; and allowing those with technology education certificates to teach Transportation, Distribution, and Logistics, Grades 9-12.

Testimony on the EdTPA proposal was voluminous during Friday's meeting. An overwhelming majority of EPPs (university, alternative, and post-baccalaureate) testified in opposition to the proposed new assessment, citing concerns with test integrity, cost to candidates, and pilot design. Those in favor of the change, including Teach Plus Texas and four Teach Plus Texas policy fellows, stated that authentic assessment will be effective at inciting change in EPPs that will lead to better prepared teachers. While the board voted in favor of beginning the pilot, certain board members such as Dr. Art Cavazos, Dr. Rex Peebles, Dr. John Kelly, Carlos Villagrana, and Tommy Coleman expressed concerns with the structure and viability of data obtained from the pilot. Dr. Cavazos strongly advocated for a simultaneous alternative to EdTPA to be developed, so that additional data and options are available after the two-year pilot concludes, should the EdTPA data turn out to be inconclusive or negative. Again,a  public comment period on these proposed changes to the certification exam rules will run from May 31, 2019, through July 1, 2019, and will be published in the Texas Register.

The following additional items were on the board's agenda last week for discussion only:

SBEC will hold a work session on July 25, 2019 and will hold its next formal meeting on July 26, 2019. There will be an opportunity for public testimony at the July 26 meeting for items that will result in a public comment period (see above) and for the discussion items above. Stay tuned to Teach the Vote for updates.