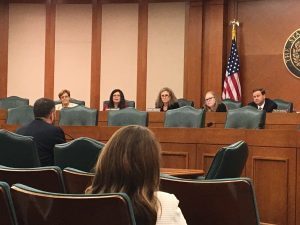 Testifying at the House Appropriations Subcommittee on Article III this week, ATPE Lobbyist Monty Exter advocated for an expansion of the list of free and near-free drugs covered by TRS-Care. The subcommittee, which met Wednesday, oversees the state's education budget, including the Teacher Retirement System's pension fund and health insurance. A persistent lack of funding over the years has lead to an increased burden on both active and retired educators who have seen healthcare premiums rise with no increase in the percentage contributed to their pensions. The urgent need for more funding and resources for the TRS system will be a hot button issue during next year's 86th Legislative Session, one that ATPE lobbyists will be tackling head on. Find out more about Wednesday's subcommittee hearing in this article by ATPE Lobbyist Mark Wiggins. 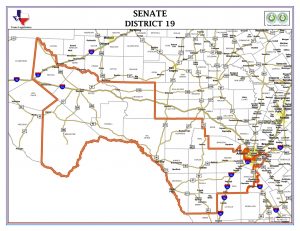 The 2018 general election is right around the corner, but even closer than that is a special election runoff in Texas Senate District 19 (SD 19). The special election was called when former Sen. Carlos Uresti stepped down following his felony conviction. While all Texans are not be able to participate in this one special election, all Texans will feel the effects of its outcome as San Antonio residents decide who will take one of the Texas Senate's 31 seats.

Next Monday through Friday, Sept. 10-14, voters in the district that runs from the greater San Antonio metroplex to the tiny town of Orla, Texas, will have a say in whether Democrat Pete Gallego or Republican Pete Flores represents them in the state's upper chamber when the legislature convenes in January. For those who miss early voting, the special election runoff for SD 19 will take place Tuesday, Sept. 18, 2018.

The Texas Education Agency (TEA) posted its Legislative Appropriations Request (LAR) this week ahead of formally presenting it to the Legislative Budget Board next Wednesday. LARs lay out all of an agency's intended expenditures for the upcoming biennium and are, as a group, the basis for what will eventually become the state budget. TEA's LAR includes not only agency-level spending but also all of the funding that flows through the Foundation School Program and out to school districts. As has been the case in the past, the TEA document includes a statement about reductions in the anticipated level of state spending based on the reliance on an assumed increase in local property tax collections. For the upcoming biennium, the agency is assuming the state will supplant $1.5 billion in state revenue by relying on these local dollars. ATPE released the following press statement in response.

The House Public Education Committee released its preliminary report on school safety this week. The report follows the release of similar interim documents by a Senate committee and Gov. Greg Abbott, but the House report is unique in its focus on directing state funding to accomplish a number of goals aimed at preventing future tragedies like the school shooting in Santa Fe, Texas.

The report is the result of several interim hearings held over the summer at the direction of Texas House Speaker Joe Straus and committee chairman Rep. Dan Huberty (R-Kingwood). Read a summary of the report's findings and take a look at the full report itself in this post by ATPE Lobbyist Mark Wiggins.

The Texas State Board of Education (SBOE) is scheduled to meet Tuesday through Friday of next week, and the agenda includes a formal look at its Long-Range Plan for Public Education.

The plan is the result of more than a year of meetings and stakeholder input, which includes in-person conferences and an online survey seeking guidance from educators and community members all over the state. The final product includes recommendations related to attracting and retaining educators and lifting up the education profession. Follow ATPE Lobbyist Mark Wiggins on Twitter (@MarkWigginsTX) for updates on the plan, which will be discussed on Tuesday.