The Texas State Board of Education (SBOE) kicked off its September meeting Tuesday with a lengthy day of public testimony regarding revisions to the Texas Essential Knowledge and Skills (TEKS) for social studies. 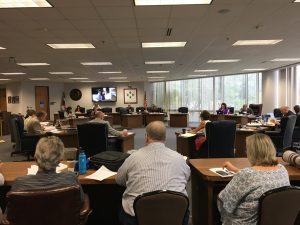 Some of the commentary came in response to edits to the portion addressing the Alamo that received a significant amount of news coverage and political attention over the past several days. A member of the TEKS review team, which is composed of educators who are experts in the subject matter and volunteer their time, explained the reasoning behind the edits and suggested the extraordinary attention was due to a misreading of the team's notes, as well as a lack of outreach to team members for clarification. He offered an alternative phrasing that would satisfy all parties' concerns, and which board members seemed amenable to adopting.

Testimony also focused on the proper way to treat slavery as the cause of Texas's secession in the Civil War period, as well as how to discuss the role of religion, specifically Moses, as it pertains to the framing of the U.S. Constitution.

The board concluded the meeting with a discussion of the Long-Range Plan (LRP) for Public Education, which sets the state's educational goals through the year 2030 and was released Monday. The LRP Steering Committee held ten in-person community meetings and solicited feedback from thousands of stakeholders via an online survey. Educators, parents, and community leaders were consulted at every step of the way. ATPE Lobbyist Mark Wiggins, who has followed the plan's development for more than a year, lauded the board for an inclusive and thoughtful process that gave meaningful consideration to input from educators. 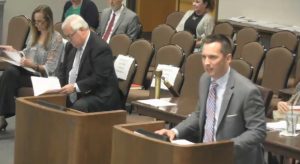 Wiggins offered a number of broad recommendations to perfect the plan, including adding language to increase the rigor of Educator Preparation Programs (EPPs). Wiggins also cautioned the board that when discussing programs that aim to place top tier teachers in schools with large numbers of at-risk students by offering differentiated pay, it's important to ensure that the evaluation programs used to identify those top tier teachers are not based upon student test scores. Wiggins also suggested that due to the short period of time stakeholders have had to evaluate the LRP, the board would be justified in postponing final approval.

Chair Donna Bahorich (R-Houston) introduced a number of perfecting amendments, many of which addressed elements of ATPE's general recommendations. The board discussed allowing the public more time to review the proposed amendments before voting on final adoption at the November meeting.