No action is good action: TRS committee takes no action on TRS-Care premiums 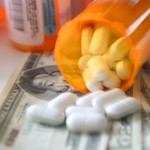 The Teacher Retirement System (TRS) Board of Trustees is meeting today and tomorrow. This morning, TRS Chief Healthcare Officer Katrina Daniel updated the board's Benefits Committee on the most recent fund balance shortfall for TRS-Care. Today's update noted that as a result of several positive factors, that shortfall has fallen to approximately $240 million for fiscal year 2021, the second year of the upcoming biennium.

TRS-Care had already moved in a substantially positive direction by the time the agency laid out its legislative appropriations request (LAR) last week. The LAR had incorporated the shortfall, which was estimated to be $410 million as of June 30, 2018.

Since June, TRS has made significant progress in contract negotiations with Humana, the current third-party administrator of TRS-Care Medicare Advantage. The new contract will result in considerable additional savings to TRS-Care that brings the shortfall down to the approximately $240 million mark discussed today.

Based on the June 30 numbers, which have only improved, both House and Senate leaders have requested that the TRS board not raise premiums for retirees, but instead rely on their assurances that the legislature will fully fund the shortfall during the upcoming legislative session. Based on those assurances, TRS Executive Director Brian Guthrie recommended that the board take no action on increasing rates for TRS-Care.

The TRS board documents related to this discussion can be found here, or you can watch an archived video of the discussion. The healthcare discussion starts at the beginning of the video.