The votes are in – and pro-public education candidates had a great night across Texas!

Many Texas educators spent the past two months wearing red, volunteering, making phone calls, working the polls, and investing their own personal resources helping these campaigns. Their hard work paid off in spades Tuesday night. In the final tally, 80% of the runoff candidates backed by ATPE-PAC or ATPE Direct won their elections by a whopping average of 22.5 percentage points. Conversely, candidates who were financed by anti-public education pressure groups lost all but a single race.

Statewide turnout figures for the Republican runoffs isn’t available, and statewide turnout in the Democratic runoff was just 2.8 percent. This means that every vote was immensely important, and educators who performed their civic duty by voting in the runoffs likely made the key difference in many of these races.

“Once again, Republican primary voters have shown overwhelming support for responsible candidates who will put their communities first and take a serious approach to the state’s challenges,” said Straus. “The results in these runoffs and in the March primaries clearly demonstrate that Republican voters want constructive and pragmatic leadership for our fast-growing state.”

The results from runoff in elections in the Texas House are as follows: 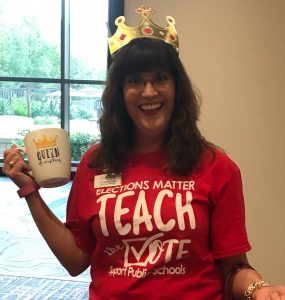 Thank you to everyone who volunteered, contributed, and showed up to vote in these important elections! Educators have gone to great lengths this election season to promote a culture of voting in school districts across Texas, and the work has only just begun. Campaigns will now turn toward the November 6 General Election, when Texas voters will make their final decisions as to who will represent them at the state and federal levels.