From the Texas Tribune: Are charter schools private? In Texas courts, it depends why you're asking.

Texas charter schools are sometimes private and sometimes governmental — a legal framework that has helped them avoid costly lawsuits. 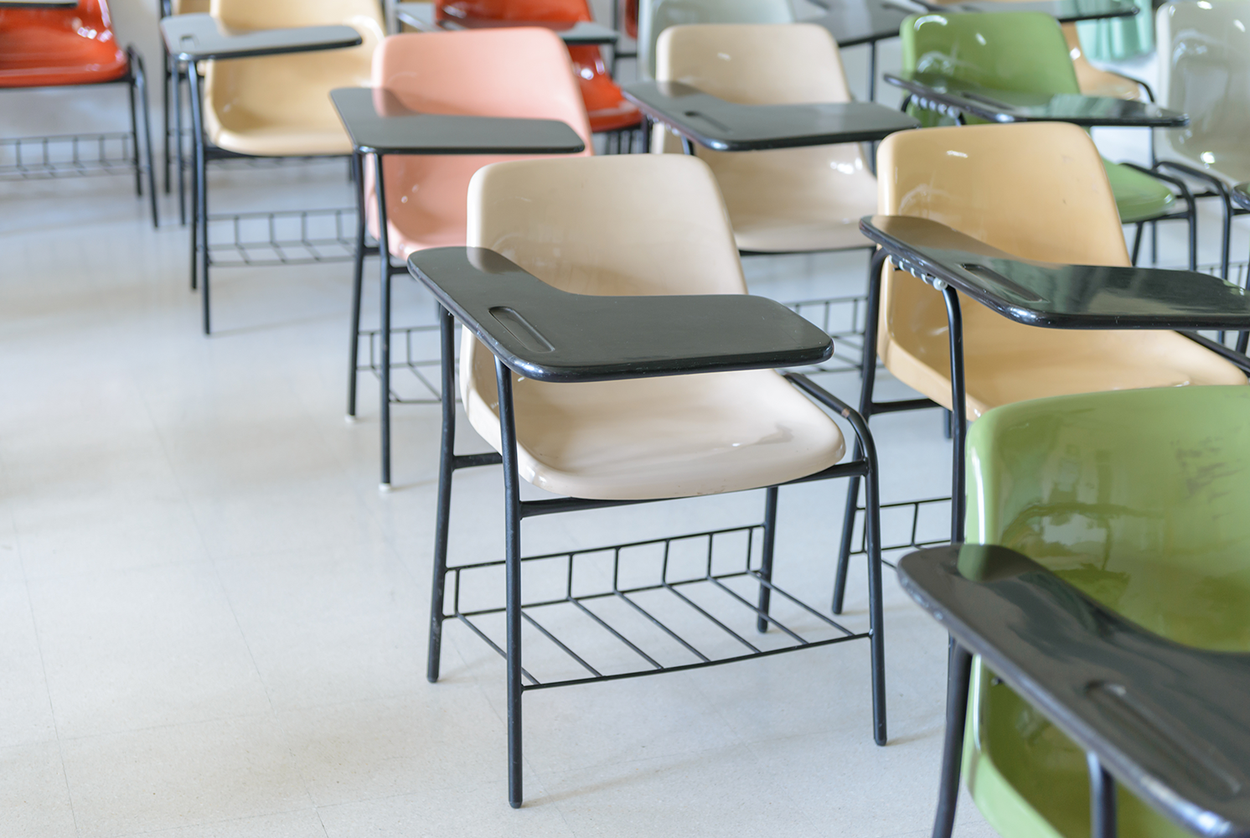 In 2006, in Dallas, a construction company sued a charter school, alleging that the school stiffed workers on a building contract to the tune of a couple hundred thousand dollars.

Eight years later, in Houston, a third grade teacher sued the charter school where she worked, alleging that it had falsified test scores, that it failed to properly provide for students with disabilities and that mold in her classroom had made her sick.

Their claims did not make it very far.

The teacher couldn’t sue the charter because, the Texas Supreme Court said, it’s not a government entity. The construction company couldn’t sue, the same court said years earlier, because it was.

Questions about the legal status of charter schools — which receive taxpayer money but are privately run, usually by nonprofit corporations — are broad, existential ones in Texas, where disputes over school funding are among the Legislature’s most contentious. But those categories take on intense practical significance in the courtroom, where the rules that govern private- and public-sector employers vary widely. In two significant Texas Supreme Court cases over the last decade, charter schools and their lawyers have sidestepped lawsuits over employment and contract issues by playing both sides of that fence. In some cases, charter schools can’t be sued because they’re government entities; in others, they’re immune because they’re private.

That difference is intentional. Charter schools were designed, as former Texas Supreme Court Justice Don Willett wrote in the construction company opinion, to “operate with greater flexibility than traditional public schools, in hopes of spurring innovation and improving student achievement.”

Because of that aim, charter schools are not subject to all the same laws as their traditional counterparts. That legal structure helps charter schools retain their “freedom and flexibility,” said Joseph Hoffer, who argued successfully for the charter school in the Houston case.

But some advocates point out that the rules for charter schools seem to target the wrong things.

The Whistleblower Act — which did not allow the teacher to sue — is perhaps the best example.

“How is it innovative to ensure that your employees are silenced if you are doing something inappropriate?” questioned Monty Exter, a lobbyist for the Association of Texas Professional Educators. “I would think that you would want to have those internal watchdogs looking out for kids.”

“When do the rules apply to you?”

There are a lot of unresolved legal issues surrounding charter schools, which are still relatively young educational institutions. Most of them center, as former State Board of Education Vice Chair Thomas Ratliff puts it, on the question, “Is a charter school a public school or a private entity?”

In 2015, lawmakers said that for the purposes of the law, charter schools should be considered government entities when the lawmakers say so — and only then.

Some of those “when”s are common sense. Charter schools are subject to the Texas Public Information Act and the Open Meetings Act. Their teachers can be covered by the Teacher Retirement System of Texas. And they enjoy, for the most part, the same protections and immunities from lawsuits that traditional public school districts have, said David Anderson, who worked as the Texas Education Agency’s general counsel for two decades.

In other instances, charter schools are considered private; in many cases, they’re protected from suit. That’s a good thing, Hoffer said.

“Remember,” he said, “since they’re publicly funded, we want to protect the public funds from being attacked.”

But traditional public schools subject to whistleblower claims are also publicly funded. Employees who claim retaliation under the law can win monetary damages or even get their jobs back. That’s not the case with charter schools, and advocates say it’s unfair that those schools are given essentially all the protections of a school district while also enjoying some benefits of private employers.

Lindsey Gordon, general counsel for the Texas Charter Schools Association, said the organization supports the Legislature’s current framework and protested that charter schools are not harder to sue than school districts. Every lawsuit, she argued, succeeds on its individual merits.

Meanwhile, charter schools have to follow some of the laws that many educators argue most directly impede schools’ ability to innovate. Charter schools are subject to the same test-based accountability system as school districts.

The legal exemptions, advocates said, seem not to foster creativity but rather to help the non-traditional schools avoid costly litigation.

“Charter schools are straddling the fence, on both sides, to make sure they have an advantageous legal position where it is harder to get them,” sad Evan Lange, a Dallas workers’ rights attorney who recently lost a case to an area charter school. “They take the benefits of being private and the benefits of being government. They’re choosing both.”

The Legislature has, in the past, added legal restrictions to charter schools when the need presented itself. In 2013, the Legislature brought nepotism laws for charter schools in line with those for other public schools. The change came after the Texas Education Agency investigated several potential abuses where charter school board members hired family members and paid them generous salaries.

The Whistleblower Act might very well go that way, said Thomas Fuller, a North Texas lawyer who works mostly with charter schools. While the law continues to develop on the relatively new species of school, there may be some “curious outcomes,” he said.

“It left a lot of us scratching our heads, too,” Fuller said. “I wouldn’t be surprised at all to see a number of those [bills] filed in the next session making charter schools subject to the Whistleblower’s Act.”

But in the meantime, advocates warn, the ruling could deter other charter school teachers from reporting abuse they see at work. Just this year, Michael Feinberg, the founder of one of the country’s most successful networks of charter schools, was dismissed following claims that he sexually abused a student in Houston in the 1990s. Cases like Feinberg’s make clear why it’s important for school personnel to feel safe bringing forward such allegations, advocates said.

And while the Legislature can go back and correct oversights that arise, it will be difficult for lawmakers to predict every possible legal fight that could ensnare a charter school — meaning more oversights are near-unavoidable.

“Not a good place to be an employee”

The peculiar legal status of charter schools has a particular impact on employees.

Teachers in traditional public schools enjoy a suite of protections that is not mandated for charter school teachers — including, for the most part, year-long contracts that grant teachers due process rights, Exter said. Texas charter school teachers don’t all have to be certified teachers, meaning they’re more easily replaced. They’re easier to fire in the middle of the year. And if they’re fired, they have even less recourse for challenging the decision.

That’s thanks to a ruling that came down in March. The case made a difficult scenario worse for teachers in a state that’s already “not a good place to be an employee,” said Lange, the Dallas workers’ attorney.

Charter school supporters might argue that more freedom for the schools allows them to get rid of bad teachers and bring in better ones.

But in a sector of public education with far less oversight than traditional school districts, it’s easy to see how a teacher could find herself fired and out of options. A public school teacher who speaks out against a school practice she disagrees with — STAAR testing, say — is protected from government retaliation by the First Amendment.

But, Lange said, a charter school employee, who enjoys no such protection, could be fired more easily. Their schools, meanwhile, can in one breath claim the privileges of being public and in the next enjoy the freedom of the private sector.

“They literally want to have their cake and eat it too. That’s all charter schools do,” Lange said.

Disclosure: The Association of Texas Professional Educators has been a financial supporter of The Texas Tribune, a nonprofit, nonpartisan news organization that is funded in part by donations from members, foundations and corporate sponsors. Financial supporters play no role in the Tribune’s journalism. Find a complete list of them here.

This article originally appeared in The Texas Tribune at https://www.texastribune.org/2018/04/20/texas-teachers-employee-benefits-dead-last-retirement-funding/.