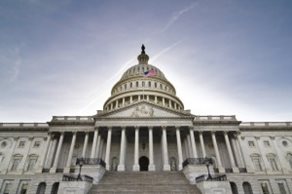 The military voucher proposal that ATPE's federal and state lobby teams have been working hard to fight in Washington was ruled not in order this week by the U.S. House Committee on Rules. The committee was responsible for determining whether the military voucher would be considered as an amendment on the floor of the U.S. House when the National Defense Authorization Act for Fiscal Year 2019 (NDAA) is set for a vote. While we were successful in stopping this attempt to advance vouchers for military families, we remain focused on future efforts aimed at creating federal vouchers in any form.

ATPE sent a letter to Rules Committee Chairman Pete Sessions (R-TX) two weeks ago that urged him to reject the misguided legislation as an amendment to the NDAA. The amendment was based on a bill titled HR 5199, the Education Savings Accounts for Military Families Act of 2018. We stressed in our letter to Chairman Sessions that “the $2,500 voucher program created by HR 5199 would drain limited dollars from both the public school system in Texas as well the Federal Impact Aid Program, hurting the very military-connected students it purports to help.” Our federal lobby team also spent the last two weeks successfully working with the Texas delegation in Congress to stress our opposition to the bill and build support for rejecting the bill as an amendment.

As we reported last week, the author of HR 5199 was facing stiff opposition from members of Congress, even those in his own party, who didn't support the bill or the amendment. Despite the pressure generated by ATPE and other groups who strongly oppose the amendment, like the Military Coalition, Rep. Jim Banks (R-IN) pressed forward with offering his amendment for consideration by the Rules Committee. Several members of the Texas delegation, including Chairman Sessions, are co-sponsors of the HR 5199, but even with that support the bill as an amendment ultimately failed this time.

The support for this bill from powerful members in Congress is why ATPE continues to stress the importance of educators staying actively engaged in both the state and federal advocacy process. Your voice is meaningful to your members of Congress and state legislators, and it is critical that they hear from you about these important issues. As a reminder, we offer an advocacy tool that allows educators to easily contact their representatives about key issues. The tool, Advocacy Central, offers email templates, phone scripts, tweets, and Facebook posts, that allow you to engage on multiple platforms with your state and federal representatives. On issues just like this one, your representative needs to hear from you! Stay engaged and tuned in to Teach the Vote to know when your voice needs to be heard!