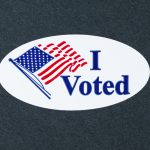 While dissecting yesterday’s election has only just begun, here are two immediate takeaways from last night.

First, turnout was up, and at least some — if not a lot — of that increased turnout was due to more educators embracing a culture of voting. Roughly 689,000 more Texans cast votes as compared to the last non-presidential primary in 2014. Approximately 200,000 more people cast a ballot in the Republican primary and just shy of 500,000 more people cast a ballot in the Democratic primary. Efforts by school districts, groups like Texas Educators Vote and Texans for Public Education, and many, many individual teachers created an energy which has unquestionably begun to translate into increased voter participation among the educator population. Educators should be proud of taking this first step, and should strive to continue to have even better engagement in future elections, including the upcoming runoff elections in many districts and the general election this fall.

The second takeaway: It was a good night to be an incumbent. With rare exceptions and regardless of partisanship or ideology, if you were an officeholder going into yesterday’s primary, you were still your party’s nominee coming out of the primary. Of the 59 contested races for a Texas House, Senate, State Board of Education, or statewide elected position where an incumbent was running against one or more challengers, the incumbent won in 50. That total increases to 51 if you count former longtime House member Trey Martinez Fisher, who won a primary against the current incumbent, as an incumbent. Two more incumbents could still prevail in the runoff election in May.

How did ATPE do?

Of the candidates the ATPE PAC invested in 72 percent won outright and another 8 percent are headed into runoffs as the top vote getters. Only 20 percent of the candidates ATPE PAC supported, including four challengers: Scott Milder, Jim Largent, Clint Bedsole, and James Wilson, did not prevail, despite running valiant races in defense of public education. Those are phenomenal win loss numbers for any PAC.

After a brief rest, ATPE and our pro-education allies will turn our attention the May 22 primary runoffs. But for today, congratulations to the winning candidates, condolences to those who did not prevail, good luck to those moving on to round two, and the most heartfelt of thanks to all of those Texans, including thousands upon thousands of active and retired educators, who took on their civic duty as voters!

Republican primary results can be found at this page.

Democratic primary results can be found at this page.