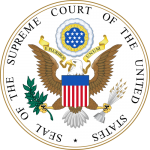 The Supreme Court of the United States delivered a ruling today in Janus v. American Federation of State, County and Municipal Employees, Council 31 (AFSCME). The case revolved around Mark Janus, a non-union member who argued he should not have to pay “agency fees” collected by the union in his state of Illinois to cover the cost of the union’s collective bargaining activities. The court ruled 5-4 in favor of the plaintiff, Mr. Janus, in determining that forcing workers who do not wish to join a union to still have to pay fees to a union is unconstitutional.

The outcome of this case, which has been anticipated for months, affects not only Mr. Janus and other public sector workers, including teachers, in the state of Illinois, but also potentially impacts public sector workers in 26 other states. Those affected states, which do not include Texas, are those that do not have right-to-work laws in place and where agency fees are currently legal.

As a non-union professional association, ATPE was founded on the principles that educators should have the right to choose which organizations with which they want to associate. We believe public education is an inherently collaborative endeavor that should not be divided into management versus labor, and that all educators should have a seat at the table when it comes to collaborating with school district leaders on pay and other contract issues, regardless of organizational affiliation. These rights, which were at the heart of the Janus case, are embodied by the right-to-work laws that have long been enjoyed by Texas educators.

In response to the court’s ruling, ATPE has released the following statement.

Stay tuned to Teach the Vote for additional analysis on this, and any other rulings, likely to impact public education or public school educators.