The Texas Commission on Public School Finance met Tuesday in Austin for a discussion on English learners. Opening the meeting, commission Chair Scott Brister urged the working groups assigned to study different aspects of school finance to be specific in the recommendations they make. In particular, Brister said the commission should strive to reach a consensus on the numbers: How much is the state spending on public education? Is it raising or cutting funding? Should textbooks be included in the cost of education? 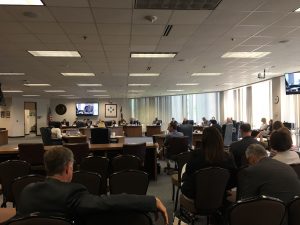 It’s important to note that most of these numbers are readily available from the Legislative Budget Board and are not in dispute. The disagreement has arisen as a result of some witnesses and commission members attempting to use alternative calculations that are not used in state accounting documents, usually in an attempt to inflate spending figures. Part of the argument used by those hoping to privatize public education is that the state spends enough on public schools already. Compared to other states, Texas ranks in the bottom 10 in per-pupil spending.

The English learners discussion began with invited witnesses pointing out the benefits of dual-language programs over traditional English as a Second Language (ESL) models. Texas has a high percentage of English learners, who benefit the most from strong language instruction early in their academic careers. Students who don’t become proficient in English in elementary school are increasingly likely to struggle later on, and are at a higher risk of failing to graduate. Chair Brister expressed concern over the cost of high-quality programs for English learners. Conversely, state Sen. Royce West (D-Dallas) warned of the future costs of failing to ensure students successfully learn English.

A witness from the Mark Twain Dual Language Academy in San Antonio explained that most of the costs of dual language program are related to start-up, such as training and hiring bilingual educators. The challenge for many schools is hiring educators from a limited pool of certified teachers who are highly proficient in both English and Spanish.

The next panel focused on supports for teachers in general. Texas Education Agency (TEA) Commissioner Mike Morath testified that the evidence supports the idea that teachers should be paid significantly more, which would aid retention at high-poverty schools. Morath suggested it is also possible to develop an evaluation system that can identify high quality teachers, and advised the commission that a policy framework to provide better pay for high-quality teachers will require long-term commitment by the state, not a one-time grant or budget rider.

The commissioner discussed legislation filed during the special session of the 85th Texas Legislature that would have created a system of tiered certification distinctions tied to significant increases in pay. For example, a “master teacher” who has received a national certification and fulfilled additional requirements and serves at a rural or high-poverty campus could earn up to $20,000 more.

State Rep. Dan Huberty (R-Houston), who chairs the House Public Education Committee, said he declined to support the bill because of the cost it would have imposed on a long-term basis. Morath emphasized that higher pay is a long-term strategy and would not improve current performance, rather it would recruit and retain better quality educators in the future. In endorsing the idea, Morath indicated it will only work if the funding is baked into the funding formulas for school districts. The commissioner also suggested that one of the bill’s flaws was calibrating the process of identifying high-performing teachers, explaining that each school principal could have a different opinion when it comes to what defines a great teacher.

Responding to a question about high-stakes testing from State Board of Education (SBOE) Member Keven Ellis (R-Lufkin), Morath said testing would have to be at least one component of a program that evaluates teacher quality. The commissioner suggested there should also be an observational component and perhaps a student survey, which is included in the Dallas ISD program upon which the bill was based.

Commission member Todd Williams also noted that there is no incentive for teachers to work in high-poverty or rural schools. In addition, teachers who are at the top of the pay scale cannot increase their pay without leaving the classroom and becoming an administrator, which means their teaching talent would be removed from the system. Finally, Williams noted that there is no incentive for teacher candidates to choose a high-quality preparation program over a cheaper, fly-by-night program. Williams suggested creating incentives in these areas could increase teacher quality and retention.

Concluding his testimony, Morath said that investing in better quality teachers would lead to better-prepared students graduating and pursuing more lucrative jobs. That, combined with teachers themselves earning more, would materially increase the state’s GDP. Morath reasoned this would have a positive and measurable impact on the Texas economy.

Following up on Morath’s testimony, Alief ISD Superintendent H.D. Chambers noted that rising health care costs have also driven teachers out of the profession. Chambers said children need to come to kindergarten ready to go to school, which pre-K helps accomplish, and must be reading on grade level by the third grade. Quality teachers should be in all classrooms, which is helped by differentiated teacher pay, such as paying teachers more to teach in more challenging classrooms.

San Antonio ISD fourth grade teacher Sarah Perez, who is also a Teach Plus Policy Fellow, rounded out the panel on educator supports. Perez testified that students need more social and emotional supports, such as counseling services. According to Perez, a teacher survey by Teach Plus found that teachers identify large class sizes and low teacher pay as having a negative impact on student learning. So do inadequate facilities and limited access to technology or funding for classroom expenses. This led to a lively discussion regarding how much the state could reimburse teachers for classroom expenses and how renewing this program could be done using technology, such as a debit card.

The rest of the day’s panels focused on “inefficiencies” in public education. Michael Szabo, a high school math teacher from Galena Park ISD, gave moving testimony about the struggles his students face. Some deal with teen pregnancy, homelessness, deportation, absent parents and other issues that distract from their ability to concentrate on schoolwork. At the same time, they and the school are being judged based on their performance on standardized tests. Instead, Szabo suggested tying performance evaluation to the percentage of graduates who enter the workforce, as well as those who are incarcerated or end up on welfare.

Other witnesses testified regarding reviewing special program allotments and how those funds can be spent. That included raising the compensatory allotment and easing back spending requirements. Responding to a question about charter schools, one witness noted that while charter school teachers are eligible to participate in the Teacher Retirement System (TRS) of Texas, charters are not required to pay into the system. Another district suggested requiring charter schools to provide more notice and information to the district before setting up shop within a district’s borders and a “universal wait list” for charters. Some charters have touted dubious statistics regarding the number of students who are on wait lists. At the conclusion of the meeting, Brister invited a representative from a charter school to advocate for charters in general.

Districts requested more flexibility with regard to instruction time, as well as accessing the virtual school network. Districts also identified unfunded mandates and the unique challenges facing small, rural districts as drivers of inefficiency. There was some discussion as well from members of the commission who suggested districts faced with burdensome regulations consider becoming districts of innovation (DOI). It’s important to note that despite the perceived benefits of becoming a DOI, most districts have used DOI to hire uncertified teachers and expand class sizes beyond the statutory maximum. These are cost-cutting measures that ultimately hurt students.

The commission working group on expenditures is scheduled to meet Wednesday morning. The next meeting of the full commission is July 10.