The Board of Directors for the Teacher Retirement System (TRS) met this week to discuss the pension fund's assumed rate of return. Today the board voted to reduce the rate of return from 8% to 7.25%, anticipating a decline in investment revenue. It is now up to the legislature to provide additional funding for TRS in order to prevent a shortfall and stretch the already dwindling resources of educators even further. ATPE Lobbyist Monty Exter testified at the TRS board meeting and explains more about the decision in this post, which also includes a fact sheet provided by TRS staff.

This week the Senate Select Committee on Violence in Schools and School Security met to discuss the last of the four charges assigned to them by the Lt. Governor. The panel heard invited and public testimony regarding best practices for preventing violence in schools and other topics. Not much longer after the hearing, Lt. Gov. Dan Patrick released a statement in which he said he would not support "red flag" laws, laws aimed at seizing the guns of those deemed a danger to themselves or others, citing failed legislation from last session as well as Gov. Abbott's recent reticence to support red flag laws. The committee will now deliberate and release a report during the first week of August. More details about the hearing can be found in this post by ATPE Lobbyist Kate Kuhlmann. 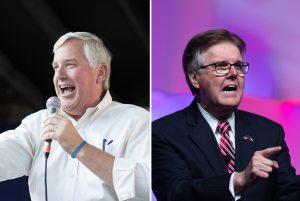 Lt. Gov. Dan Patrick currently has no plans to debate his Democratic opponent, Mike Collier, despite repeated calls from the Collier campaign and many voters interested in the race for lieutenant governor. In a statement to the Texas Tribune, Allen Blakemore, a strategist for the Patrick campaign said the following:

“It’s no secret Lt. Governor Patrick relishes debates, but since his opponent shows no sign of grasping even the most basic rudiments of state government, our campaign has no plans to debate him.”

In response to this statement, the grassroots educators group Texans for Public Education offered to facilitate the debate by offering assistance "with location, moderation, with time and date..." and other details. The full statement from the group can be read here.

Read more in this story from the Texas Tribune. 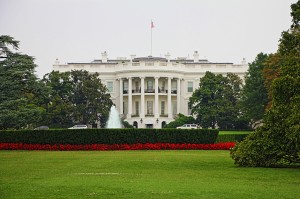 Earlier this week, both the U.S. House and Senate approved legislation aimed at revising the federal law that governs career and technical education (CTE). The Senate first passed a bill reauthorizing the Perkins Career and Technical Education Act. The House concurred with the Senate's changes and the bill was sent to the President. At this time, President Trump has not yet signed the bill, but it is likely that he will. ATPE Lobbyist Kate Kuhlmann provides more information here.

It’s December! As ATPE gears up to fight for public education in the Texas legislative session that starts next month, we’re also pushing the U.S. Congress to pass an important bill before their session ends.