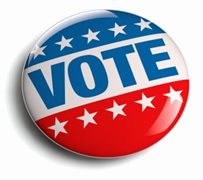 ELECTION UPDATE: Tuesday, Feb. 20, marks the start of early voting for the March 6 primary elections. ATPE is urging all educators and registered voters in Texas to participate in the primaries, where most of Texas's elected offices are filled. For more tips on when and where to vote, check out this blog post from ATPE Political Involvement Coordinator Edwin Ortiz.

We've known for a long time that educators have power to use their numbers to influence the outcomes of these pivotal primaries. Now it's becoming clear that some politicians and special interest groups are very worried about the potential for high voter turnout within the education community. With enthusiasm growing among grassroots groups like Texans for Public Education, which is promoting a #blockvote campaign to elect pro-public education lawmakers in the Republican primary, some elected officials facing primary challengers are taking to the airwaves in a last-ditch effort to tout their own records on education. For example, the Texas Tribune reports that Lt. Gov. Dan Patrick spent $5.1 million in January for television ads, amounting to roughly one-third of his campaign war chest. Several of the lieutenant governor's ads, both on tv and radio, feature claims about support for public education and efforts to raise teachers' salaries by $10,000, but many are questioning the veracity of the ads in light of failed leadership-backed bills last session that called for much lower pay increases, which school districts would have been forced to fund without new or additional money from the state.

Another group aiming to influence these elections is the Texas Educators Vote coalition, of which ATPE is proud to be a member. We are continuing our efforts to get out the vote, despite disturbing attempts by some in power to intimidate school leaders and shut down our nonpartisan initiatives. This week, Attorney General Ken Paxton issued cease and desist letters to three school districts, alleging that their leaders had used school district resources for "unlawful electioneering." The basis for the threatening letters from the AG's office appears to be a handful of Twitter posts and retweets, which likely involved no expenditure of school district funds, and some districts' adoption of our coalition's nonpartisan resolution promoting a "culture of voting," which obviously does not advocate in any way for specific candidates or ballot measures.

ATPE is dismayed that school board members and administrators are being unfairly targeted for efforts to encourage educators to vote, and that support for public education in general is now being characterized by some elected officials as a "partisan" endeavor. ATPE is not alone in objecting to the witch hunt; Sen. Jose Menendez (D-San Antonio) this week wrote back to AG Paxton asking him to withdraw the cease and desist letters. In his letter, Sen. Menendez wrote, "As elected officials,... our role includes urging people to vote, not intimidating them from participating in this highly regarded democratic process." Menendez further suggested that intervention by the federal Department of Justice might become necessary.

We at ATPE have worked along with other members of the Texas Educators Vote coalition to help educators understand the restrictions on using school district resources for political advertising, and we believe that most, if not all, school officials have complied with the law. It is not illegal for individual educators to endorse candidates, and there is nothing partisan or illegal about encouraging school employees to vote and to support the cause of public education. We hope that Texas voters will not be deterred by the efforts of a few politicians and dark money groups to keep educators from exercising their constitutional right, and we encourage the school community to continue spreading the word about the importance of the 2018 elections. Most importantly, get out and vote early next week!

The Teacher Retirement System (TRS) board of trustees has been meeting in Edinburg, Texas this week. ATPE Lobbyist Monty Exter reports that the board has been discussing a change to the retirement fund's assumed rate of return, which will have a significant impact on the future of the fund and budget discussions when the legislature returns in January 2019.

For more on the implications of these changes, read Exter's blog post this week about the additional funding that TRS will be needing and why the upcoming primary elections will have so much impact on active and retired teachers' pensions and healthcare.

On Friday, the Texas Education Agency (TEA) announced that it will be extending to Tuesday, February 20, the deadline for members of the public to participate in a survey regarding its corrective action plan for special education.

In January, TEA released the initial draft of a plan to make good on the state’s legal obligation to serve all students with special needs. The U.S. Department of Education ordered the state to take corrective action after an investigation by the Houston Chronicle revealed that the state had wrongfully denied special education services to thousands of Texas children through the enforcement of a de facto cap on the number of students allowed to participate.

Members of the public are encouraged to review the four-point plan and submit feedback by taking an online survey available on the TEA website. The survey was originally scheduled to close Sunday, February 18, but the agency announced Friday that survey responses will be accepted through Tuesday, February 20. According to the TEA, the survey takes roughly 15 to 20 minutes to complete.

Once public comments have been received, a revised draft plan will be posted and open to additional feedback in March.

President Trump released his 2019 federal budget proposal this week, which highlight's the president's priorities before lawmakers begin work on the actual budget in Congress.

Much like last year’s budget request, Trump’s 2019 budget proposal requests a big chunk of funding for public and private school choice, maintains funding levels for Title I and special education, and seeks large cuts to hand-chosen K-12 programs within the Department of Education (ED). Read more about the president's proposal in this post by ATPE Lobbyist Kate Kuhlmann.