From the Texas Tribune: One Texas Board of Education primary result could spell a return to culture wars 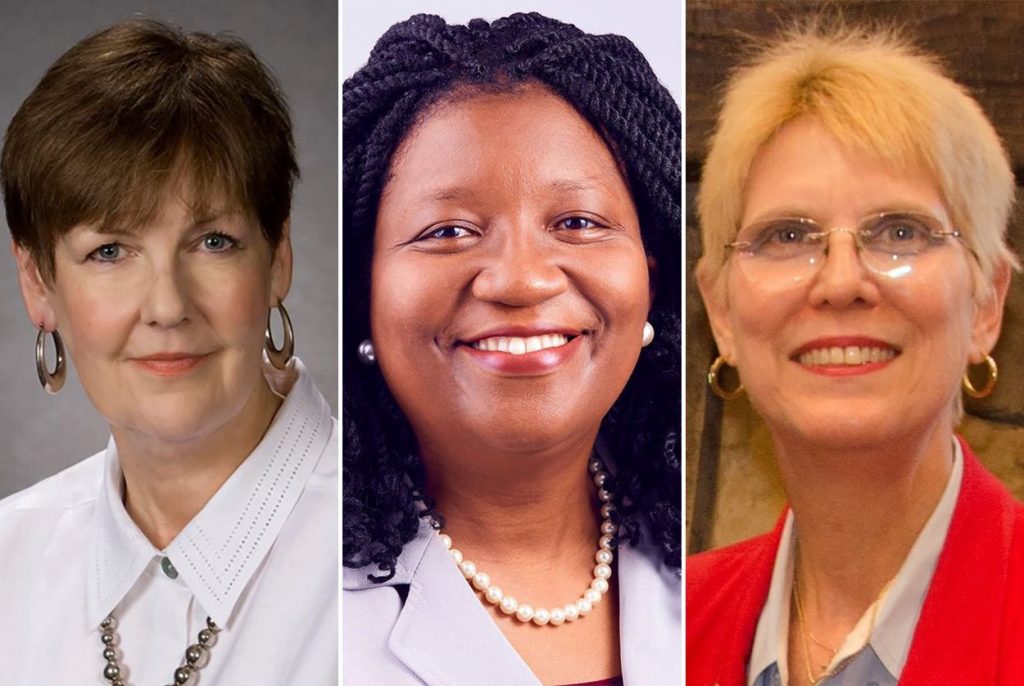 Over her 16 years on the State Board of Education, Pat Hardy has rallied for her share of socially conservative measures. She’s endorsed keeping “pro-American” values in history textbooks. She’s backed emphasizing “states’ rights” instead of slavery as the cause of the Civil War. And she’s supported teaching “both sides” of arguments around climate change.

But her Republican challengers in the March 6 primaries — Feyi Obamehinti and Cheryl Surber— are telling voters that they’re even further to the right. (Surber’s campaign Facebook page even refers to her as the “Donald Trump of the Texas State Board of Education” candidate.)

“It’s probably true!” Hardy said. “Which is funny because I’m very conservative. But they are to the right of me.”

The Fort Worth representative, a retired public school social studies teacher, is fighting to keep her seat in one of the most anticipated State Board of Education contests this year. Hardy’s District 11 seat is one of seven up in the 2018 midterms, including three other seats where incumbents are also fending off challengers. Three other incumbents are stepping down, prompting open races.

But experts say Hardy’s race in particular could help determine whether the board will retain its recent political equilibrium or return to a more polarized iteration characterized by frequent head-butting among the board’s liberal, moderate Republican and social conservative factions, which has earned it national notoriety for decades.

“With three open seats, this is a really important election for the state board, because the board has moved closer to the center over the last several election cycles,” said Dan Quinn, spokesperson for left-leaning state board watchdog Texas Freedom Network. “The question is whether it will continue to do that or if we’ll see a swing back to the fringe politics that have dominated the board for the last 20 years, or longer than 20 years.”

Whoever wins will be responsible for setting curriculum standards and making textbook recommendations for schools across the state, deciding what 5.4 million Texas students learn.

Over the next couple of years, the new board’s responsibilities will include the politically fraught duty of tackling a full revision of health standards, including how schools teach sex education, informing the content for textbooks Texas teachers will use for years.

“What students learn about contraception in a state with one of the highest rates of teen birth rates in the nation will be up for debate,” Quinn said.

The State Board of Education has 15 members, each representing nearly 2 million Texans. Though the board is made up of 10 Republicans and five Democrats, its debates often divide the board three ways — between Democrats, moderate conservatives and social conservatives.

Hardy describes herself as a Republican who doesn’t always fit the mold, often a swing vote on the board.

“You have a balance on the board, which means that each of those three groups are compelled to work with one of the others to accomplish their goals,” said David Anderson, a longtime education lobbyist at Hillco Partners. “If you lose Pat to one of the other two candidates, you lose a critical part of that balance.”

Hardy does not believe Texas should subsidize private school tuition for parents. “I’ve always felt the public school was a unique thing that historically set us apart from other countries because we had free education,” she said.

Her opponents argue parents should be able to use state money to go to any type of school they want. Obamehinti, a former public school teacher and current education consultant from Keller, also homeschooled her daughter for 11 years and wants to make it easier for other parents to have the same option.

The board has no jurisdiction over whether to approve vouchers or similar programs, but candidates’ views on this issue may indicate whether they want to improve the current public education system or overhaul it in favor of a more free-market approach.

Obamehinti also supports teaching creationism in science classrooms and is skeptical of the idea that the state should approve a Mexican-American studies course, a current consideration on the board. She argues she can do a better job of reaching out to constituents than Hardy has done. “I live in District 11, and I have never had any outreach in 16 years,” she said.

Surber said she would never be a swing vote on the board. “I’m like the Donald Trump of this race. I want to hear various sides, even sides that might disagree with me,” she said. She said she is not in favor of a Mexican-American studies course for Texas because students are “in the United States of America. We’re not in Mexico. We’re not in Canada. We need to learn American history.”

She holds extreme views on many subjects and often affirms various conspiracy theories on her personal Facebook page. This week, she put up a few posts suggesting survivors of the Parkland, Florida, mass shooting who have publicly advocated for gun control measures are “crisis actors,” not students, a notion that has been widely debunked.

Two Democrats are also running for Hardy’s seat: Carla Morton, a pediatric neuropsychologist and special education advocate in Fort Worth, and Celeste Light, who has no campaign website set up and has not responded to media requests for comment.

Three State Board members — Beaumont Republican David Bradley, Dallas Republican Geraldine “Tincy” Miller and Fort Worth Democrat Erika Beltran — are stepping down this year. In all three seats, a candidate from the incumbent’s party is running unopposed in the primary: Matt Robinson in Bradley’s District 7, Pam Little in Miller’s District 12, and Aicha Davis in Beltran’s District 13.

Given their voting history, those districts are unlikely to change party hands, meaning those three candidates will win, said Mark Jones, political science professor at Rice University. “We often talk about how the primaries are decisive. In the State Board of Education, they’re 100 percent decisive,” he said. “There’s no doubt whatsoever about who’s going to win in November because of the way the districts have been drawn.”

Bradley, one of those incumbents, is widely considered one of the most socially conservative and most divisive members on the board, supporting abstinence-only education and creationism in science classes.

“I reject the notion by the left of a constitutional separation of church and state,” he said, before the board voted to adopt more right-leaning social studies curriculum standards in 2010. “I have $1,000 for the charity of your choice if you can find it in the Constitution.”

In 2016, he sent an email proposing board members walk out of a discussion about a Mexican-American studies textbook that advocates and academics considered racist, in order to “deny the Hispanics a record vote.”

Bradley’s likely replacement is Robinson, a Friendswood ISD board member and physician, the only Republican running for the District 7 seat. Bradley endorsed Robinson a few months after he filed paperwork to run.

“Generally speaking, if you voted for David Bradley in the past, you’d feel good about voting for me,” Robinson said. “If you didn’t, you might still be happy with me.”

Robinson said schools should teach abstinence-only sexual education: “I think that should be the limit of what they do.”

He supports state subsidy programs that would help parents pay for private schools, such as vouchers or education savings accounts — generally opposed by public education advocates, who see the subsidies as a potential financial drain on public schools.

But, unlike many conservatives who support these subsidies, Robinson argues a child who takes state money to a private school should have to take the state standardized test or participate in some other form of state accountability. “It would not really be fair to have no restrictions or oversight whatsoever for private schools where state dollars are going,” he said.

Miller, also leaving her seat at the end of the year, is generally considered more moderate than Bradley and is best known for pushing the state’s first law mandating schools serve kids with dyslexia. Miller has endorsed her likely replacement, Pam Little, who is a retired regional vice president at publishing company Houghton Mifflin. Little said she supports abstinence as the first approach to sex education, and has not yet made up her mind on whether health standards should include education on contraception.

When Little ran for Miller’s seat in 2012, she said that local communities should be able to decide whether to offer any additional sex education, given the state’s high teen pregnancy rate.

Beltran endorsed Davis, her likely replacement, upon retiring from the board. A 2011 transplant to Texas, Davis has been a middle and high school science and engineering teacher for the past decade.

Disclosure: Hillco Partners and Rice University have been financial supporters of The Texas Tribune, a nonprofit, nonpartisan news organization that is funded in part by donations from members, foundations and corporate sponsors. Financial supporters play no role in the Tribune’s journalism. Find a complete list of them here.

This article originally appeared in The Texas Tribune at https://www.texastribune.org/2018/02/23/texas-board-education-primary-could-spell-return-culture-wars/.