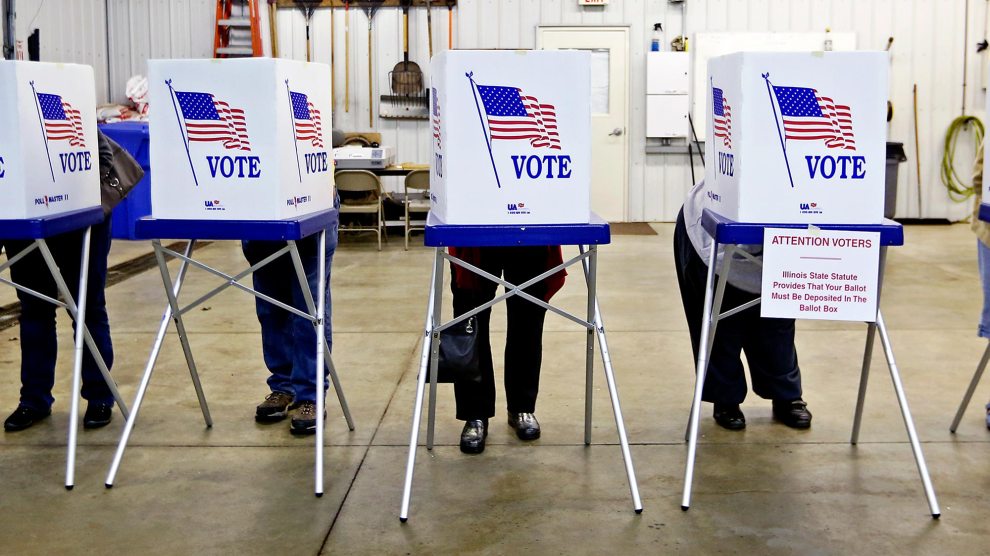 Texas primary elections are slated for March 6, 2018. In addition to voting for candidates, primary voters will weigh in on a number of ballot propositions. As we shared with you recently on our Teach the Vote blog, these primary ballot propositions are not the same as constitutional referenda or local propositions. The primary ballot measures laid out by each party do not have any force of law, but are instead used by the Republican and Democratic parties to help develop each party’s state platform, or the list of things the party and its members generally believe in and are working toward making into law.

Each of these two parties has more than ten ballot propositions they are putting up for voters to consider in 2018, and some of the propositions have implications for public education. Several ATPE members have asked us to provide additional background on the propositions and guidance on where voters may find additional information about what they mean.

If you are voting in the Republican primary, your first non-binding proposition on the ballot asks whether “Texas should replace the property tax system with an appropriate consumption tax equivalent.” One blog reader asked ATPE for a layman’s explanation of the proposition. According to additional information on the Texas Republican Party’s website, Proposition #1 relates to an existing plank in the state party’s 2016 platform that called for replacing the property tax system with another form of taxation, but not an income tax. The party’s delegates in 2016 preferred a tax that would be based on how much an individual or business consumes. The most commonly known form of consumption tax is sales tax. Under current law, the bulk of funding for Texas public education is generated locally through property taxes. Accordingly, we believe this proposition from the Texas Republican Party contemplates funding Texas public schools with higher sales taxes or some other form of more variable consumption tax in lieu of property taxes.

What would be required to eliminate the property tax by increasing the sales tax? In 2016, sales taxes generated $36 billion in state and local revenue, while property taxes generated more than $56 billion. According to the non-profit Texas Taxpayers and Research Association, the state sales tax would have to be raised from 6.25 to 23 percent, using the current tax base, to make up for revenue lost from eliminating the property tax. If you expanded the sales tax base by taxing things like groceries, gas, water, medicine, and electric bills, as well as adding sales tax for services like those provided by doctors, lawyers, and architects, Texas would still have to raise the state sales tax to at least 15 percent in order for sales taxes to replace the current revenue from property taxes. When you add on the 2 percent local sales tax, you would end up with a total sales tax range of 17 to 25 percent.

Republican primary voters will also see a proposition on their ballot that pertains to paying for private or home schools. The Texas Republican Party’s Proposition #5 asks whether or not “Texas families should be empowered to choose from public, private, charter, or homeschool options for their children’s education, using tax credits or exemptions without government constraints or intrusion.” Some members have asked ATPE what this proposition means. Under current law, Texas families can already “choose from public, private, charter, or homeschool options for their children’s education.” Current laws at the state and federal level also enforce very little regulation on private schools, while homeschools exist with almost no government regulation. On the other hand, traditional public schools and public charter schools are considerably more regulated and are both subject to the state accountability system while being made available to students at no direct cost to their parents. Since Texas families already have school choice under the law, this ballot proposition seemingly seeks input on whether or not the state should create some new form of voucher system that would fund private and or homeschool settings without attaching any accountability (“government constraints or intrusion”) to those public funds.

Another GOP ballot measure that mentions public schools this year is Proposition #6, which reads, “Texas should protect the privacy and safety of women and children in spaces such as bathrooms, locker rooms, and showers in all Texas schools and government buildings.” As with the first ballot measure discussed above, you have to compare this language to current law in order to unpack what the measure is actually proposing.

Texas already has multiple laws that protect women and children (and men for that matter) from harassment, assault, rape, murder, child abuse, and other specific crimes, whether those crimes occur in a bathroom, locker room, shower, or anywhere else. According to the Texas Republican Party’s voter guide explaining its 2018 ballot, this particular proposition is aimed at protecting against “some schools” that the party’s leaders say have “tried to allow boys to have access to girls’ private areas, including school showers and restrooms.” This proposition revisits the subject matter of some controversial bills that were filed during the 2017 legislative sessions but did not pass regarding school district policies on bathroom usage by transgender children. Texas does not have a state law prohibiting transgender children from entering a restroom matching the gender with which they identify. Currently, school districts or individual campuses set policies locally to determine how to address individual student situations and requests from families. This ballot proposition appears to contemplate whether or not there should be a single state law that supersedes any local policies.

A final GOP ballot measure that would impact public schools and other local entities has to do with property tax revenue. Proposition #10 reads, “To slow the growth of property taxes, yearly revenue increases should be capped at 4%, with increases in excess of 4% requiring voter approval.” 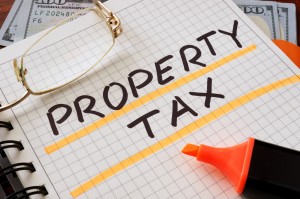 To address questions about what this proposition means, it’s helpful to consider how local school funding is currently generated and what types of tax increases require voter approval under existing law.

About two-thirds of the money used to pay for local schools is derived from local property tax collections. As a result, any significant change to the property tax system is likely to affect school funding. Unlike most other local entities, the vast majority of schools are already subject to rollback elections if school district trustees choose to raise their local tax rate above current levels. This 2018 Republican party ballot proposition, however, speaks to revenue, which is a combination of tax rates and property values. Currently, if a school district’s revenue increases due to a rise in property values, and not because of an increase in the property tax rate, the district does not have to conduct a rollback election. Under a four percent revenue cap that is being proposed by the Texas Republican Party leadership, school districts would have to conduct a rollback election every time their revenue from increased property values exceeds four percent. It’s worth noting that rollback elections are themselves expensive to conduct and are funded out of money that would otherwise be spent by the school district educating students. This proposition contemplates that if voters do not approve of the increase in revenue, the district would likely have to decrease its property tax rate in order to bring down its total revenue increase to four percent or less.

As a side note, the Texas legislature has used increases in local property values to offset its own decreases in per-pupil state funding for more than a decade. This is why the ratio of state to local public education spending has gone from roughly 50/50 about ten years ago to 38/62 (or less) by 2019.

If you are voting in the Democratic primary this year, your ballot will include Proposition #1 asking, “Should everyone in Texas have the right to quality public education from pre-k to 12th grade, and affordable college and career training without the burden of crushing student loan debt?” According to the Texas Democratic Party, the ballot measure is one of a set of propositions dubbed by party leaders as “The Texas Bill of Rights; 12 Big, Bold Ideas to Save Texas.”

Focusing on the pre-K through 12th grade portion of the language in this first proposition, it is unclear by the ballot language itself exactly what specific policies the Democratic party is attaching to ensuring each Texan’s “right to a quality public education.” There are dozens, if not hundreds, of potential initiatives that could fall under ensuring a quality education for every Texan. However, a closer look at the party’s 2016 state platform reveals that the party believes, “Every child should have access to an educational program that values highly skilled teachers and encourages critical thinking and creativity, without the harmful impact of high stakes standardized testing.” The party’s 2016 platform also contains several specific recommendations for funding Texas public schools, reducing recapture, ensuring that all mandates are funded, opposing using public tax dollars for private schools, prioritizing resources for pre-Kindergarten, addressing teacher quality through higher pay and teacher certification standards, reducing high-stakes testing, and other initiatives. 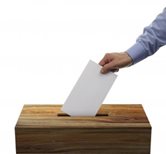 Click here to view the complete set of nonbinding propositions for the Republican and Democratic primary ballots in the 2018 primary election. For additional information about individual propositions, ATPE encourages you to check out the websites of the Texas Democratic Party and Republican Party. Remember that it is against the law for educators to use school district resources to communicate support or opposition for a ballot measure or candidate, but you can share nonpartisan and general information about the elections and the importance of voting.

Be an informed voter and use your educator voice to share input on your party's platform. Get out and vote in the 2018 Texas primaries!