The Texas Commission on Public School Finance met this morning, Feb. 22, in Austin to consider another round of testimony, this time largely focused on teacher quality. Chairman Justice Scott Brister began the meeting by announcing subcommittee assignments. 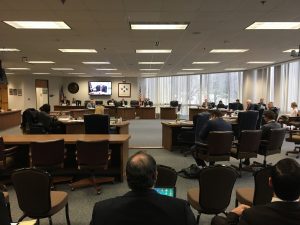 The first to testify was Texas Education Agency (TEA) Chief School Finance Officer Leo Lopez, who presented information that $28.8 billion of combined state, local, and federal funding was spent on instruction in 2016, which comprised 47.7 percent of total education spending. Rep. Huberty, who chairs the House Public Education Committee, pointed out that when factoring in instructional materials and other classroom supports, the 47.7 percent figure does not accurately capture the percentage of funding spent directly on students in the classroom.

Rep. Bernal, who is vice-chair of the House Public Education Committee, asked about the cost to the state that can be attributed to teacher turnover. Austin ISD Chief Financial Officer Nicole Conley Johnson answered that each teacher who leaves her district costs between $7,000 and $12,000, which doesn’t even address the negative impact on students. Teacher turnover has been estimated to cost the nation $2.2 billion per year.

The commission heard next from Dr. Eric Hanushek, a professional paid witness who has made a living for decades testifying in court against efforts to increase and equalize school funding, as well as advocating for private school vouchers. Hanushek laid most of the blame for poor student performance at the feet of teachers, but argued against increasing teacher pay. Member Ellis contended that there is a strong statistical relationship between total school spending and results, and that how much is being spent is at least of equal importance as the manner in which the money is spent. Several other commission members, including Conley Johnson and Rep. Bernal, pushed back on Hanushek’s attempts to minimize the importance of adequate school funding.

Dallas ISD Superintendent Michael Hinojisa testified regarding his district’s efforts to implement a robust performance-based pay system. The Dallas system provides teachers significant tiered pay increases based on performance. Rep. Huberty lauded the concept, but raised questions about cost and affordability. Hinojosa conceded that the program is unsustainable going forward, and as such is being “recalibrated” in order to bring costs under control. Hinojosa also pointed out that public school districts offer many “school choice” options, which include magnet schools and district transfers. According to data presented by Todd Williams, who advises Dallas Mayor Mike Rawlings on education policy, implementing Dallas ISD’s ACE program costs $1,295 per student, or roughly $800,000 per campus. The commission heard from several more witnesses describing various performance pay programs. 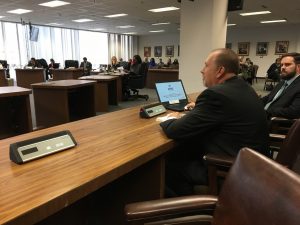 ATPE executive director Gary Godsey testified before the commission, and began by stating the obvious: Texas schools need more money. Godsey informed the commission that teachers often experience low morale, difficult working conditions, and the feeling they are underappreciated. Teacher turnover costs Texas an estimated $500 million per year. Some initiatives, such as mentorship programs, could reduce turnover with a minimal impact on school budgets. Regarding pay, Godsey testified that teachers are very concerned about efforts to repeal the minimum salary schedule (MSS), which guarantees a minimum level of pay for educators that increases over time. In addition to other low-cost initiatives to reduce turnover, Godsey suggested modifying funding weights and tracking the distribution of teacher quality. Regarding performance pay programs, ATPE Lobbyist Monty Exter testified that incentive pay must be complemented by adequate base pay and should not be tied solely to student test scores. Exter added that any incentive pay program must be financially viable in the long term in order to achieve buy-in from educators and administrators.

The final panel addressed prekindergarten programs, and witnesses emphasized the importance of pre-K in getting children prepared to learn and excel in elementary school. Witnesses testified that dollars invested in early education are dollars saved in remediation later on in a student’s educational career.

The commission is scheduled to meet next on March 7, followed by a March 19 meeting that will be open to comments from members of the public. Another meeting is scheduled for April 5.