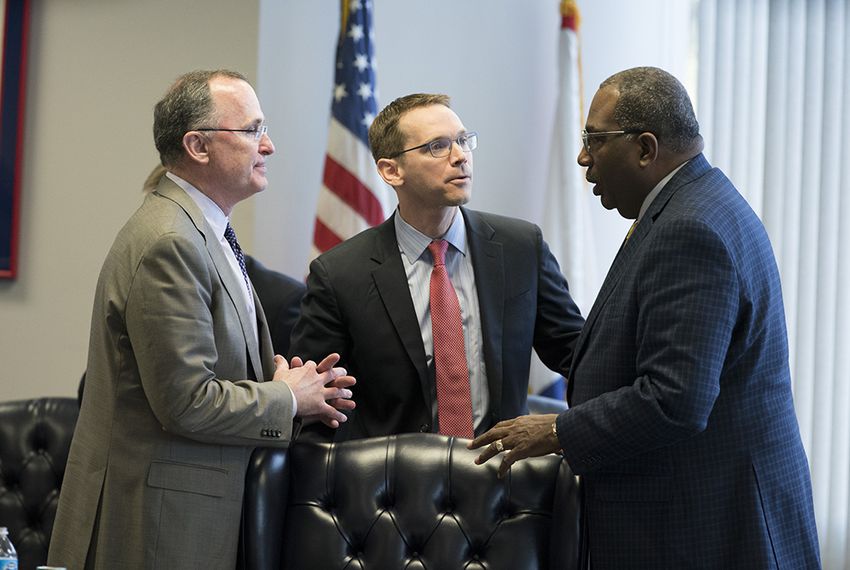 "Texas school finance panel approves final report to lawmakers" was first published by The Texas Tribune, a nonprofit, nonpartisan media organization that informs Texans — and engages with them — about public policy, politics, government and statewide issues.

After hours of discussion Wednesday, a state panel studying school finance stripped its final report of language that blamed the state for inadequate education spending — and that added urgency to a need for more money to improve student performance.

The original version of the report, unveiled last Tuesday, included stronger language that held the state accountable for the lack of education funding and urged lawmakers to immediately inject more than a billion dollars of new funding into public schools. Scott Brister, the panel's chairman and a former Texas Supreme Court justice, led the charge to make those changes, which he said would be more palatable to lawmakers and keep Texas from being sued in the future.

"I do have a problem several places where it says our school system has failed. I do think that’s asking for trouble," he said.

Some lawmakers and educators on the panel pushed back before agreeing to compromise.

"I think we have failed our schools and we haven't funded them, in my view, adequately or equitably," responded state Rep. Dan Huberty, R-Houston, who chairs the House Public Education Committee.

A final report will be sent to lawmakers, who are convening next month amid calls from state leadership to overhaul a long-embattled school finance system. Gov. Greg Abbott supported the panel's vote in a statement Wednesday afternoon: "Today’s school finance commission report made clear that the state must reform the broken Robin Hood system and allocate more state funding to education. This session, we will do just that."

The vote was the culmination of nearly a year of meetings and hours of testimony from school superintendents, education advocates and policy experts.

Panel members have bickered for months about basic foundational concepts, including whether the state had been underfunding public schools and whether they actually need more money in order to improve. The report takes a middle ground approach, promising more money to school districts that meet certain criteria or agree to offer specific programs such as dual language or merit pay for teachers.

Many of the debates among panel members Wednesday reflected their political divisions, with Brister — a conservative and Abbott appointee — arguing against citing a specific amount lawmakers should infuse into the public school funding system and school officials saying the panel should take an explicit stand based on its research.

An earlier version of the report said lawmakers should take the "important first step" of approving more than $1.73 billion in "new funding" for "the vast majority (if not all)" of the proposed programs.

The recommendation the commission approved Wednesday dropped that dollar figure.

Brister said he was uncomfortable sending a report to lawmakers that pressured them into making specific financial decisions.

"I am willing to say we will have to add new money to do these things. I am not willing to say, 'And the first step is, every dime has to come from new money," he said.

"The spirit by which we were convened is to establish the changes and make recommendations," she said. "I feel like we need to have the foresight to put in the estimated cost."

Education advocacy groups criticized Brister's decision. "There can be no real school finance reform that fails to address adequacy," said Shannon Holmes, executive director of the Association of Texas Public Educators, in a statement after Wednesday's vote. "ATPE is disheartened that some members on the commission were unwilling to acknowledge the reality of the limitation of our state's current funding levels out of fears of sparking litigation."

The report still includes cost estimates for recommended programs and changes to how funding is divvied up among schools. But it no longer implores state lawmakers to pay for them.

Among the recommendations the commission plans to send to lawmakers are:

This article originally appeared in The Texas Tribune at https://www.texastribune.org/2018/12/19/texas-school-finance-panel-approves-final-report/.