The State Board for Educator Certification (SBEC) met today in Austin. As ATPE Lobbyist Kate Kuhlmann reported earlier this week, the board’s agenda included a controversial proposal to finalize rulemaking for an abbreviated educator preparation program for Trade and Industrial Workforce Training, Marketing, and Health Sciences certificates. Here is Kate’s recap of the board’s deliberations today:

The board adopted the proposal on a voice vote, but not without opposition from board members and stakeholders. ATPE was joined by teacher groups, administrator groups, and educator preparation programs offering opposition that together covered four primary areas of concern: (1) The proposal irresponsibly reduces the number of pre-service hours required of these specific educator candidates; (2) the proposal inappropriately adds the marketing and health science certificates; (3) the proposal allows entities other than approved educator preparation programs to provide some training; and (4) the proposal fails to prevent the certificate holders from seeking other certifications by merely passing an exam without required additional training.

Several board members also expressed concerns about the proposal. Members Suzanne McCall and Laurie Turner, who are teachers, and citizen member Tommy Coleman spoke to the importance of standards and consistency. They voted for an amendment to alter the proposal, but the amendment failed. Along with Texas Higher Education Coordinating Board (THECB) Assistant Commissioner Rex Peebles, who serves as a non-voting member of the board, Turner and Susan Hull stressed that success in an individual trade is not the same as knowing how to teach that trade to young students. This is why abbreviated pre-service and even overall training hours are concerning; the lowered standard fails to support these candidates and their students with adequate training. While other members of the board argued the proposal was innovative, Coleman countered that as much as he likes innovation, he doesn’t want to see innovation at the expense of standards. The board ultimately passed the proposal on a voice vote. It now advances to the State Board of Education for final review.

Following up on its June announcement that districts and charters affected by Hurricane Harvey would be eligible for accountability waivers, TEA announced earlier this week that 109 independent school districts and open enrollment charters would qualify for such waivers. School districts where all campuses are eligible for a Harvey Provision or where 10% or more of the district is eligible for a Harvey Provision that receive B,C, D, or F ratings will be listed as "Not Rated" in the upcoming school ratings due out in August. The agency also announced that 1,188 campuses directly affected by Hurricane Harvey would qualify for a special evaluation in this year's accountability ratings. A list of eligible campuses and districts can be found here.

Last week the Teacher Retirement System (TRS) reduced the expected rate of return on its pension fund from 8% to 7.25%.This change will make it more difficult for educators to obtain the cost of living increases they so desperately need. The onus is now on the legislature, which will convene in January of next year, to provide increased funding in order to ensure that the pension remains healthy and can meet the requirement to be fully funded in 30 years as the law says it must. ATPE Lobbyist Monty Exter was on hand to provide testimony and comment to the media. Read more at the links below:

Full coverage of the TRS meeting

From the San Angelo Standard-Times: As changes loom over retired teachers' pensions, retirees look to Legislature for more money 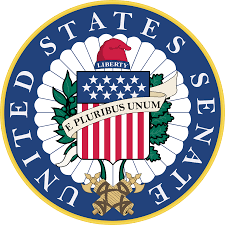 Earlier this week, Sen. Tim Kaine (D-VA) proposed legislation aimed at addressing teacher and principal shortages nationwide. The Preparing and Retaining Educators Act of 2018 aims to expand Teacher Quality Partnership Grants and require colleges and universities to report yearly on the number of licensed educators who graduate from their institutions, among other things. You can read the bill in its entirety here.

UPDATE: As we reported last week, President Trump signed the Perkins Career and Technical Education Act overhauling the primary laws that govern CTE. Read more about the bill in this post by ATPE Lobbyist Kate Kuhlmann.

After competing in a special election triggered by the early resignation of Sen. Carlos Uresti, Republican Pete Flores and Democrat Pete Gallego will face off in a runoff election later this year. Read more about it in this post from the Texas Tribune.