On Monday, the Senate Select Committee on Violence in Schools and School Security published it's interim report covering the charges assigned to it by the Lieutenant Governor in the wake of the Santa Fe High School shooting. Among the recommendations for each of the four charges were increased funding for enhanced school security, updating school building codes, funding school marshal programs, integrating counselor data into school records, and increasing the number of available counselors, among other things. For a more detailed report on the committee's findings you can read this post by ATPE Lobbyist Kate Kuhlman. The full report is available here. 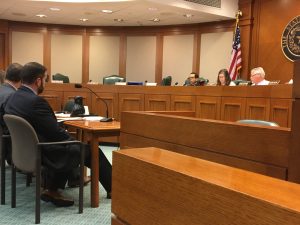 Earlier this week the House Public Education Committee met to discuss the last of its interim charges. The hearing featured invited testimony from TEA Commissioner Mike Morath, who discussed the state's accountability system and "A through F" ratings as well as T-TESS, the state's teacher appraisal system, and ways in which the state could address the issue of teacher pay. ATPE Lobbyist Monty Exter was on hand to provide testimony suggesting that the state take a more holistic approach to the matter by improving the career pipeline and pay structure. Afterwards the interim charge on charter schools was discussed by members of the committee and TEA staff. It was noted that charter school teachers are not required to be paid according to the minimum salary schedule and contributions to TRS (which are calculated according to the salary schedule) have not risen along with inflation for that group of educators. ATPE Lobbyists Mark Wiggins discusses the hearing in depth in this blog post.

The Commission on Public School Finance working group on expenditures met this week to discuss its recommendations. Included in the recommendations were suggestions to repeal allotments like the high school allotment or the Public Education Grant (PEG) allotment; this would be done to move more funding into the basic allotment, giving districts more discretionary spending power. The group also examined how to adjust formula weights and funding tiers in order to best fund districts. ATPE Lobbyist Mark Wiggins provides a detailed recap of the hearing in this blog post.

TEA announced two new ventures this week that are aimed at keeping parents informed. The first, Answers....In About A Minute, is an online video library that will inform the public about TEA programs and initiatives. The initial series of videos will focus on the "A through F" rating system. The second venture TEA announced this week is the new TEA Time podcast, which will focus on different topics in public education. The first episode is a conversation with TEA Commissioner Mike Morath. According to the TEA website, new content for the Answers video series we be produced as new topics arrive while new episodes of the podcast will be recorded weekly. 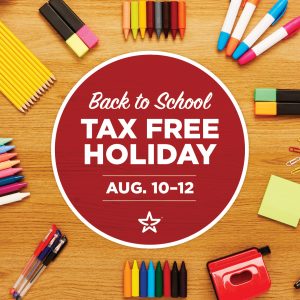 This weekend qualifying school supplies and clothing items will be tax free. Happy back to school shopping!