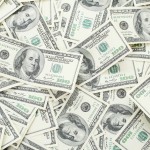 The Senate State Affairs Committee met in Austin this week to discuss interim charges about the health of various state and municipal pension systems, including the Teacher Retirement System (TRS) of Texas. The committee heard invited testimony from the staff and members of the Texas Pension Review Board (PRB), as well as the heads of several pension systems, including TRS Executive Director Brian Guthrie.

Some of the more general discussion included senators, including Sen. Charles Schwertner in particular, making the case that defined benefit pension systems are somehow inherently flawed and should be scrapped and replaced with 401(k)-style defined contribution systems. This now tired pitch, whose real aim is to line the pockets of private money managers, has been soundly refuted on many fronts, particularly as it applies to TRS. First 401(k)s have proven to be not so wonderful retirement vehicles. For the average American population which relies on them for the bulk of their retirement planning, these investment vehicles have proven to be a tool that generally leads to a woefully underfunded retirement account that is highly sensitive to market volatility and has left many in bad positions with regard to their retirement security. Second, 401(k)s were never meant to stand alone. They were really meant to be a supplement to a more traditional pension system, but even as that has gone by the wayside for many, they are still intended to be on top of Social Security benefits. However, most Texas educators will not receive full Social Security benefits because neither the educator nor the state is paying into Social Security on their behalf. This leads to the final falsehood promulgated by retirement privatizers, that defined benefit pension plans simply cost too much. The truth is Texas has been getting by on the cheap for decades.

Retirement experts will tell you that you should be putting away around 25 percent of your pre-retirement income for use in retirement. Half of that amount, 12.5 percent, is normally covered by contributions to Social Security. Any reasonably good private employer will put up a match of 4 percent, or better, toward an employee’s individual retirement account, in addition to paying the required 6.25 percent employer's share of Social Security. This means that these private employers are on the hook for a little more than a 10 percent toward their employee’s retirement. Likewise, their employees must also put the required 6.25 percent into Social Security and typically an additional 4 percent or more into their own retirement accounts to access the employer's match. For years the state of Texas only contributed 6 percent, the constitutional minimum, into the TRS pension system. Thanks in large part to the work of ATPE the state bumped that contribution up to 6.8 percent a few sessions ago. However, at only 0.55 percent above what the state would otherwise have to pay into Social Security, Texas still contributes less than half of what the next lowest state not paying into Social Security pays towards it educators' retirements. Most Texas teachers are themselves contributing 7.7 percent, or just 1.45 percent above what they would otherwise be paying toward Social Security, into their pension system. When you add in the 1.5 percent districts are contributing into the TRS pension plan, the total contribution comes to 16 percent. At 16 percent, contributions into TRS are substantially less than what even average employers and employees are contributing toward retirement, and despite being many educators only source of retirement income, that is only 64 percent of what experts recommend putting away. So far from being “too expensive” as some lawmakers insist, the TRS pension system has been an exceedingly good deal for the state of Texas.

This discussion is of particular importance at this moment because while TRS has been reasonably healthy for a long time and has been on track to be actuarially sound (very healthy) within the next five years, those statistics have been based on TRS’s current assumed rate of return of 8 percent. Based on the advice of the external actuarial firm with which TRS contracts, the TRS board is considering lowering that assumed rate of return. In order to maintain the positive trajectory of the fund, legislators will need to increase the contribution rate going into the fund. Per the discussion above, these increased contributions are long overdue, and had lawmakers increased them previously, the fund would be in a much better place today. Additionally, many retirees wouldn’t have gone more than a decade without a cost of living adjustment. If TRS lowers its assumed rate of return, however, the decision to increase contributions will no longer be a luxury; it will be an imperative. ATPE is advocating for this process to take place gradually over a number of years so that the increased contributions, corresponding to a gradually decreased assumed rate of return on investments, won’t be a shock the system for either the state or educators who will both share the burden of increased contributions.

Whether a gradual approach is taken or a more "one and done" approach is used, as is being advocated by TRS, the important thing is that educators stay fully engaged with their legislators, and in choosing their legislators this election year, so that the health of the pension fund is secured.