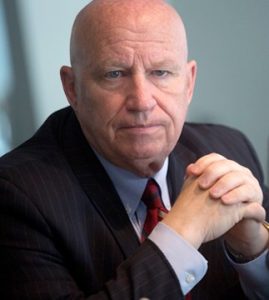 The Windfall Elimination Provision or “WEP” is unfair. It’s unfair to public servants in Texas and across the nation, including places like California, Massachusetts and Ohio. I’ve been working to repeal and replace the WEP for a decade. This is something we must do for our teachers, firefighters, police, and other public servants.

As a result, many teachers, police, and firefighters still contribute to these longstanding retirement plans instead of Social Security since these substitute plans are often tailored to their chosen careers. But many of these public servants also hold second (or third) jobs or have a second career where they’ve paid Social Security taxes. These folks rightfully expect to receive their earned Social Security benefits when they retire. However, due to the WEP, their Social Security benefits end up being much lower than they were expecting.

Although the WEP may have been well intentioned in the start, today it’s simply unfair. Those affected by the WEP are subject to a different benefit formula than all other workers. This arbitrary formula is based on a 1980’s one-size-fits-all Washington compromise and ignores a person’s actual work history. The WEP also makes it harder to plan for retirement since the reduction doesn’t show up on a worker’s Social Security statement. When you are nearing retirement, surprises are never a good thing.

I think we can all agree that our teachers, police, and firefighters deserve better.

Working with my Democratic colleague from Massachusetts, Representative Richard Neal, and teacher, police, firefighter, and retiree groups, we’ve come together on a solution for addressing the WEP based on fairness, equal treatment and personal work histories.

Under today’s law, the Virginia teacher would receive an initial monthly benefit of $1,776 if she claims at her full retirement age. That represents about 44 percent of her pre-retirement Social Security earnings. On the other hand, because of the WEP the Texas teacher under today’s laws would only receive a monthly benefit of $800, which represents about 35 percent of pre-retirement Social Security earnings. 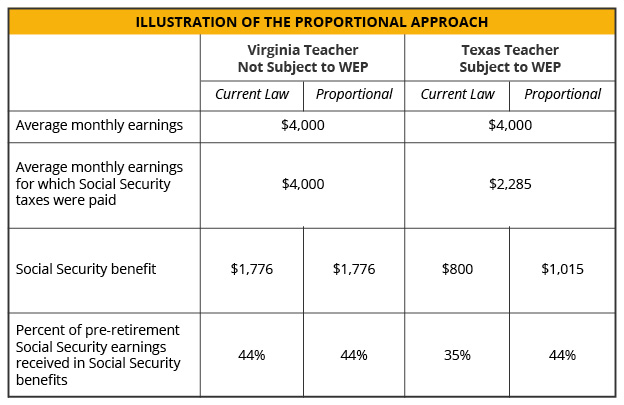 While the new proportional formula addresses the WEP for future retirees, we cannot leave current retirees behind. Our plan provides Social Security relief to current retirees affected by the WEP by providing special payments to these retirees. That’s only fair. 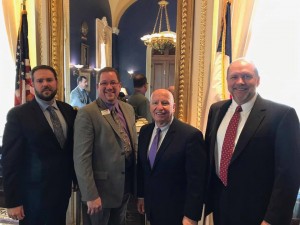 Over the years - with the help of groups like the Association of Texas Professional Educators, Texas Retired Teachers Association and Mass Retirees - we have taken important steps toward finally fixing the WEP.  With your help, we will finally ensure equal treatment for our teachers, firefighters, police, and other public servants.

This is a top priority for me, and we will not rest until we have a solution in law.