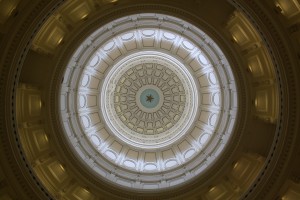 On Tuesday, Gov. Greg Abbott announced his plans for a special session beginning July 18. This "overtime" period for the 85th legislature is needed only because lawmakers failed to pass an important, time-sensitive agency sunset bill that affects the licensing of medical professionals, a failure many are attributing to deliberate stall tactics and the "bill kidnapping" approach taken by Lt. Gov. Dan Patrick in the final week of the regular session. Lawmakers could address the sunset issue within a matter of days and head home to enjoy the dog days of summer with their families, but Abbott is calling on them to take up 19 additional issues during the 30-day special session, which is estimated to cost taxpayers about $1 million. During the governor's press conference, he led off his laundry list of topics for the upcoming special session with a surprise announcement that he wants lawmakers to mandate a $1,000 annual pay raise for teachers. The catch, as ATPE Lobbyist Mark Wiggins explains in this blog post, is that no additional money would be appropriated for the salary increase. Gov. Abbott made it clear that he intends for school districts to find money within their existing budgets to cover the proposed pay raise. For many districts, that would necessitate cuts in some other area, which would very likely be expenditures for staff pay or benefits, such as healthcare programs that are already becoming increasingly hard for educators to afford. ATPE Lobbyist Monty Exter added in this video for Twitter that potential offsets could include staff layoffs or higher class sizes, depending on each district's financial circumstances and priorities. If the governor planned to use this special session as another shot at meaningful school finance reform, then perhaps legislators could find ways to fund a teacher pay raise and other critical needs of our public schools. Unfortunately, the only school finance-related issue on the governor's call is legislation to appoint a statewide commission to study school finance during the next interim. Another surprise topic added to the governor's agenda for the special session is giving districts greater "flexibility" in their hiring and firing decisions. Teacher contract rights have been targeted in prior legislative sessions, but the topic was hardly broached during the 2017 legislative session. 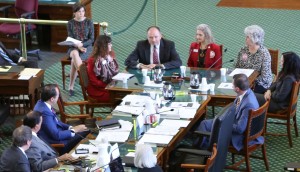 ATPE representatives testified against an anti-educator bill to eliminate teachers' payroll deduction rights during the regular session. The contentious issue is being revived for the upcoming special session. The remaining school-related items in the special session outline are a trio of controversial, highly partisan scorecard issues from bills that failed to garner enough support to pass during the regular session: To read the full list of the governor's priorities for the special session, view ATPE Lobbyist Kate Kuhlmann's blog post here. Also, check out ATPE's press release, and be sure to follow @TeachtheVote on Twitter for new developments.

The State Board for Educator Certification (SBEC) has been meeting today in Austin, and ATPE Lobbyist Kate Kuhlmann is there. She provided an update in this blog post on the items being discussed today by the board. They include plans to add a new early childhood teaching certificate mandated by the legislature recently, plus how Districts of Innovation are claiming exemptions from certification laws.
Previous
Next