A record-breaking 15 million Texans are registered to vote in the upcoming November election, the secretary of state’s office announced Thursday.

As the Tribune’s Alex Samuels reports, this figure amounts to 78 percent of the state’s voting-age population and more than 1.3 million additional registered voters from four years ago. Alicia Pierce, a spokeswoman for the secretary of state, previously told the Dallas Morning News that the spike in registered voters could be attributed to high interest in the 2016 presidential election cycle.

As the Tribune’s Patrick Svitek reports, Trump’s polling numbers have been decreasing after the release of a 2005 clip showing him making lewd comments about women, and the 4-point margin may be Trump’s smallest lead in Texas yet. 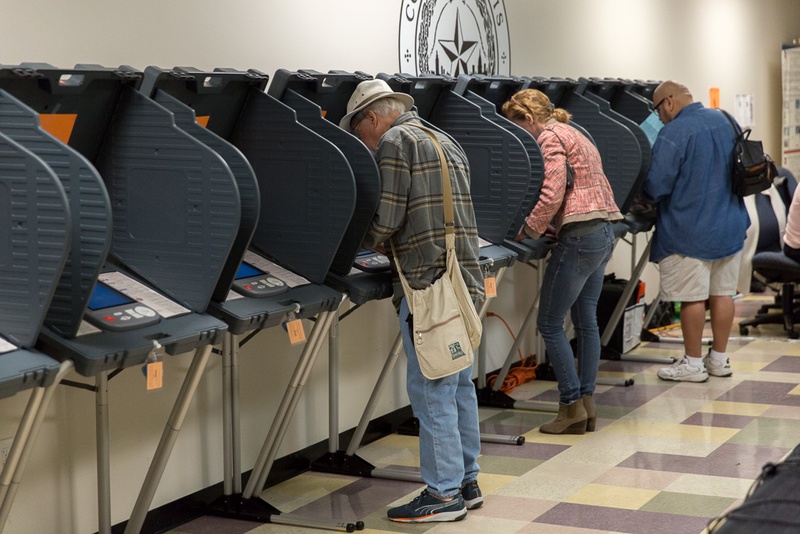 Travis County voters cast ballots at Travis County Tax Office on Feb. 25, 2016.
This article has been edited for length. It originally appeared in The Texas Tribune at https://www.texastribune.org/2016/10/14/brief/.
Previous
Next