On this Friday the 13th, we report on the Texas Supreme Court's school finance ruling and other major education stories from this week. Here's your weekly recap:

The Texas Supreme Court issued its highly-anticipated ruling today on the state's school finance system, upholding that it meets the minimum standards for constitutionality while acknowledging the system is imperfect. The supreme court's decision reverses a 2014 decision by the district court, which ruled aspects of the school finance system unconstitutional after numerous school districts across the state had sued the state on the grounds that the method of funding public schools in Texas is inadequate and inequitable. While the court declined to recommend specific changes, it did assert that the system is "undeniably imperfect, with immense room for improvement" and placed the burden to fix the system on the legislature. Read more about the decision and ATPE's perspective in today's blog post by ATPE Governmental Relations Director Jennifer Canaday. Voting begins next week for Republican and Democratic primary elections that resulted in a runoff! In areas throughout the state, voters will have the opportunity to participate in runoff elections for legislative and State Board of Education (SBOE) seats. It's important to remember that the majority of elections in Texas are decided during the primary process, and your vote in this election is key to electing a candidate that will support your students and career. Early voting begins Monday, May 16, and runs through Friday, May 20. The runoff election day is Tuesday, May 24. Find out whether there is a runoff election taking place in your area and review some fast facts about the election (such as who is eligible to vote in a runoff and which forms of identification satisfy the voter ID requirements in Texas) in our blog post from earlier this week. Visit our 2016 Races page to research the candidates in your area before visiting the polls! Related Content: May is a busy month for elections! The May 7 local and special elections wrapped up last weekend, and ATPE Lobbyist Josh Sanderson posted a recap of those results. As political rhetoric heats up over designating restrooms for use by transgender individuals, school districts are now finding themselves in the center of a national debate. Today, the U.S. Departments of Justice and Education issued a joint letter offering guidance to school officials on interpreting the requirements of federal law, as it pertains to restroom policies. The correspondence was intended to summarize school districts' obligations regarding transgender students under Title IX of the Education Amendments of 1972, which prohibits sex discrimination in educational programs and activities that are operated with federal funds. The letter contributed to an ongoing firestorm over transgender restroom policies, including right here in Texas where Lt. Gov. Dan Patrick (R) unsuccessfully called for a school superintendent's resignation this week over the same issue. In a statement to the media today, ATPE cited safety concerns as a foremost consideration. "Our main goal is to keep students and teachers safe," ATPE Executive Director Gary Godsey said. We also noted that ATPE strongly supports local control in policy decisions such as these, and we encourage districts to consider whether their local policies are in compliance with federal civil rights laws. "As the state's largest educator group, we hope that all school districts weighing changes to their policies, including any decisions that might expose them to lawsuits, will consult with their legal counsel beforehand and make rational decisions based on sound legal advice, rather than politics or emotion," said ATPE Executive Director Gary Godsey.   The House Public Education Committee held an interim hearing on Wednesday of this week, and ATPE Lobbyist Monty Exter attended and wrote the following report on the meeting: 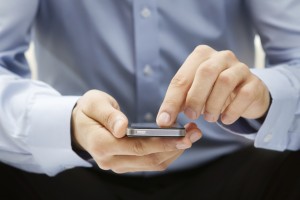 Web-connected technology: best thing ever or dangerous tool being used to groom and molest schoolchildren? If you attended the most recent House Public Education hearing you would have gotten the distinct impression that the answer to both questions was yes. The committee took up two disparate interim charges that were joined at the issue of use of connected technology. The first interim charge taken up by the committee this week called for the following: “Review current policies and rules to protect students from inappropriate teacher-student relationships. Examine efforts by the Texas Education Agency, school districts, law enforcement and the courts to investigate and prosecute educators for criminal conduct. Recommend needed improvements to promote student safety, including examining current criminal penalties, superintendent reporting requirements, teacher certification sanctions and the documentation provided in school district separation agreements. Review school employee training and educational efforts to promote student safety.” The witnesses, and consequently the committee, spent most of their time on how to respond to instances of sexual abuse or other inappropriate relationships. A few suggestions discussed on Wednesday included limiting internal investigation by school districts and increasing requirements and incentives for external reporting and investigation; plus granting the Texas Education Agency (TEA) additional access to documents, sometimes of questionable value. A series of questions from one of the committee members did highlight that all of TEA's open cases dealing with inappropriate relationships in a given year involve less than one-tenth of one percent of the total number of educators, and only about a third of the open cases result in sanctions. Unfortunately, the hearing focused very little on the scope of the problem or more importantly on a full discussion of factors that have led to and could be addressed to prevent issues before they arise. There were somewhat general comments made about of technologies such as Facebook and smartphones facilitating inappropriate behavior and general comments made about student education. However, more discussion and research is warranted on those topics and on the role of rigorous, high-quality educator preparation, administrator training, staff placement, and rampant educator churn and how these factors could impact a reduction in inappropriate employee-student relationships and the educational environment as a whole. The committee’s second charge for the day was as follows: “Examine the accessibility to broadband services for schools, libraries, and institutions of higher education. Study the feasibility and affordability of providing scalable broadband to schools and other public institutions. Research federal and state funding opportunities to support increased access to broadband. Review innovative efforts by school districts to integrate technology in the classroom. Explore ways to enhance high-tech digital learning opportunities in the classroom to improve student achievement and fulfill future workforce demands.” In addition to invited testimony on broadband infrastructure and cost issues, the committee heard from a panel on blended and differentiated learning. The committee also took public testimony from superintendents, Chief Technology Officers, and a group of students. Much of the public testimony centered on the need for additional technology funding and problems with the instructional materials allotment. Video of the full hearing can be viewed here. Commissioner of Education Mike Morath has proposed rules to implement a law passed in 2015 requiring video surveillance of certain classrooms serving students in special education programs. Earlier this week, ATPE submitted written comments on the proposed rules, which can be viewed here. The Texas Education Agency is also set to hold a public hearing on the rules next Thursday, May 19.

The TRS board of trustees is meeting today with two new members and ATPE Lobbyist Josh Sanderson is following the action and has provided this update: John Elliot, a real estate attorney in Austin, and Greg Gibson, the superintendent of Schertz-Cibolo-Universal City School District, were appointed by Governor Abbott earlier this month. The governor's announcement of new trustees also included the reappointment of board member Christopher Moss. All were welcomed with daunting decisions regarding retiree health care. The board is expected to be briefed by TRS staff today on a cash flow problem facing TRS-Care, the health insurance program offered to public education retirees. TRS has indicated that while they project there to be enough funding to make it through the remainder of the states' two-year budget cycle, they have a cash flow issue that is causing short-term funding deficiencies. The TRS board may be required to make changes to the retiree health plan to accommodate the funding Issue, including increasing retiree out of pocket costs, increasing deductibles, or changing plan design, among other options. There is also the possibility that the TRS board makes no changes to TRS-Care and defers to the Texas Legislature. The board is expected to take this issue up again at its June board meeting and action could be taken at that time. ATPE will be working with the board and TRS staff to help mitigate any potential negative impacts to retirees. Stay tuned for more information on this issue and others from Teach the Vote!
Previous
Next