The U.S. Department of Education (ED) published its rule proposal for the accountability piece of the Every Student Succeeds Act (ESSA) in the Federal Register yesterday. The proposal addresses state accountability systems, state and district report cards, and consolidated state plans. As we reported on Teach the Vote, ED is in the middle of the rulemaking process for several aspects of ESSA. Negotiated rulemaking for the assessments and 'supplement, not supplant' portions of the law wrapped up in April. Other provisions, including this accountability piece, are being addressed through the typical rulemaking process over the summer. 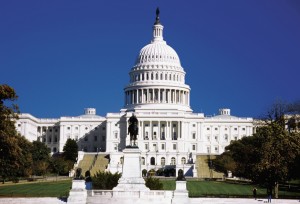 Initial reaction to the accountability rule proposal was mixed. In Congress, the partisan division again hinges on state control and flexibility versus strong civil rights protections. House Committee on Education and the Workforce Chairman John Kline (R-MN) and Senate Committee on Health, Education, Labor and Pensions (HELP) Chairman Lamar Alexander (R-TN) announced they will each hold hearings on the proposal and threatened to block the regulation through available means if it “doesn’t follow the law,” which aims to decentralize power away from the federal government. Their Democratic counterparts, Ranking Members Senator Patty Murray (D-WA) and Representative Bobby Scott (D-VA), praised the proposed rule for protecting and promoting equity. Outside of the Capitol, stakeholders pointed to more specific issues with the proposal, citing concerns about a definition for “consistently under-performing,” the inclusion of specific punitive consequences for low assessment participation rates (in situations where parents opt children out of state standardized tests), the need for guidance on ways to make school report cards more accessible and transparent for parents, and more. The proposal requires states to have accountability systems in place by the 2017-18 school year, with the goal for states and districts to identify schools in need of support the following school year. In other ESSA rule proposal news, ATPE submitted a letter last week to U.S. Secretary of Education John King. The letter identified two areas of the new law where ED is asked to pay particular attention to previous ATPE input to Congress when writing rules or issuing non-binding guidance. Those areas of the law pertain to an innovative assessment pilot and a new avenue for potential funding for educator preparation programs. ATPE’s previous comments on assessments to the Senate HELP committee outline recommendations for giving states “more flexibility to innovate and choose assessment methodologies that better suit the needs of their students, parents, and educators.” ATPE’s comments note that the high stakes testing regime is ineffective and even harmful to students, and suggest that tests “be low stakes, be administered less frequently, employ sampling, and be truly criterion-referenced.” While the new federal education law requires states to maintain the current annual testing schedule, ATPE’s letter encourages ED to allow states piloting innovative assessments to test these recommendations. In the letter to ED, ATPE also points to previous comments on supporting educators. Particularly, the letter highlights ATPE's input on “initiatives to encourage more selective recruitment of educators by setting high standards for educator preparation and certification.” ATPE encourages ED to support states through non-binding avenues as they seek to ensure high standards for educator preparation programs. Stay tuned to Teach the Vote for more updates on ESSA implementation.