Days away from the start of early voting, the stakes are high for candidates with primary opponents. Read the latest news about the election and education policy developments.

It's vital to remember that in Texas, numerous races will be decided by the upcoming primary election, making the November ballots nearly meaningless in many races since the winners will have already been determined in March. Voter turnout among the education community is essential to positioning ourselves for successful outcomes for public education, especially during the 2017 legislative session. Funding for public schools, student testing, educators' retirement and healthcare benefits, teacher evaluations, your payroll deduction rights, and private school voucher plans are all issues that are highly likely to be on the table next session. The outcome of those debates depends overwhelmingly on who wins the upcoming primary elections. We encourage voters who care about public education to check out our legislative and State Board of Education candidate profiles here on Teach the Vote to help you make informed choices at the polls. Click on the 2016 Races button to search for candidates by district, last name, map, or using your address. Our candidate profiles include incumbent legislators' voting records on major education bills and candidates' responses to ATPE's survey. Several additional candidates have responded to the survey in the past week, and their responses can help you determine their stances on education issues that are likely to be discussed during their terms of office, if elected. The profiles also highlight major endorsements. 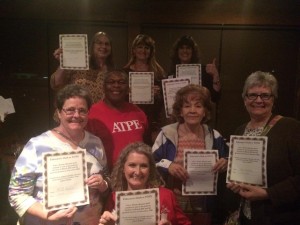 ATPE members attending last night's Region 2 meeting showed off the oaths they signed to support public education by voting. Because there is so much at stake in these Texas primaries, ATPE has joined forces with other education groups to promote the effort known as Texas Educators Vote. We are urging school districts and school administrators to facilitate early voting and informed voting by all school employees. Read more about ATPE's participation in the effort here and the latest update from the coalition here. Don't forget to visit TexasEducatorsVote.com and take the educator's oath to vote in 2016. In the coming days, Teach the Vote will feature additional resources to help you exercise your right to vote in these critical primary elections. Check back frequently for new content and updated candidate profiles. Also, be sure to follow @TeachtheVote and @TXEducatorsVote on Twitter for timely election updates.

Kate Kuhlmann ATPE Lobbyist Kate Kuhlmann reported earlier today on three education hearings that took place in Texas and in Washington, D.C. this week First, the Texas House Public Education Committee met on Tuesday in Austin to discuss two interim charges pertaining to best practices in middle school grades and educating high-performing students. On Wednesday, the Senate Education Committee traveled to McAllen, Texas, for an interim hearing focused on supporting counselors and middle school students, as well as implementation of a new law requiring cameras in some special education classrooms. Also on Wednesday, the U.S. House Subcommittee on Early Childhood, Elementary, and Secondary Education held a hearing in Washington entitled “Next Steps for K-12 Education: Implementing the Promise to Restore State and Local Control.” The subcommittee meeting was the first oversight hearing following the passage of the new Every Student Succeeds Act (ESSA). Read more about the hearings in Kate's full report on our blog. The State Board for Educator Certification (SBEC) is meeting today in Austin. Its agenda includes acting on rule changes pertaining to educator preparation and certification, assignments, and categories of classroom teaching certificates. Disciplinary rule changes are also being considered, for which ATPE has provided input to the board. In addition, SBEC has an opportunity today to propose a rule change to implement a requirement limiting educator certification candidates to five attempts to pass a certification exam unless they can show good cause to justify an additional attempt. The test-taking limit was mandated by the legislature in 2015 as part of House Bill 2205. ATPE Lobbyist Kate Kuhlmann is attending today's meeting and will provide additional information for Teach the Vote on any significant actions taken by the board. You can also follow @ATPE_KateK on Twitter for real-time updates. New Commissioner's rules have been proposed to implement suicide prevention training for educators. The proposed rules are tied to House Bill 2186 that the Texas legislature passed in 2015. Rep. Byron Cook (R-Corsicana) filed the bill at ATPE's request to help educators become better trained to spot and react to the warning signs of suicide in students. Click here to read the proposed rules. The Texas Education Agency (TEA) is accepting public comments on the rules now through Tuesday, Feb. 16. Finally, here's an early Happy Valentine's Day wish to you from ATPE and Teach the Vote! 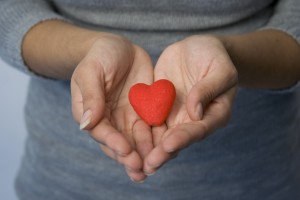