Since its inception, Texas Parent PAC has offered proof that educator groups aren’t the only ones interested in knowing where candidates stand on education issues. 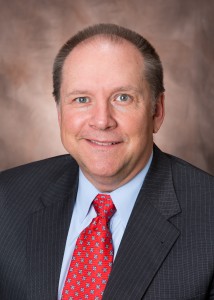 “Teachers, administrators, and other school employees obviously care about the candidates’ views on education," said ATPE Executive Director Gary Godsey. "But there are many other voters, such as parents and community leaders, who also know that education needs to be a top priority. It's important to have tools that will help inform those voters who really want to elect legislators who support our public schools.”

ATPE has worked to provide those types of voter education tools through our advocacy website, TeachtheVote.org, and Parent PAC provides yet another tool through its endorsement process. The candidate profiles that ATPE compiles for Teach the Vote include information about major endorsements that candidates have received, where applicable. Though ATPE does not endorse candidates, we pay attention to which candidates are receiving endorsements from outside groups that are following public education issues very closely. For many years now, we have provided information on candidates endorsed by Parent PAC, because we believe it is crucial information for voters who care about public education to have and consider. The values that guide Parent PAC in choosing their candidates—from protecting schools against privatization to ensuring that all students have access to a quality education—mirror the positions that ATPE members consistently adopt as part of our own legislative program.

"The education community values the recommendations of Parent PAC, because we know they have carefully vetted the candidates before making their endorsements," said ATPE State President Cory Colby. "We must ensure that public schools are strongly supported with adequate funding and preserve local control by our communities. The legislature can help our state secure a brighter economic future and remain a place where businesses want to come to find a well-trained workforce, but only if voters elect candidates who support our public education system. We're glad to have the assistance of Parent PAC in helping voters learn more about where the candidates stand."
Previous
Next