Catch up on this week's education news here:

The Texas Education Agency (TEA) released the 2016 district and school academic accountability ratings this week. While there was a very slight uptick in the number of districts needing improvement, driven in part by a 68.7% increase in the percentage of charters failing to meet standards, the number of campuses rated improvement required, the more important indicator, continued to decrease. From 2013 to 2016, the number of campuses rated Improvement Required has steadily dropped from 768, or 9% of all campuses, to 467, just 5.4% of campuses. ATPE Lobbyist Monty Exter breaks down the ratings here. 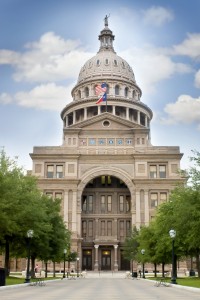 The Senate Education Committee met on Tuesday to hear testimony and updates on interim charges involving governance and the implementation of bills passed by the Texas Legislature last session that dealt with prekindergarten and educator preparation. The charges included the following:

Examine current school board governance policies and practices and make recommendations that could improve the focus, attitudes, and outcomes of Texas school boards, districts, and students. Study existing board training requirements for public schools and make suggestions to education school board trustees of policies that could achieve better student outcomes, particularly within the framework set for low-performing schools in House Bill 1842 (HB1842)(84R).

In comments to the committee, Commissioner of Education Mike Morath told senators that he has set a goal to cut the number of low-performing schools in half over the next five years. He spoke regularly about the importance of district leadership and said the Texas Education Agency (TEA) will take an aggressive approach to assigning and building district-level interventions, saying he believes that the harsher options are often the most effective. ATPE testified on the charge, reminding senators that while focusing on low-performing schools is important, we can't do so with merely a band-aid approach. ATPE Lobbyist Monty Exter told the committee that there are systemic issues that need addressing, and we must look at the inputs of the system in addition to the outputs. On educator preparation and prekindergarten, the agency and other invited testifiers updated the committee on the implementation of bills falling into these issue areas. There has been significant reporting on the implementation of HB 4, the Governor's prekindergarten bill from last session. The per-student funding ultimately provided was a level far below expectations, and some districts have turned down the funding because the expense of implementing all of the bill's quality control requirements exceeds the funding received. Still, others were present to showcase how they are using the supplemental funding to enhance or build their prekindergarten programs. At the hearing on Tuesday, some senators questioned whether the prekindergarten investment was worth it; many senators and testifiers felt it was too soon to see the benefits in Texas and pointed to a body of research on the advantages to prekindergarten. ATPE has been a leader on raising standards for educator preparation in Texas. Last session, we filed and helped pass several pieces of legislation that raised standards for candidate entrance requirements and preparation programs throughout Texas. The State Board for Educator Certification (SBEC) and TEA are currently in the process of implementing some of those provisions as well as making additional rule changes. ATPE was once again before the committee this month to support raised standards. ATPE Lobbyist Kate Kuhlmann told lawmakers that ATPE remains focused on the issue because we cannot place ill-prepared teachers in the classroom and expect excellence. She told senators it is critical that we focus on strong training and continue to support teachers as they grow in their practice. Watch a broadcast of the full hearing here.   The often controversial education reform groups Texans for Education Reform (TER) and the Texas Institute for Education Reform (TIER) have officially joined forces, merging to become Texas Aspires. The new group will maintain much of the staff, board members, funding, and priorities previously held by the two groups. Texas Aspires is expected to announce more of its vision next week. Staying on board will be former Texas State Senator Florence Shapiro and many business-focused board members who fund and direct the organization. It is unclear at this time as to whether the group will maintain its almost two-dozen lobby contracts that propelled the group's influence during previous legislative sessions. Watch for more on Teach the Vote as Texas Aspires begins to position itself ahead of next session.

ATPE wishes all educators beginning a new school year a very happy back-to-school! Best wishes to you and all Texas students! 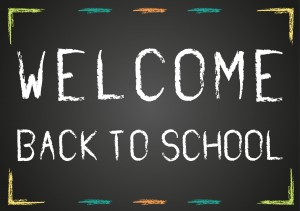