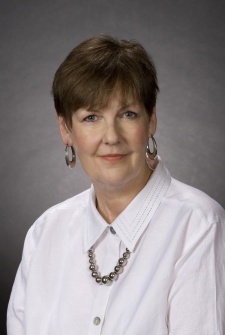 Texas State Board of Education District 11

Has chaired the SBOE Committee on School Finance/Permanent School Fund.

Endorsed by the Fort Worth Star-Telegram editorial board in the 2022 Republican primary election. She also received their endorsement in the 2014 election.

Recommended favorably by Texans for Public Education, a grassroots educators' group that has researched and rated candidates in the 2018 election based on their stances toward public schools.

Endorsed in 2014 by Texas Parent PAC, a pro-public education organization that advocates for adequate and equitable funding of public schools, local control, teacher quality and the prevention of private school vouchers.

My primary role is to represent my constituents in matters that are the responsibility of the State Board of Education. Some of the key responsibilities of the SBOE are approval of Texas Essential Knowledge and Skills, textbook adoption, charter school approvals, oversight of the Permanent School Fund just to name a few.

The most pressing issue currently facing public education is to address the gaps caused by Covid. State testing should be for diagnostic purposes only, with no ramifications for students not matching preCovid expectations. Second to that would be the educator shortage. Trying times has caused an exodus of educators, especially experienced classroom teachers.

ATPE and individual educators should lobby SBOE members on key policy issues. Before making decisions I truly appreciate hearing from my constituents. Educators, especially current ones, often give a perspective that only someone in the trenches can know. I have over the years depended on ATPE staff and members to inform and update me on a variety of issues.

Educators are and should be a major part of the process for both the TEKS and instructional materials. I am always open to hearing from my educator constituents on these issues as well.

In general I would say yes. But currently I have concerns with the educational damage caused by Covid and think that some adjustments need to be made. An example of an adjustment to graduation requirements might be the temporary elimination of the required Exit STAAR.

The charter application is an arduous process. The TEA selects their top picks among the numerous applications. The SBOE then has an up or down vote on what is referred to as the Commissioner's list. This allows the Board time to study the selected charters more closely. I would like to see legislation that would give the Board a role in the expansion of the selected charter schools. In the regular session the legislature attempted to take away the up or down vote by the SBOE for charters. I successfully lobbied against that proposal.

Yes, by the SBOE having this authority, an elected body has a voice. This would allow for public comment or query into something created by a state agency.


Thank you for the opportunity be heard on these various issues. ATPE has over the years been very supportive and helpful as I have attempted to best serve the people of District 11.