The Texas State Board of Education (SBOE) spent most of its Wednesday meeting dealing with Texas Essential Knowledge and Skills (TEKS) for social studies, including an Ethnic Studies: Mexican American Studies course. As part of the streamlining process for social studies TEKS, the board unanimously adopted verbiage to clarify a section relating to Alamo heroes that had recently become the focus of political and media attention. 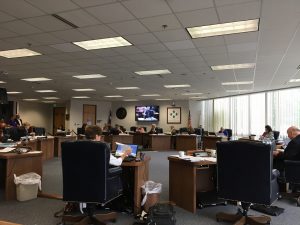 In addition to reviewing curriculum, the board approved the permanent school fund (PSF) distribution for fiscal years 2020 and 2021 at a rate of 2.75 percent. Staff had recommended setting a rate of 2.38 percent to 2.75 percent, which is less than previously anticipated because of actions taken by the General Land Office (GLO).

According to staff, the GLO distributed $600 million for the next biennium directly to the available school fund (ASF) instead of to the PSF, which is unusual and limited the amount of funding the GLO could provide. Staff testified this impeded the board's ability to provide additional school funds through its PSF oversight authority. At a distribution rate of 2.75 percent, staff said districts would receive roughly $225 million less per year than through the normal process.