Near the beginning of session before senators starting filing their bills, the lieutenant governor routinely reserves a block of the first fifteen to twenty bill numbers for high priorities. This year, Lt. Gov. Dan Patrick reserved numbers one through thirty for his preferred bills. While Lt. Gov. Patrick cannot file bills himself, he works with various senators to carry what are unquestionably his priorities and marks them as such with one of his low bill numbers.

SB 3 contains both an education savings account (ESA) and a tax credit scholarship. While each program funnels public tax dollars to private, non-transparent, and largely unaccountable education settings, making both programs clearly voucher programs, the mechanics of how they shift those dollars are separate and distinct. Here's a more detailed look at each program contained in SB 3:

The ESA program as proposed in SB 3 would apply to any child who either has been in the public school system during the preceding school year or has never been in the public school system but was born after September 1, 2012. It would give those children access to a bank account from which their parent or guardian can at their discretion pay for “educational expenditures” using a debit card. The amount that a child would receive under the program is dependent on two factors, household income and student disability. Here is an approximate breakdown based on a family of five (two parents, three kids):

The numbers above are based on a percentage of the average state and local public education funding a child receives in Texas, which is approximately $9,184*. That amount does not include federal funding; nor does it include additional weighted funding a student in the free or reduced price lunch program or a student identified as needing special education services may receive. For reference, the median household income in Texas is $55,653.

In every circumstance, a student receives less funding under an ESA program than the child would receive as a student of a public school.

As stated above in the ESA plan, parents may legally spend entitlement dollars on “educational expenditures.” These would include: 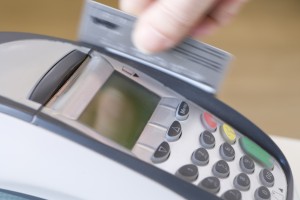 Some parents will, of course, seek to cash in their student's entitlement or directly spend the taxpayers’ money on unsanctioned purchases, such as rent, food, or even less scrupulous items. The primary means of deterring financial mismanagement on behalf the parent or guardian, assuming they get caught, is criminal prosecution. Having an incarcerated parent is not typically a precursor to improved academic performance.

The competing plan in SB 3 is a Tax Credit Scholarship.

This part of SB 3 would allow an insurance company to redirect tax dollars out of state general revenue and into the coffers of a private vendor, which would then use those dollars to selectively grant scholarships for private schools. The bill also creates the bureaucratic framework under which the vendor would be awarded this lucrative administrative contract from the state.

Under SB 3, the Texas Comptroller would select a single 501(c)(3) nonprofit entity (such as a religious organization or private school operator) to serve as the states “Educational Assistance Organization” (EAO). In exchange for a 10% administrative fee retained on all the money it takes in, the EAO first receives dollars from insurance companies and issues those companies a receipt they can give to the comptroller for a dollar-for-dollar deduction on their taxes, up to half of their total tax bill. The EA then disperses those scholarships directly to private schools in accordance with SB 3. So for every $100 million the EAO takes in, it gets to keep $10 million in administrative fees right off the top. Additionally, the EAO can hold onto the money it collects for up to two years meaning that it could also quite easily invest that money (e.g. in a jumbo CD or other investment that carries virtually no risk) and collect yet another $1 -$3 million in profits off the earnings. All in all, this is a pretty good deal for the vendor that lands the contract.

The initial cap on the Tax Credit program in SB 3 is $100 million, but it would rise to approximately $260 million over the first 10 years and more than a billion dollars within 25 years. At that point, the EAO vendor would be able to draw approximately $130 million off the program annually.

Under the tax credit scholarship plan, the EAO vendor can make two different types of payments:

An eligible student may be awarded both a scholarship payment and an educational assistance payment. In order to be eligible a student must meet the following eligibility requirements:

Income: The family's income cannot exceed double the free or reduced lunch guidelines, which is $105,118 for our family of five.

The student must also:

Additionally, the student must:

Unlike SB 3's ESA plan, these tax credit scholarships, don’t go to parents, but rather they go directly from the private EAO to the private school(s). This vendor preference and enhanced level of control have made this the voucher of choice for the Catholic Dioceses of Texas and its network of private religious schools, as well as for the Private School Association of Texas.

What if the Legislature were to pass both provisions of this bill? 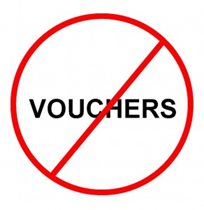 If both of Gov. Patrick’s vouchers were to come to fruition under the current language of SB 3, many students would be eligible to double dip from both programs.

In any scenario, these vouchers are a reckless choice for the 85th legislature to pursue.

* There are many ways to calculate average state and local funding which result in variations in the total.