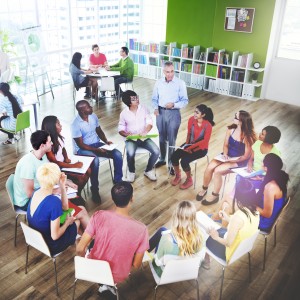 As we reported following the board’s meeting last month, the State Board for Educator Certification (SBEC) recently revised a number of rules involving educator preparation in Texas. The lengthy and thorough process to rewrite the rules lasted about a year. The rules cover preparation, program requirements, pathways to certification, and more, and they seek to raise the quality of training all teachers receive before going into the classroom where they are expected to excel. One of ATPE’s policy priorities involves a strong focus on all aspects of the teacher pipeline, and that starts with high-quality training for Texas educators. ATPE recognizes that we do a disservice to our teachers and our students when inadequately prepared educators are placed in the classroom and expected to achieve excellence. We also recognize that we cannot expect teachers to stay in the profession if they aren’t strongly prepared to enter the classroom in the first place. ATPE knows that Texas teachers are incredible and work hard in their classrooms (and beyond!) every day to provide a great education for the students they teach; they deserve high-quality preparation that will provide them with a strong, solid base and great potential from which they can continue to grow.

Research also backs ATPE’s focus on ensuring all Texas teachers receive the high-quality preparation and support they deserve. A sampling of those findings include: that access to an effective educator is the most important school-based factor affecting a student’s success; that we can better prepare Texas teachers and create a higher achieving student body by raising standards for educator preparation; that candidates seeking certification through the state’s most popular pathway, alternative certification (or a post-baccalaureate path that can currently involve as little as two weeks of training), are leaving the classroom at a faster rate than their peers; and that teacher turnover could be costing our state up to billions of dollars. SBEC’s new rules are not extreme and they represent a lot of compromise with interests that thought original proposals went too far. Still, they set a foundation and represent a positive step. Here are some of the ways SBEC’s new rules seek to improve preparation: The rule revisions and rationale for the changes can be read in their entirety here. They now go to the State Board of Education (SBOE), which will review them at its meeting in two weeks and can affirm the proposals or send them back to SBEC for further review. Educational Aide Certificate The SBEC rules also include recent changes to educational aide certificates. The new rules specify that beginning Sept. 1, 2017, all educational aide certificates issued will be valid for two years. The current validity period of an educational aide certificates is five years. Concurrently, the fees associated with renewing an educational aide certificate will be reduced to $15 (from $30). Those aides with lifetime certificates will not be affected by this change. The Texas Education Agency (TEA) provided several reasons for this move in their rationale to SBEC, including a large number of unused certificates and the issues this can cause with TEA's investigations and prosecutions divisions. According to TEA staff, a total of 227,910 educational aide certificates were issued in the 2014-15 school year, but only approximately 53,791 educational aides were actively employed. As TEA has explained it, although only 53,791 educational aides were employed in schools, the investigations and prosecutions divisions remain responsible for all 227,910 certificate holders, meaning they are using resources to pursue any certificate holder accused of wrongdoing. As TEA put it, “Shortening the validity period for the educational aide certificate would focus TEA investigative and prosecutorial resources only on those who are actively using the educational aide certificate in a Texas public school.” Districts of Innovation Regardless of the SBOE’s actions on these newly revised certification rules, another piece of education policy has the potential to interfere with SBEC’s work: Districts of Innovation (DOI). The DOI law was created by the Texas legislature last session, and it allows certain school districts to opt out of the majority of the Texas Education Code, including provisions requiring quality teacher preparation and certification. ATPE will continue to advocate for high-quality educator training for all Texas educators and will encourage the upcoming legislature to join SBEC in its quest toward raised standards as they consider the potential negative effects of the broad exemption opportunities created under the DOI statutes. Fore more on DOI, visit our DOI Resource Page at atpe.org.
Previous
Next