The Texas Education Agency (TEA) announced details this week on summer training academies for certain teachers. The programs include Literacy Achievement Academies for kindergarten and grade one teachers and Mathematics Achievement Academies for teachers of students in grades two and three. Teachers who complete an academy this summer will receive a $350 stipend through their school district or charter school. In selecting eligible teachers, TEA will give priority to teachers working in schools that enroll at least 50% educationally disadvantaged students (those eligible for free/reduced lunch). For additional information on the academies, click here or contact Chelaine Marion, TEA's Director of Foundation Education, at (512) 463-9581.

Longtime Texas Senator Rodney Ellis (D-Houston) is seeking a new role as a County Commissioner for Harris County. He recently won the Democratic party nomination for that post in Houston's Precinct 1. The Houston Chronicle reported on the move saying, "Although Ellis will be giving up 26 years of seniority in Austin, he will wield significant clout as Precinct 1 commissioner, where he will represent some 1.2 million people, control a budget of more than $200 million and help govern the nation's third-largest county." Ellis has held his Senate seat since 1990, but will be removing his name from the November general election ballot for re-election. That has resulted in a flurry of activity among state representatives interested in the opportunity and a chance for local Democratic precinct chairs to decide which candidate is best suited to replace Ellis on the ballot. Today, Rep. Senfronia Thompson (D-Houston) announced that she intends to seek Ellis's seat in the upper chamber. Thompson is one of the most senior members of the Texas House of Representatives, currently serving her 22nd term; she is also considered the longest-serving female elected official in Texas history. Also vying for the seat is another state representative from Houston, Rep. Borris Miles (D-Houston), who has served in the Texas House since 2006. Rep. Garnet Coleman (D-Houston), who had been rumored to be another possible candidate, announced this week that he intends to remain in the Texas House. Former Houston City Controller Ron Green is also eyeing the nomination. The outcome has the potential to cause another reshuffling of offices around the Capitol and yet another special election heading into the 2017 legislative session. The Texas Senate Education Committee has scheduled a series of upcoming interim hearings that include reform issues of high priority to Lt. Gov. Dan Patrick (R). First, on August 3, 2016, the committee will discuss "a comprehensive performance review of all public schools in Texas, examining ways to improve efficiency, productivity, and student academic outcomes." The hearing will  include looking at "performance-based funding mechanisms that allocate dollars based upon achievement versus attendance" and "any state mandates which hinder student performance, district and campus innovation, and efficiency and productivity overall." Performance-based funding and "mandate relief" have long been favored concepts in the Senate. During the same meeting, senators will take a closer look at the state's only remaining county-based school systems, the Harris County Department of Education and Dallas County Schools to determine whether their services are overlapping with regional education service centers. Finally, the committee will be following up on the implementation of a new law last year (HB 2610) that changed the requirement for a minimum number of school days to a minimum number of school minutes. Next, the Senate Education Committee will meet August 16, 2016, to study school board governance policies and practices and how they can help improve student outcomes, especially for low-performing schools. Expect the Districts of Innovation (DOI) law and how schools are using it to be a topic of discussion. The committee will also talk about pre-Kindergarten grants and legislation to raise the standards for educator preparation programs. 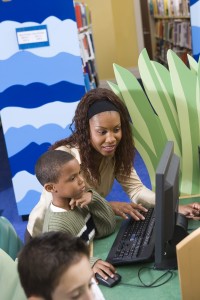 On September 13, the committee will take up the issue of digital learning. Discussions will include access to broadband in school districts around the state and how to build "the necessary infrastructure to provide a competitive, free-market environment in broadband service." The committee will also evaluate the implementation of the law that allows graduation committees to determine if certain students who failed STAAR tests may be allowed to graduate. That ATPE-supported law is set to expire in September 2017 unless the legislature reauthorizes or extends it. Finally, on September 14, the Senate Education Committee is holding an interim hearing on vouchers. The agenda includes looking at education savings accounts and tax credit scholarship programs that have been adopted in other states.

Lt. Gov. Patrick has said that vouchers and other privatization plans will continue to be one of his top legislative priorities for the Senate in 2017. The Sept. 14 hearing will also focus on interventions for schools that have had unsuccessful academic ratings under the accountability system and the implementation of the DOI law, which allows acceptably rated schools to exempt themselves from various state laws. All of the aforementioned meetings will begin at 9 a.m. and public testimony will be limited to two minutes. Most hearings can be viewed live or in an archived format through the state legislature's website. Watch for additional interim hearings of the House Public Education Committee to be announced later this summer for early fall. Stay tuned to Teach the Vote for updates after all of these hearings.

In related legislative interim news, the heads of state agencies are being asked to "engage in a thorough review of each program and budget strategy and determine the value of each dollar spent" as they prepare their Legislative Appropriations Requests (LARs) for the 2017 session. That's the message in a June 30 joint letter from Gov. Greg Abbott (R), Lt. Gov. Patrick (R), and Speaker of the House Joe Straus (R) to agency directors, appellate court judges, and university leaders. In what has become a sort of tradition in interim years, despite our state's often-touted economic successes, the directive calls for state agencies to cut four percent from their base appropriation levels, but notes that exceptions will be made for "amounts necessary to maintain funding for the Foundation School Program under current law" and a few other priorities. At the same time, a group of conservative political organizations are warning lawmakers that they will not be viewed as conservative if the 85th Legislature does not limit appropriations for the next biennium to $218.5 billion or less, including federal funds. The coalition includes groups like the Texas Public Policy Foundation, Americans for Prosperity, and National Federation of Independent Business-Texas, which have often taken decidedly anti-public education stances on issues such as school funding, class-size limits, payroll deduction for public employees, and more. Many thanks to those of you who participated in the SBOE survey on student testing and accountability. The survey ended yesterday, and the board will review the results of the feedback received at its next meeting, scheduled for July 19-22, 2016. The SBOE survey was conducted in concert with the effort by the Texas Commission on Next Generation Assessments and Accountability to make testing and accountability recommendations to the 85th Legislature. The commission is expected to hold its last meeting on July 27 to adopt final recommendations. A set of draft recommendations with rationales and timelines can be viewed here. The commission has struggled to find consensus on many difficult questions relating to student testing, the original meeting schedule for the commission has been extended, and now at least one member of the commission has voiced concerns about the process. In a recent letter to Dr. Andrew Kim, the commission's chairman, commissioner Theresa Trevino, who also serves as president of Texans Advocating for Meaningful Student Assessment (TAMSA), shared her belief that some recommendations were being given short shrift. Stay tuned to Teach the Vote for updates on both upcoming meetings of the SBOE and the Commission on Next Generation Assessments and Accountability. 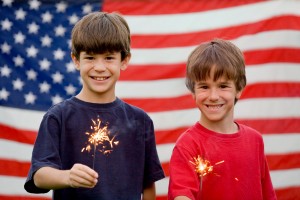