October and the weekend have arrived! Here are education stories that made the news this week. 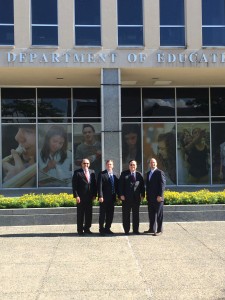 ATPE representatives visited the U.S. Department of Education this summer to discuss the state's ESEA waiver request. Texas received an extension of the waiver this week but learned that our state has been placed on "high-risk status." In 2013, Texas asked the U.S. Department of Education to waive certain outdated accountability provisions in the Elementary and Secondary Education Act (ESEA), also known as No Child Left Behind (NCLB). The federal government granted us flexibility on a temporary basis, conditioned on Texas's agreeing to change the way it evaluates educators. As TEA has been developing and piloting a new state-recommended system for evaluations of teachers and principals (T-TESS and T-PESS), the state has sought and received short-term extensions of the waiver. Now, the feds are giving Texas a January 2016 deadline to show that it is prepared to meet the Obama administration's demands on requiring all schools to use the state's new evaluation model and base personnel decisions upon it. Commissioner of Education Michael Williams says it's not that simple though. Read more in our blog post earlier this week about the state's commitment to local control. Also, view ATPE's press release about the news.   If you plan to submit written feedback to the State Board for Educator Certification (SBEC) about its troubling plan to allow superintendents to become certified despite having no master's degree or prior experience as an educator, the public comment period ends Monday, Oct. 5. ATPE has been a vocal opponent of the proposed rule change and submitted formal written comments to the board yesterday. Read more about the proposal that's on the agenda for SBEC's next meeting on Oct. 16 and view our complete written comments in ATPE Lobbyist Kate Kuhlmann's blog post from yesterday. Click here for more details on how you may submit your own comments to SBEC via e-mail between now and Monday.   From Washington, D.C., it was announced today that U.S. Secretary of Education Arne Duncan will step down in December. That's one of many education news highlights you'll pick up when you follow Teach the Vote, ATPE, and members of our lobby team on Twitter and other social media sites. Here's a recent sampling: 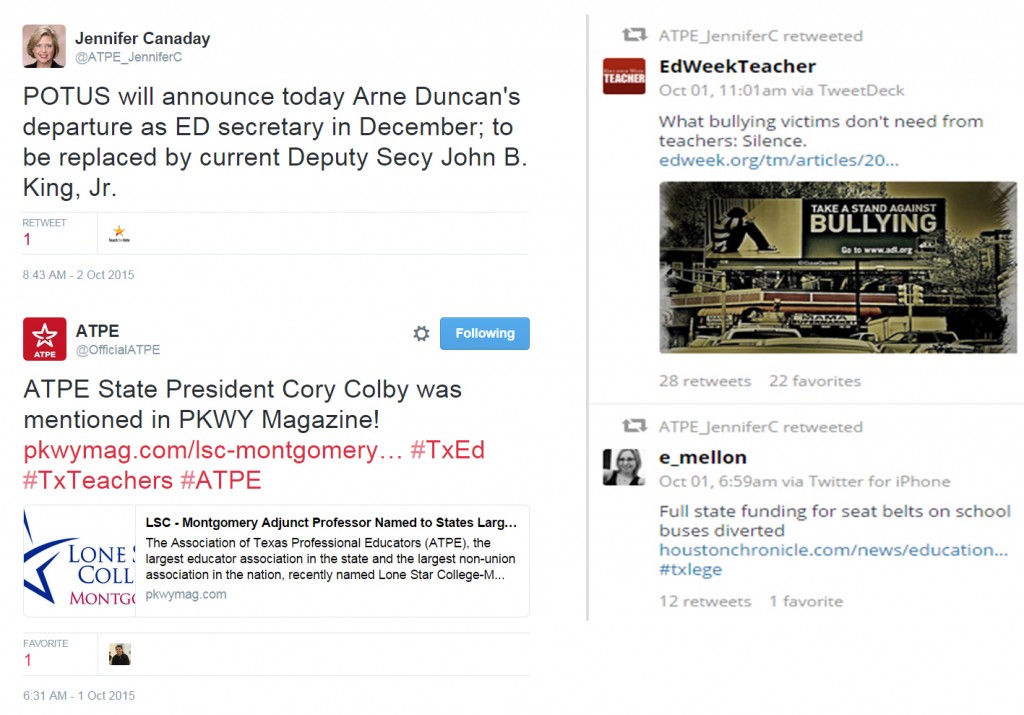