CORONAVIRUS: Amid significant staffing shortages related to the COVID-19 pandemic, the Texas Education Agency (TEA) has announced new minimum quarantine rules in keeping with updated guidelines from the U.S. Centers for Disease Control and Prevention (CDC). Under the new rule, school staff who have or are suspected to have COVID-19 must remain away from school for five days after they are symptom-and fever-free, or five days from their positive test result if they have no symptoms. The new rule is identical to the previous rule other than shortening the time frame of the quarantine from 10 days to five. Student quarantine remains at 10 days but may also be shortened to five days as early as next week. 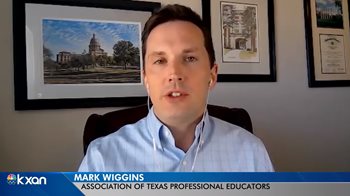 Related: ATPE Lobbyist Mark Wiggins spoke to KXAN News this week about the impact of COVID-19 and the omicron variant, which has caused a spike in pediatric hospitalizations. Wiggins shared ATPE’s position that “each district should be freed up to be able to make the decisions to keep its students and employees safe, based on the conditions that it is seeing.”

VACCINES: This week the U.S.  Food and Drug Administration (FDA) authorized Pfizer-BioNTech booster shots for children aged 12 and older, to be given five months after the completion of the initial two-shot vaccine course. Following this action, the U.S. Centers for Disease Control and Prevention (CDC) on Wednesday recommended that children 12 and older get the booster shot. The Pfizer vaccine is the only one authorized for teens. Read more in this reporting from NPR. 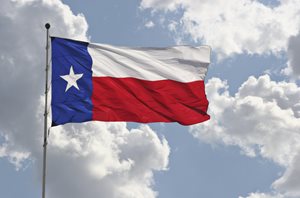 1836 PROJECT: House Bill (HB) 2497 by Rep. Tan Parker (R-Flower Mound), passed by the 87th Legislature during the 2021 regular session, established the “1836 Project.” The bill calls for a nine-member advisory panel of political appointees tasked with promoting patriotic education and increasing “awareness of the Texas values that continue to stimulate boundless prosperity across this state,” as quoted from the bill. This includes creating a pamphlet to be given to those receiving a Texas driver’s license and a written report detailing the committee’s activities, findings, recommendations, and any proposals for future legislation.

The new committee held its first meeting this week, chaired by Dr. Kevin Roberts, CEO of the conservative think tank Texas Public Policy Foundation (TPPF). During the meeting, Roberts established three subcommittees: “Telling the Texas Story,” chaired by Dr. Don Frazier to provide the report and pamphlet, “Voices Across Texas,” an outreach group chaired by TPPF’s Sherry Sylvester that will hold meetings across the state, and “The Scope of the Texas Story” chaired by Sen. Brandon Creighton (R-Conroe) to emphasize modern groups (e.g., demographic, industry, associations) that have driven Texas prosperity and economy.

Committee members suggested invited testimony for future meetings, including authors of the controversial book “Forget the Alamo,” members of the Texas Council for the Social Studies, public historians, representatives from various economic sectors of the state, state demographers, Texas Education Agency (TEA) officials, and the Texas Historical Commission. Sen. Creighton was also announced as vice-chair of the committee. Watch archived video of this week’s meeting here. The advisory committee is expected to meet again in February. 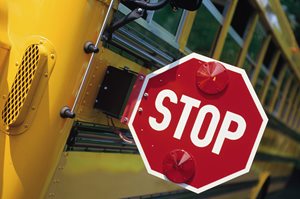 BUS DRIVERS: The U.S. Department of Education (ED) announced joint action with the Department of Transportation this week to combat school bus driver shortages. Under a federal waiver, states will now have the option to waive a portion of the commercial driver’s license (CDL) test that requires identification of “under the hood” engine components. Drivers who obtain a CDL under the waiver will only be allowed to drive school buses, not other commercial vehicles such as trucks.


ELECTIONS: Do you need to register to vote for the first time? Or are you registered but have recently moved or changed your name? There are just over three weeks left to register to vote in the March primary election, which is when voters choose the candidates from each party who will appear on the general election ballot in November.

Here are the dates to know for the 2022 primary election:

Texas recently passed redistricting legislation, which means you may be in a new district when you go to vote next time. To find out how your district maps have changed, check out this resource from the Texas Tribune, along with their tracking of interesting primary candidate lineups. Texas races are often decided by the outcomes of the primary elections, and redistricting has made many Texas seats even less competitive, making it even more important that you vote in the March primary.

Related: ATPE is preparing to roll out changes to our Teach the Vote website next week, allowing you to search and view candidates under the new district maps for the Texas House and Senate and State Board of Education, plus profiles of select statewide offices. Candidate profiles will include responses to the ATPE Candidate Survey for those who choose to participate in our survey, plus newly updated voting records for legislative incumbents. Watch for these changes early next week!
Previous
Next

Excited about TTV’s update! Thank you! And SO thankful about the bus waiver. We’ve been asking for the unnecessary ‘under the hood’ component to be removed for years.