We are entering the final month of the Texas legislative session, and school districts are finally gaining access to some of the federal COVID-19 relief funds sent to Texas. For more of this week’s news highlights, read our recap from the ATPE Governmental Relations team:


FUNDING: On Wednesday, Governor Abbott and other state leaders announced the long-awaited release of billions in federal emergency relief funds for Texas public schools. The Texas Education Agency (TEA) posted information on its COVID-19 webpages to guide school districts in applying for a portion of the $11.2 billion in federal funds. 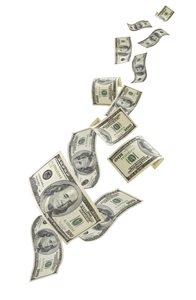 TEA made it clear in correspondence to districts that the state will not use these federal funds to supplant state funds in the budget. The remaining emergency relief funds, both from ESSER II and ESSER III funding streams, are contingent upon further approval and clarity provided by the federal government.

ATPE released a press statement urging the state to continue efforts at transparency and diligence in pursuing the additional federal funds for Texas public schools. This development follows a letter ATPE sent last week to U.S. Secretary of Education Miguel Cardona seeking clarity on our state's eligibility for the federal relief funds for education. Read more about this week's release of the federal funds in this blog post by ATPE Governmental Relations Director Jennifer Mitchell.

BIDEN: President Joe Biden gave his first joint address to Congress this week, using the speech to promote his American Families Plan, which seeks $1.8 trillion in federal funding for a wide range of programs. Education-related investments in president’s proposal include funding for universal pre-Kindergarten for 3- and 4-year-olds, teacher recruitment and training, and two years of free tuition at community colleges. A national policy granting paid sick and family leave is another component of the plan. Read more about the American Families Plan in this blog post from ATPE Governmental Relations Director Jennifer Mitchell. 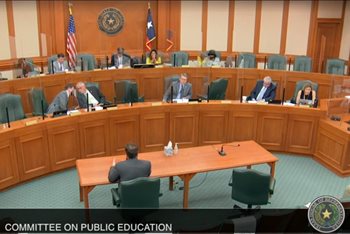 Exter testified against the latest version of SB 28. Also at Wednesday’s hearing, the committee heard testimony on House Bill (HB) 3880 by Dutton (D-Houston) relating to students with dyslexia and then unanimously approved the bill on the same day. Read more about the committee’s action this week in this blog post from ATPE Lobbyist Andrea Chevalier. Next week, the HPE committee will consider a short agenda of Senate bills and two House bills. 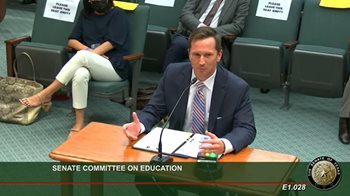 by the committee Tuesday in this blog post from Wiggins.

The committee also held a brief meeting Wednesday to vote on a number of pending bills, including SB 1792, which passed by a vote of 6 to 3 and will head on to the full Senate for consideration. Read about all the bills that earned the committee’s approval this week in this follow-up blog post by Wiggins.

OTHER LEGISLATION: ATPE supported three other bills this week outside of the education committees. On Tuesday, ATPE supported HB 3992 by Canales in the House Transportation committee, which would allow school buses to use their lights for stops to provide meals to students and parents. ATPE also supported Senate Concurrent Resolution (SCR) 17 by Hughes in the House Pensions, Investments, and Financial Services committee Wednesday, which would urge Congress to repeal the Government Pension Offset and the Windfall Elimination Provision of the Social Security Act. Lastly, on Thursday, ATPE supported HB 4473 by Walle, which would require public employers such as school districts to provide a place other than a restroom where an employee can express breastmilk.

ELECTION: Saturday, May 1, is election day for many local races and bond propositions. ATPE encourages educators to vote tomorrow if they did not early vote. For more information about voting in the May 1 uniform election, check out these non-partisan resources:

REDISTRICTING: The results of the 2020 Census give Texas the greatest gain in Congressional seats out of all states. Because of population growth, Texas will gain two seats in the U.S. House of Representatives for a total of 38 seats out of the overall 435 seats. Other states, such as Florida, Colorado, and North Carolina, gained just one seat, while some states, including California, New York, and Michigan lost a seat. Texas still awaits more detailed data from the federal government before it can carry out state redistricting. This information is expected to be released in September, well after the end of the regular legislative session. 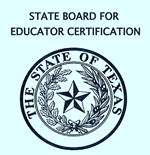 SBEC: The State Board for Educator Certification (SBEC) met Friday to take up a short agenda, including updates on the Accountability System for Educator Preparation (ASEP) and the EdTPA pilot. The board welcomed two new members, TEA introduced its new Associate Commissioner for Educator Preparation, Certification, and Enforcement, and a couple ATPE members were appointed to advisory committees. Read more about today’s SBEC meeting in this blog post from ATPE Lobbyist Andrea Chevalier.

ATPE MEMBER RESOURCES: As we enter the final weeks of the Texas legislative session when developments occur rapidly, ATPE reminds educators how important it is to reach out to their own Texas senators and representatives about bills being considered. Advocacy Central is available to ATPE members to help them quickly send messages to their elected officials and track the status of bills.

ATPE also continues to update our COVID-19 FAQs and Resources page for educators.

SO much going on, but ATPE covers it ALL! THANK YOU!!!