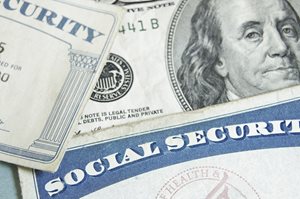 WEP: ATPE and the Texas Retired Teachers Association (TRTA) have partnered with a Massachusetts retiree association for a year-end push in Washington, D.C., for Social Security reforms. The groups are urging U.S. House Ways and Means Committee Chairman Richard Neal (D-Mass.) and Ranking Member Kevin Brady (R-Texas) to send a bill to the floor to address the Windfall Elimination Provision (WEP) in federal law that reduces Social Security benefits for millions of public employees when they retire. Read more in this Teach the Vote blog post. 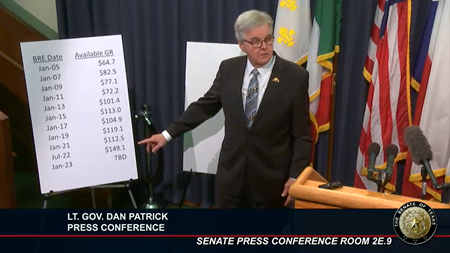 LEGISLATURE: Lt. Gov. Dan Patrick (R) held a press conference at the state capitol Wednesday to share his legislative priorities for 2023. The list included property tax relief, school security, educator compensation, parental rights, and other concerns. Patrick also shared the Legislative Budget Board’s vote earlier that same day to set a 12.33% cap on how much of the state’s available revenue the Legislature can spend next session.

The lieutenant governor’s priorities were presented as broad concepts, and Patrick said it would be up to legislators to flesh out the details in any bills that are filed. ATPE issued a press statement urging lawmakers to include educators in the development of those bills.

VIRTUAL: The Texas Commission on Virtual Education met Wednesday, Nov. 30, to discuss a draft of the report it is required to submit to legislators ahead of the next legislative session. The report includes findings and policy recommendations based on eight meetings held over the course of 2022 and is intended to serve as the starting point for legislation concerning virtual education next session.

In general, the draft report recommends removing the guardrails intended to prevent large-scale expansion of full-time virtual programs to a broader population of students. The COVID-19 pandemic and previous research have shown most students do not perform well in a full-time virtual environment. You can take a look at the draft in this blog post by ATPE Lobbyist Mark Wiggins.

COURT: ATPE has been reporting recently on litigation that has stalled the Biden administration's plan for a massive student loan debt relief program. The Supreme Court of the United States announced this week it will hear arguments in the case in February 2023. 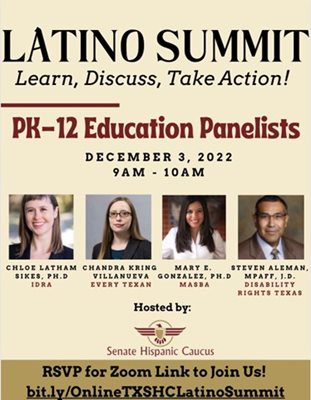 ATPE Lobbyist Mark Wiggins will be moderating a panel discussion on PK-12 education policy from 9 to 10 a.m. (CST) Saturday. The panel will feature representatives from other organizations engaged in education policy work, including Rep. Mary Gonzalez (D-Clint) and the Mexican-American School Boards Association (MASBA).

The summit is free and open to the public. Watch Wiggins and the education panel, as well as panels on other issues, by registering here.

RULES: The Texas Education Agency (TEA) is accepting public comments through Dec. 5 on a proposed commissioner’s rule concerning school counselors. SB 179, supported by ATPE and passed by the Legislature in 2021, requires school district policies to provide that counselors shall spend at least 80% of their time on counseling, as opposed to other duties such as testing-related activities. Districts must also assess their compliance with the policy on an annual basis. The proposed commissioner’s rule attempts to implement that new law by imposing new recordkeeping and reporting requirements for counselors and school districts. Find more detail on the rule and how to submit comments here.

Also, TEA will hold a public hearing Monday, Dec. 5, on another proposed commissioner’s rule for school facility upgrades to improve safety, such as requirements for securing doors and installing panic buttons. TEA says grants to school districts could help them defray the costs of complying with the rule. In addition to the opportunity for in-person testimony Monday, the agency is accepting public comments through Dec. 12 via the TEA website. Read more about the proposal here.

ELECTION: Candidate Adam Hinojosa (R) this week requested a recount of the recent general election results for Texas Senate District 27. Hinojosa lost that race by a 659-vote margin to Senator-Elect Morgan LaMantia (D). The recount request covers only three of the eight counties in that Senate district, “where large numbers of paper or mail-in ballots were cast,” according to Hinojosa. In a statement responding to the request, LaMantia said, “We are confident our victory will be affirmed and that the [recount] process will instill in a watchful public even greater confidence in the strength of our election systems.”

ATPE: Registration is now open for ATPE at the Capitol, our political involvement training and lobby day event held during each legislative session. Exclusively for ATPE members, the event is taking place Feb. 20-21 at the Austin Marriott Downtown and the Texas State Capitol. Learn more and register here.

ATPE thanks our members who participated in our Teacher Trot Virtual 5K Fun Run/Walk over the week of Thanksgiving. 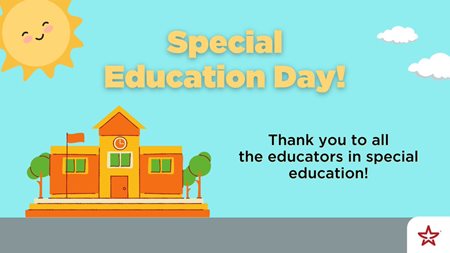 SPED: Today is Special Education Day! This is a day that commemorates the signing of the Individuals with Disabilities Education Act. Thank you to all the educators in special education!