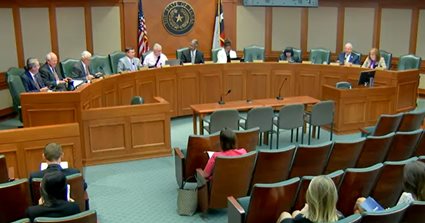 TESTING: The House Public Education Committee met Tuesday to hear from Education Commissioner Mike Morath and other witnesses. The commissioner discussed a testing bill passed in 2019 and unfulfilled recommendations of a 2016 state commission on improving testing. Morath spoke at length about the usefulness and validity of the current testing regime, as well as key aspects of the testing redesign spurred three years ago by House Bill (HB) 3906. These include using “baby tests” to replace the high-stakes summative STAAR and an emphasis on matching test formats to good instructional practice, which Morath said should “make kids sweat.” ATPE submitted written testimony with recommendations on testing. Read more in this blog post by ATPE Lobbyist Andrea Chevalier and find archived video of the hearing here.

LEGISLATURE: On Monday, the House Select Committee on Youth Health and Safety met jointly with the Committee on Homeland Security & Public Safety to hear invited testimony about the role of online communications in mass violence scenarios, using technology to identify and mitigate threats of violence, and the study of state needs related to mental health professionals, educators, and others overseeing youth mental health programs and services. 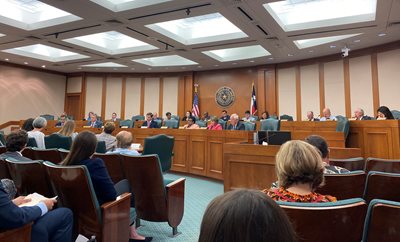 The two committees heard from representatives of several state agencies, including the Texas Education Agency (TEA), as well as school counselors and nurses and higher education faculty. Resources following school shootings, including those in Uvalde and Santa Fe, and efforts to identify threats before they materialize were among the topics discussed. Watch archived video of the hearing here.

The House Corrections Committee held a hearing on some of its interim charges Wednesday. The committee's agenda included a review of last year’s HB 30 regarding educational programs offered in the Windham School District. Click here for archived video of the meeting. 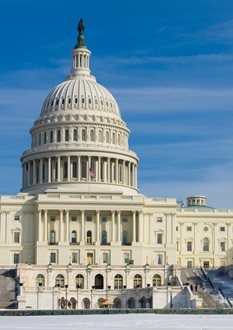 CONGRESS: The U.S. House voted to pass the “Inflation Reduction Act” this afternoon, sending it to the president for approval. Months after the Biden administration’s Build Back Better legislation faltered along party lines, this pared-down package to address climate change, healthcare costs, and taxes for large corporations is expected to become law soon. Already approved by the U.S. Senate, the roughly $370 billion legislation includes funding to deal with air pollution in schools located in low-income and disadvantaged communities, as well as grants to assist in replacing heavy vehicles such as buses with cleaner, lower-emission models. With rising healthcare costs squeezing many Americans, the bill aims to offer some relief by authorizing Medicare to negotiate with drug companies for lower prescription prices.

Related: It's Time Texas has created a new toolkit for eduators to help recognize signs of burnout and take steps to prevent it. Learn more and download the resource on the ATPE blog. 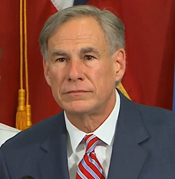 VOUCHERS: Gov. Greg Abbott (R) continued his promotion of private school vouchers during a campaign stop at a Dallas private school Thursday night. The governor met with parents at The King’s Academy, a Christian faith-based school, to continue his campaign messaging around parental rights and diverting tax dollars from local public schools to private and parochial academies often located in the state’s largest cities. Heading into the November 2022 general election and 2023 legislative session, Abbott and others are trying to rally support for privatization, though it’s unclear whether enough state legislators will bow to the pressure. As noted in an article from The Texas Tribune this week, many rural Republican lawmakers have opposed voucher-like proposals that would take money away from public schools that are the backbone of their communities.

COVID-19: New guidance released by the U.S. Centers for Disease Control and Protection (CDC) relaxes COVID-19 social distancing and isolation protocols just in time for the new school year. The guidance specifies that instead of quarantining after exposure to COVID-19, individuals can wear a high-quality mask for 10 days and get tested on day five. The guidance also recommends staying home for five days after testing positive and ending isolation after five days if symptoms are improving or no longer present. The CDC no longer recommends screening tests of asymptomatic people without known exposures in most community settings. The updated guidance generally applies to community settings, including schools. The CDC intends to update stand-alone guidance documents for specific settings to align with this update.

FORUMS: The group Pastors for Texas Children is hosting two upcoming events in which the Republican and Democratic nominees for lieutenant governor — incumbent Dan Patrick (R) and repeat challenger Mike Collier (D) — are invited to discuss public education issues. The first forum is scheduled for Aug. 24 in Lubbock, followed by another forum in Amarillo on the 25th. Both events are scheduled from 11:30 a.m. to 1 p.m., and registration info can be found here.