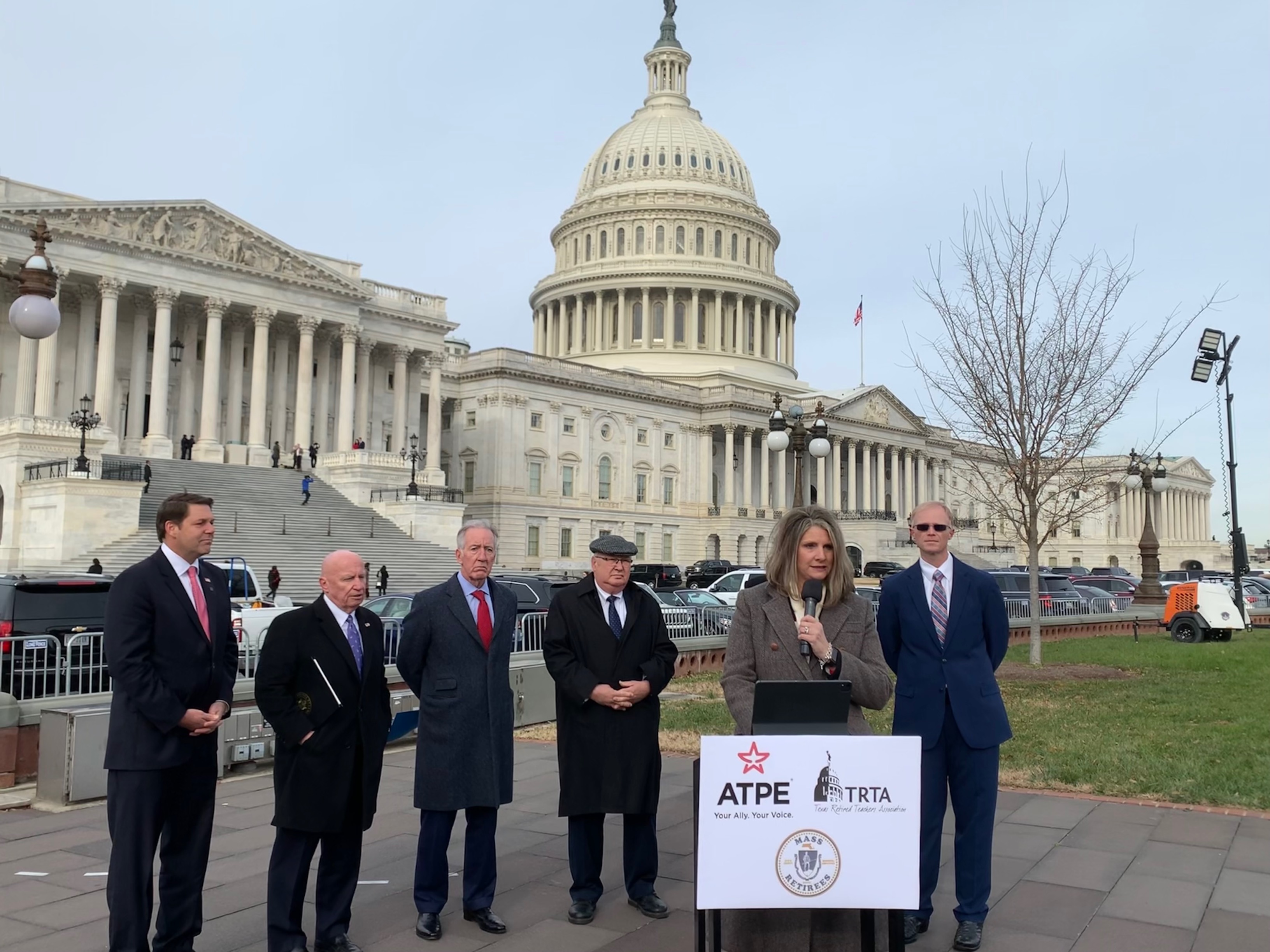 ATPE State President Stacey Ward joined representatives of the Texas Retired Teachers Association and Mass Retirees Association at a press conference Wednesday morning in Washington, D.C., to urge Congress to pass Social Security reform legislation by the end of the year. They were joined at the event by several members of Congress who have been strong allies on efforts to repeal the Windfall Elimination Provision (WEP) and Government Pension Offset (GPO) that reduce retirement benefits for many educators and other public servants in several states.

Standing in front of the U.S. Capitol alongside members of Congress, Ward said, “The time is now,” conveying the urgent need to address the arbitrary provisions in the law that hurt so many teachers when they retire and dissuade younger generations from joining the profession. 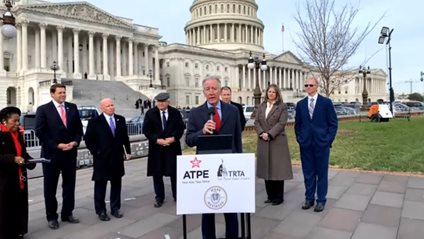 U.S. House Ways and Means Committee Chairman Richard Neal (D-Mass.) was the highest-ranking elected official at the press conference. His powerful committee oversees all legislation pertaining to Social Security. Neal emphasized that he and other leaders continue to work toward an agreement that will have the momentum to pass. The chairman stated he was prepared to vote for H.R. 82, a bill that would fully repeal both provisions—if it garners enough support to pass. Other speakers noted there were not enough votes in the U.S. Senate to pass a full repeal in the current Congress.

Neal and U.S. Rep. Kevin Brady (R-Texas), who is the ranking member of the Ways and Means Committee, have both filed legislation to repeal and replace the WEP with a more equitable provision. The two measures, which are very similar, have garnered substantial support from both sides of the aisle. 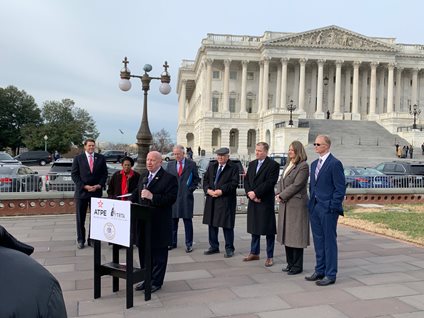 Brady said during the press conference: “Texas and Massachusetts teachers have been the tip of the sphere here.” He thanked the stakeholders for their presence at the Capitol to help get something done. Brady said, “We’ve always sought equal treatment,” touting the benefits of a proportional approach to calculating public servants’ benefits instead of the arbitrary WEP formula that is used today. Brady also explained that the effort to pass a WEP reform bill before the end of the current term was only the first part of a multi-pronged attempt to solve the issues with Social Security without hurting the long-term solvency of the fund.

“As complicated as WEP is, the GPO is even more complicated,” Brady added. “If we can solve WEP, we can then turn to GPO.”

U.S. Rep. Shelia Jackson-Lee (D-Texas) spoke next. She said: “I’m for full repeal, but I’m also for survival…. Let’s get it done.” Also speaking at the press conference were U.S. Rep. Jodey Arrington (R-Texas), who sits on the Ways and Means Committee that oversees Social Security legislation, and U.S. Rep. Lance Gooden (R-Texas).

Asked by reporters about the likelihood of getting a deal done this month, Neal said, “We’re close to something.” Brady added, “We have to grind it out to see if we can get this done. … We’re not gonna give up until the clock strikes midnight.” 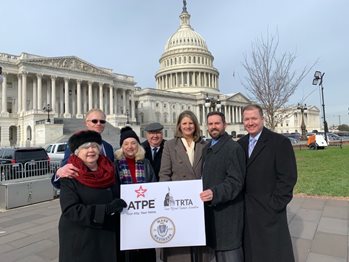 ATPE’s Ward and Senior Lobbyist Monty Exter are also meeting with individual members of the congressional delegation in Washington this week to lobby for a Social Security fix in the final weeks of the term. Adding urgency to the push are the facts that Brady is retiring and that Neal will no longer chair the committee once control of the U.S. House returns to Republicans in January.

ATPE encourages educators to continue contacting members of Congress and urging them to address Social Security now. ATPE members can use Advocacy Central to contact their elected officials via phone, email, or social media. (Member login is required.)