Here are this week's news highlights and a preview of education-related happenings next week: 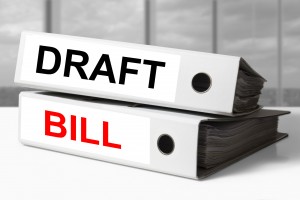 Amid all the bills that will be filed for this session, the only one that the 85th Texas Legislature must pass is the state budget for the next two years. Legislative leaders in both the House and Senate last week revealed early plans for a new state budget, but the Senate was quick to convene hearings this week to flesh out the details for its proposal, housed in Senate Bill (SB) 1. ATPE Lobbyist Monty Exter attended those hearings and testified Tuesday on behalf of ATPE. Read his blog post to learn more about the budget hearings, along with a joint meeting of the Senate Education Committee and a Senate Finance work group on school finance that took place today. For the latest developments, you can also follow @TeachtheVote or any of our individual lobbyists on Twitter.   President Donald Trump's nominee to oversee the U.S. Education Department (ED) continues to rankle educators and concerned parents nationwide. Betsy DeVos, the Michigan billionaire tapped to become the next Secretary of Education, is now the subject of a deluge of calls and letters to Capitol Hill. ATPE Lobbyist Kate Kuhlmann has been writing about the confirmation process, including a confirmation hearing last week before the U.S. Senate Health, Education, Labor, and Pensions (HELP) Committee that did not go smoothly for DeVos. Many Democrats in the Senate have publicly announced their intentions to vote against confirming DeVos, largely due to concerns about her lack of public education experience, her outspoken advocacy for privatization, and concerns about conflicts of interest revealed during a required ethics review.From all indications, however, DeVos continues to enjoy the support of the Republican majority. The HELP committee is scheduled to take a vote on DeVos's nomination on Tuesday, Jan. 31, after which the full Senate will weigh in on her confirmation. ATPE members who would like to communicate with U.S. Senators John Cornyn (R-TX) and Ted Cruz (R-TX) about Betsy DeVos are encouraged to use our simple tools at Advocacy Central (member login is required). Sample phone scripts and email messages are provided for your convenience. Learn more here.   ATPE Lobbyist Mark Wiggins reports that the State Board of Education (SBOE) will meet next week in Austin, where two new members will be sworn in alongside those reelected in November. Georgina C. Pérez (D-El Paso) and Keven Ellis (R-Lufkin) will be the two new faces on the board. ATPE had a chance to visit with each at an orientation meeting before the holiday break. Pérez is a retired teacher, and has many former students on staff. A lifelong El Paso resident, Pérez runs an organization that builds libraries in poor communities. Ellis is a former school board member, and fills the seat previously held by Thomas Ratliff (R-Mount Pleasant). Ellis is an Aggie dad and chiropractor. Both freshmen expressed hope for a productive year on the board. 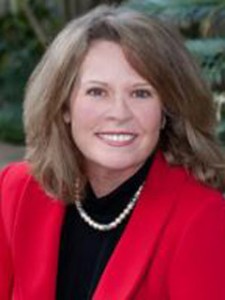 Donna Bahorich Members Ken Mercer (R-San Antonio), Donna Bahorich  (R-Houston), Barbara Cargill (R-The Woodlands), Tom Maynard (R-Florence), Sue Melton-Malone (R-Robinson) and Marty Rowley (R-Amarillo) won reelection to the body. Earlier this week, Gov. Greg Abbott reappointed Bahorich to chair the 15-member board. Resuming her role as chair effective February 1, her new term will expire February 1, 2019. The board will elect a vice-chair and secretary and assign committees after Tuesday’s swearing-in ceremony. The board’s agenda next week will include a public hearing and first reading vote on curriculum standards (TEKS) for English and Spanish Language Arts and Reading, as well as a hearing and first reading vote on efforts to streamline the science TEKS. The board will also discuss the schedule and instructional materials to be included in Proclamation 2019. Any fireworks next week are likely to stem from public testimony on the science TEKS. At the November 2016 meeting, members of the committees assigned to review the TEKS shared their findings and recommendations with the board. Science teachers charged with studying the biology TEKS recommended removing a handful of passages related to evolutionary science over concerns about mastery and grade level appropriateness. Some viewed those passages as encouraging discussion of creationism. At the moment, it’s unclear how the changes in board membership could affect the final vote on the proposed edits. Stay tuned to Teach the Vote for updates on next week's SBOE meetings.

This week saw private school vouchers dominate the discussion in and around the pink dome in Austin. Gov. Greg Abbott and Lt. Gov. Dan Patrick addressed private and charter school supporters bused to the Texas Capitol on Tuesday to promote National School Choice Week. The "school choice" verbiage is being used to market a variety of voucher programs this session, most notably education savings accounts (ESAs) and tax credit scholarships. The anti-voucher Coalition for Public Schools, of which ATPE is a member, hosted a legislative briefing and press conference Monday to break down what's actually being proposed under the school choice slogan. Voucher programs threaten to remove more resources from a school finance system that is already critically underfunded. According to data compiled by Governing, Texas ranked 42 out of 50 states in per-pupil spending in 2014. The state spent $8,593 per student in 2014 dollars, $2,416 below the national average of $11,009. As reported last week on our Teach the Vote blog, Senate Bill (SB) 542 by Sen. Paul Bettencourt (R-Houston) and House Bill (HB) 1184 by Rep. Dwayne Bohac (R-Houston) fall into the tax credit scholarship category. Those bills have already been filed, but we're still awaiting what is expected to be Lt. Gov. Patrick's signature voucher proposal, likely in the form of an ESA. Senate Bill (SB) 3 has been reserved for the school voucher bill that will be one of Patrick's top three priorities this session. The House budget has proposed adding $1.5 billion in public school funding pending meaningful school finance reform, and has shown little appetite for a voucher program that would divert limited public tax dollars to private businesses. On Tuesday, Patrick demanded the House allow an "up or down vote" on vouchers this session. The lieutenant governor could roll out his preferred voucher bill as early as next week. Stay tuned for updates.   Today, ATPE Governmental Relations Director Jennifer Canaday wrote a blog post for Teach the Vote about the status of a politically motivated effort to ban educators from using payroll deduction for their association dues. The House Committee on State Affairs has released a new report on the issue after studying it during the interim. The report highlights arguments on both sides of the debate and concludes that legislators should carefully consider such input and, in particular, which groups would be affected by a bill to eliminate payroll deduction options. Bills now pending in the 85th legislative session would prohibit school district employees from using payroll deduction for association dues - even dues paid to groups like ATPE that support the right to work and are not union-affiliated. At the same time, the bills (SB 13 and HB 510) would ensure that other public employees such as police officers and firefighters could continue to pay union dues via payroll deduction. The decision to single out educators while exempting other public employees makes it all the more obvious that the sponsors of these bills are really trying to stifle advocacy efforts within the school community.

Read more about ways you can help protect educators' right to use payroll deduction in today's blog post, and if you're an ATPE member, please be sure to check out our additional resources on the payroll deduction bills and communication tools at Advocacy Central.

There's only one week left for ATPE members to sign up for ATPE at the Capitol, happening March 5-6, 2017, at the Renaissance Austin Hotel and the Texas State Capitol. Friday, Feb. 3 is the deadline for housing, registration, and applications for financial incentives. ATPE members won't want to miss this opportunity to hear from legislative leaders and interact directly with their own lawmakers about the education issues taking center stage this legislative session. Register, view schedule updates, and find all other details here. (ATPE member login is required to access Advocacy Central and the registration page for ATPE at the Capitol. Contact the ATPE state office if you need assistance logging in.)
Previous
Next