Here are education news highlights for this Inauguration Day edition of our wrap-up:

Embed from Getty Images
President Donald J. Trump took the oath of office today on the steps of the U.S. Capitol. Immediately upon being sworn in as the nation's 45th president, Trump gave a rather nontraditional inauguration speech more reminiscent of his days on the campaign trail, painting a bleak picture of the current state of U.S. economic affairs and vowing to help America "win again." On education, Trump made reference to "an education system flush with cash but which leaves our young and beautiful students deprived of all knowledge." Media pundits were quick to respond that measures such as graduation rates have generally shown improvement despite the fact that a majority of states have decreased their education spending in recent years. The inauguration festivities this weekend cap off a busy week in Washington, where Trump's cabinet picks have been undergoing confirmation hearings on the hill. Former Texas governor Rick Perry, nominated to head the U.S. Department of Energy, fielded questions yesterday during a low-key and noncontroversial session with the Senate's Energy and Natural Resources Committee and is expected to face little resistance to his confirmation. The same cannot be said of Trump's pick to lead the Education Department (ED). Education Secretary nominee Betsy DeVos failed to temper growing fears at her confirmation hearing earlier this week. The hearing was held late Tuesday in the U.S. Senate Health, Education, Labor, and Pensions (HELP) Committee. While HELP Committee Chair Lamar Alexander (R-TN) praised her nomination and his Republican colleagues on the committee seemed in step with advancing her nomination as early as next week, Democrats expressed serious concerns. As reported by ATPE Lobbyist Kate Kuhlmann in her full report of this week's hearing, the questions DeVos refused to answer, or in some cases couldn’t answer, are getting the most attention. She failed to promise to preserve funding for public schools and expressed confusion over the nation’s special education law, the Individuals with Disabilities Education Act (IDEA). Not surprisingly, she also dug in hard on her support for vouchers, refusing to tie apples-to-apples accountability and reporting requirements to public money sent to schools outside of the traditional public school system. A mandatory ethics review on DeVos was also released today. The review identified 102 potential financial conflicts of interest, from which she has agreed to disassociate. Senators will have until Tuesday to look over information on these conflicts of interest; the committee’s vote is expected to be held that day. Look for more from Kate on the vote and the ethics review next week. Following the hearing, concerns about DeVos grew outside of the Capitol as well, and the expressed dissatisfaction for her nomination grew significantly on social media. Texans can call or write their senators to register their disapproval for DeVos’s nomination. ATPE members, log in to Advocacy Central to access contact information for Senators John Cornyn (R-TX) and Ted Cruz (R-TX) if you'd like to send a quick message to your senators about Betsy DeVos.

The U.S. Education Department (ED) wrapped up its final days under the Obama administration this week. As we have been reporting on Teach the Vote, it is the department expected to be headed up soon by billionaire Betsy DeVos, who despite nationwide opposition from the education community has ample Republican support to achieve more than the votes needed for Senate confirmation. In the meantime, though, there will be a very temporary change in leadership at ED. It was announced this week that Phil Rosenfelt, the deputy general counsel for ED, will be the acting secretary between the end of Secretary John King’s term as of today, and the confirmation of ED’s next secretary. In his final week of work, Secretary King oversaw the issuance of two new non-binding guidance documents (find those here and here) and withdrawal of the controversial proposed rule on “supplement, not supplant.” The latter is a piece of federal law that requires states to show that federal money is only used to bolster a state’s education budget, not replacing any dollars that would otherwise be dedicated to education. ED’s interpretation of the law as it was slightly altered under the Every Student Succeeds Act (ESSA) altered the way states must demonstrate compliance. While the department compromised on many elements of the original proposal as it progressed through the rulemaking process, the latest version still garnered considerable disagreement among stakeholders. Most expected the rule to face elimination under the Trump administration. The department explained that it simply ran out of time under the current administration.   Earlier this week, Texas Senate and House leaders shared details on their respective plans for writing the state budget to cover the next two years. ATPE Lobbyist Monty Exter shared highlights of the two proposals in a blog post earlier this week. The Senate Finance Committee, chaired once again by Sen. Jane Nelson (R - Flower Mound), will commence hearings on its budget bill, Senate Bill (SB) 1, next week. The committee is slated to begin taking testimony Tuesday on Article III, the portion of the budget that covers public education, and ATPE's Exter will be there to share our input. Watch for more coverage of the budget hearings next week on Teach the Vote. 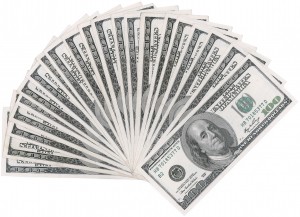 The House budget proposal calls for spending a bit more money on public education than the Senate's version, and leaders on the House side have even expressed interest in looking to the state's Economic Stabilization ("Rainy Day") Fund for additional resources this session. The House plan includes contingency language that would authorize an extra $1.5 billion for public education if the 85th Legislature passes a school finance bill that reduces recapture and improves equity. As ATPE Lobbyist Mark Wiggins writes for our blog today, increasing the state's share of education funding is the key to lowering property tax burdens at the local level, and that is expected to be a prominent talking point during Tuesday's budget hearing.   The first major private school voucher legislation was filed this week. Senate Bill (SB) 542 by Sen. Paul Bettencourt, and its companion House Bill (HB) 1184 by Rep. Dwayne Bohac, are a rehash of the tax credit scholarship legislation filed last session by Bettencourt, Bohac, and others. The tax credits for funding scholarships to be used at private schools are one of several varieties of private school voucher that Lt. Gov. Dan Patrick and like-minded senators have been pushing for multiple sessions. While a related voucher bill did pass the Senate in 2015 with significant assistance from the lieutenant governor, Bettencourt and others pushing for privatization found little appetite for vouchers in the House. ATPE circulated this letter to lawmakers in 2015 opposing similar, though not identical, tax credit voucher bills in the 84th session. ATPE continues to oppose this and all forms of voucher legislation during the 85th legislative session and urges lawmakers in both chambers to do the same this year. For a preview of what is likely to the session's other primary voucher vehicle, Education Savings Accounts, check out ATPE Lobbyist Monty Exter's recent blog post, ESAs: A Bad Deal for Students in Need.

Related: The anti-voucher Coalition for Public Schools, of which ATPE is a member, will hold a legislative briefing and press conference on Monday, Jan. 23. A pro-voucher rally sponsored by Texans for Education Opportunity, Aspire Texas, and other groups is happening Tuesday at the capitol in connection with National School Choice Week.

Sen. Larry Taylor Lt. Gov. Dan Patrick announced his Senate committee assignments for the 85th Legislature this week. There were few changes from last session in terms of committee leadership, with Sen. Larry Taylor (R-Friendswood) continuing to oversee the Senate Education Committee and Sen. Jane Nelson (R-Flower Mound) again chairing the Senate Finance Committee that will write the state's budget. Sen. Joan Huffman (R-Houston) stays on as chair of the Senate State Affairs Committee, where her bill to take away educators' right to payroll deduction for their association dues is expected to be heard. Sen. Lois Kolkhorst (R-Brenham) will no longer serve on the Senate Education Committee, having been tapped instead to chair the Senate Committee on Administration. She is one of three senators from last session's education committee roster being replaced; also gone are Sens. Sylvia Garcia (D-Houston) and Jose Rodriguez (D-El Paso). The new senators joining the education committee this year are Bob Hall (R-Edgewood), Brian Hughes (R-Mineola), and Carlos Uresti (D-San Antonio). These appointments reflect the lieutenant governor's decision to change the Republican-Democratic split on the committee from 7-4 back in 2015 to its new party breakdown of 8-3. Patrick also stacked the committee with several supporters of privatization, hoping to clear a path for his priority voucher legislation to move quickly through the Senate. For more on the Senate committee announcement and a link to the full roster, check out this week's blog post from ATPE Lobbyist Kate Kuhlmann. House committee assignments have not yet been released.

Finally, ATPE members are reminded to register for ATPE at the Capitol, our upcoming political involvement training and lobby day event in March. This is the best chance for educators to learn more about the high-profile education bills being deliberated this session with presentations from ATPE's lobbyists and legislative leaders like Senate Education Committee Chairman Larry Taylor. Best of all, ATPE members will be empowered to add their voices to the debate, meeting with their lawmakers face-to-face on Monday, March 6, at the Texas State Capitol. The registration deadline is Feb. 3, and complete details for ATPE at the Capitol are available on our website here.
Previous
Next