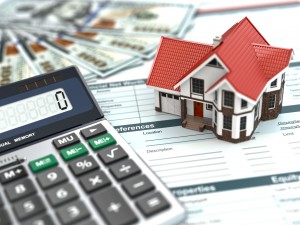 If there’s one thing most Texans can agree on, it’s that property taxes are too dang high. What gets dicey is trying to sort through the myriad schemes put forth in the last few years by state lawmakers trying to cut local taxes over which they have little direct control. They’ve proposed tweaks to the rollback rate, increased the homestead exemption, and filed bills targeting local appraisal districts. That’s a lot of work by a lot of smart people you’ve sent to Austin with your tax dollars. So. Does your tax bill look any better? In 2013, the Lincoln Institute of Land Policy ranked Texas as having the 15th highest per capita property tax in the country. Despite our high property taxes, Texas ranks 45th in overall K-12 education spending and 49th in adjusted per-pupil expenditures, according to our performance on the “Quality Counts” state report card from Education Week. Why is that? Speaking to a joint hearing of the House Public Education and Appropriations Committees in September 2016, outgoing Appropriations Chairman John Otto (R-Dayton), put it simply. “The burden is shifting to the locals,” he said. According to the Legislative Budget Board, local school spending, as approved by local voters and their elected school boards, increased 34 percent from 2008 to 2015. During the same period, the amount the state spent on local schools increased by just 4.8 percent. The school finance relationship is like a see-saw, with state funds on one side and local tax dollars on the other. When state spending goes down, local school districts have to raise taxes in order to fund services at the same level. This year, the state will pay 38 percent of the cost to fund schools, while the burden that falls to local property owners will be 52 percent. Under the state’s recapture rules for maintaining equity in our school finance system, those local taxes you pay are also tied to school districts all over the state. That means in cities with high property values such as Austin and now Houston, a significant chunk of local property tax revenue must be shipped out of town to help fulfill the state’s obligation to maintain funding equity in other districts. The total amount of transfers under recapture – commonly referred to by some as “Robin Hood” – has grown to $2 billion, with Austin ISD accounting for $583 million of recaptured funds in 2016. The math works out to 28 percent of statewide recapture falling on the shoulders of local taxpayers in Austin alone. This week, the House and Senate each submitted their proposals for the 2018-19 state budget, and financial wonks are still crunching the numbers to determine whether either plan would effectively fund school services at current levels. Both claim to do so. What we do know is that in the House plan, Speaker Joe Straus (R-San Antonio) has proposed an additional $1.5 billion boost in education funding “contingent upon the passage of legislation that reduces recapture and improves equity in the school finance system.” If legislators are serious about reducing local property taxes, this is where it starts. It’s simple math. Back to the see-saw: The only way to achieve meaningful property tax relief is for the state to assume more responsibility for the share of school funding it has passed on to you through local property taxes. Any other proposals you hear – and you will hear plenty – are empty measures meant to delay your outrage over your property tax bill for another two years. In a December 2016 column, The Texas Tribune’s executive editor Ross Ramsey concluded, “Had the state kept its share of school funding constant for the past 10 years, voters might not be griping about rising property taxes.” Tired of griping? Then let’s get serious. By boosting state investment along with taking a real shot at reforming the school finance system, the House is on the right track. We’ll find out if the rest of the legislature is serious as well.