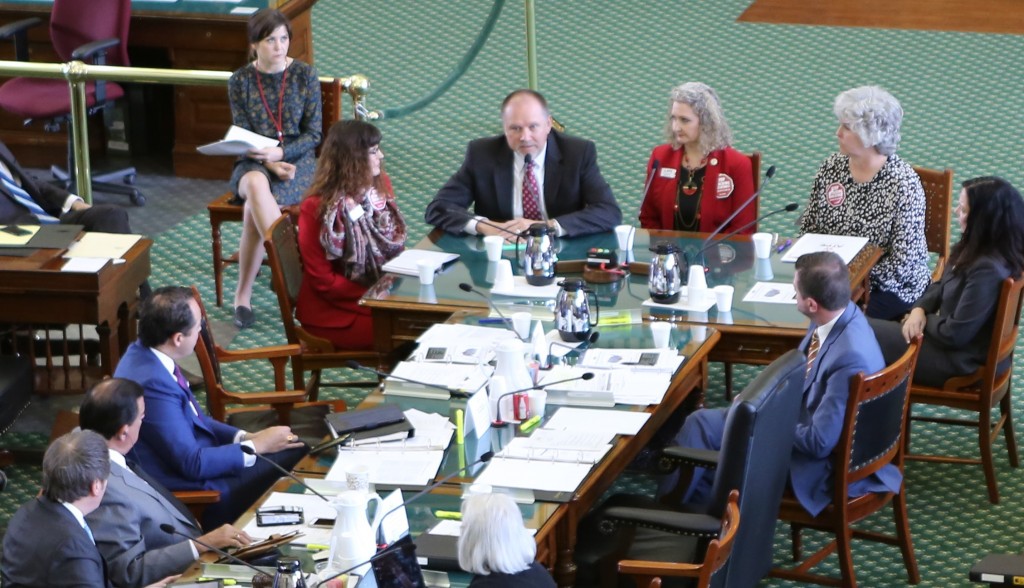 Early in the hearing, Sen. Craig Estes (R-Wichita Falls) questioned the bill's author on why she chose to file a bill that would prohibit payroll deduction by some public employees (such as educators, correctional officers, and CPS workers) while exempting fire, police, and EMS employees from the prohibition. "I just think it's problematic to say this group of people does it this way and this group of people does it that way," Sen. Estes said, noting that he would prefer to see a bill without an exception for first responders that would apply equally to all public employees. "Why?" Estes asked the bill's author about the discriminatory impact of her bill.

“Why? What's the difference? It seems like if this is a great thing, it's great  for everybody, isn't it?”— Sen. Craig Estes (R-Wichita Falls) questioning the author of Senate Bill 13 on why the bill excludes certain first responders while restricting the rights of educators and some other public employees.
“Well, um, there may be some who feel like that. I don't feel like that.”— Sen. Joan Huffman (R-Houston) responding to Sen. Estes's criticism of her decision to exclude certain groups from Senate Bill 13 while targeting others.
In response to the questions from Estes and her other fellow senators, Chairwoman Huffman explained that she was comfortable excluding law enforcement and emergency personnel from the bill because they "serve the community... with great honor and distinction." Huffman added that groups representing first responders don't interfere with "business issues," which was a complaint raised by a pair of business lobbyists who testified against SB 13. It is not clear what type of "business interference" the supporters of this bill believe ATPE has been guilty of organizing. The examples cited by a representative of the National Federal of Independent Business (NFIB) were federal minimum wage and equal pay laws that she claimed unions were opposing nationally. ATPE has not taken a position on any such legislation in Washington, and ATPE's Godsey pointed out in his testimony that our organization has been supportive of business. "We love small business," Godsey emphasized to the committee. "We have never spent one dime lobbying against small business." 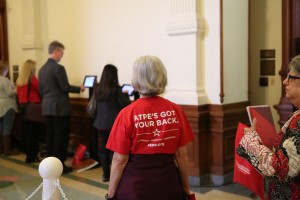 Sens. Judith Zaffirini (D-Laredo) and Eddie Lucio, Jr. (D-Brownsville) asked a number of questions during the hearing about why this bill was needed. They illustrated, for example, that no school board members or superintendents have complained about the current law requiring districts to let educators deduct association dues from their paychecks. Several of the teachers who testified during Monday's hearing pointed out that their school leaders were supportive of leaving the current law alone and letting school employees continue the practice of using payroll deduction for their association dues. ATPE State President Bottoms, for example, noted that her own superintendent had even traveled to Austin Monday to support her appearance at the SB 13 hearing. Although not a member of the committee, Sen. Jose Menendez (D-San Antonio) also sat in on the hearing and  asked a number of questions about why the bill targets certain associations while allowing payroll deductions for other purposes, such as insurance premiums and taxes. ATPE appreciates the support of those senators from both parties who have taken issue with SB 13, principally for the discriminatory message that it sends to hardworking educators and the fact that the bill is wholly unnecessary. It solves no identified problems and does not produce any cost savings to the state. Interestingly, Chairwoman Huffman conceded during her opening remarks about SB 13 that there are no taxpayer costs associated with public employees using payroll deduction for their association dues. In admitting this, Huffman openly contradicted recent claims by both Lt. Gov. Dan Patrick and Gov. Greg Abbott that this legislation would prevent "taxpayer resources" from being used to collect union dues. While the committee heard testimony from numerous ATPE members and other educators on Monday, members of the law enforcement community were also on hand to express opposition to SB 13. Even though law enforcement officials are currently exempted from Huffman's bill, they nevertheless urged lawmakers not to discriminate against teachers and expressed disappointment that the Senate was even hearing such a bill as SB 13. ATPE sincerely appreciates the support of police, fire, and EMS employee associations to defeat this unnecessary bill. Click here to watch archived video of the hearing. Sen. Huffman's introduction of SB 13 begins at the 13:45 mark during the broadcast. The testimony on this bill begins at 1:11:28 during the broadcast. Also, visit ATPE's Facebook page for video highlights and links to news reports about the hearing. ATPE members are urged to continue calling and writing to their legislators about SB 13 and its House counterpart, House Bill 510. For additional resources on communicating with lawmakers, check out ATPE's Advocacy Central. 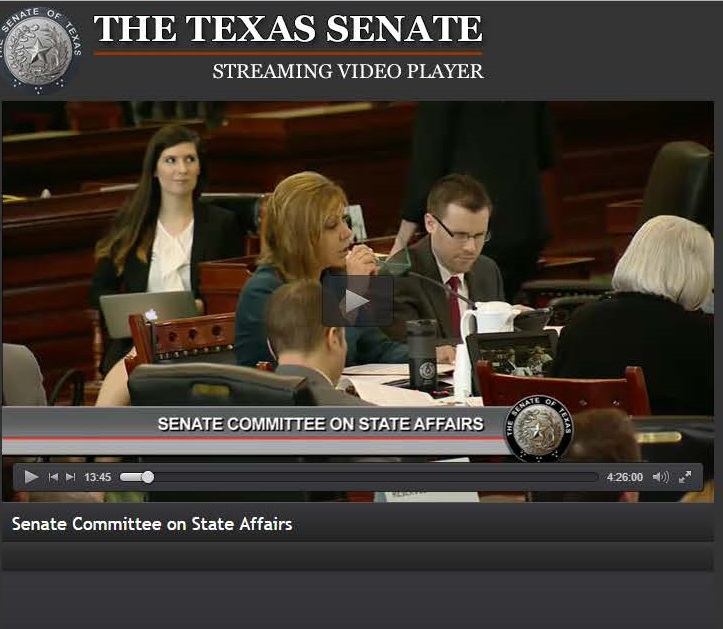