Here's a look at this week's education news highlights from the ATPE lobby team: 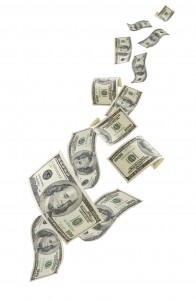 The Texas House of Representatives this week passed a comprehensive school finance bill, House Bill (HB) 21 by Rep. Dan Huberty (R-Kingwood), who chairs the House Public Education Committee. HB 21 is the House’s opening salvo in what the bill’s author calls a multi-session school finance reform effort. The bill is now on its way to the Senate where it is expected to receive a less than certain reception. HB 21 picked up 10 floor amendments over the course of more than four hours of debate on Wednesday evening. The bill was approved on second reading by a vote of 134 to 16, and then the House passed HB 21 the following day on third reading by a vote of 132 to 15. Stay tuned later this week for a blog post by ATPE Lobbyist Monty Exter describing the details of the bill as approved by the House. The next steps will be for HB 21 to be accepted by the Senate and referred to the Senate Education Committee, where we hope that Chairman Larry Taylor (R-Friendswood) will schedule it for a public hearing. Taylor's committee heard his own school finance bill this week, Senate Bill (SB) 2145. A hearing on HB 21 would likely include a discussion of the differences and merits of the two school finance plans.

The State Board of Education (SBOE) has been meeting this week, also. As ATPE Lobbyist Mark Wiggins wrote for our blog earlier this week, the board's agenda includes high-profile reviews of some of the state's curriculum standards, known as the Texas Essential Knowledge and Skills (TEKS). This morning, the board held a final vote on proposed changes to the TEKS for science. The biology portion in particular has been the focus of debate over the discussion of evolution. Board members began the week seeking compromise language that would satisfy scientists as well as those wishing to allow for some discussion of creationism. The board voted down an amendment this morning by member SBOE Marisa Perez-Diaz (D-San Antonio) that would have instructed teachers to “compare and contrast prokaryotic and eukaryotic cells, including scientific explanations for their complexity.” The board then adopted an amendment by SBOE member Keven Ellis (R-Lufkin) instructing teachers “to compare and contrast prokaryotic and eukaryotic cells, and compare and contrast scientific explanations for cellular complexity.” SBOE member Barbara Cargill (R-The Woodlands) assured the board that the compromise language still encourages criticism of the theory of evolution. On revisions to the TEKS for English and Spanish language arts and reading, the board has opted to delay a final vote until May. For more on this week's SBOE deliberations, check out the latest update from ATPE Lobbyist Mark Wiggins here on our blog.   The two legislative committees that oversee education policy for the Texas House and Senate have been busy hearing numerous bills and voting a number of them through for floor consideration. Yesterday, the Senate Education Committee heard bills that included such topics as charter school authorizations and educator certification. As ATPE Lobbyist Kate Kuhlmann reported on our blog, the committee heard both a bill that could restrict the expansion of charter schools in certain areas and a bill that would make it easier for charters to be approved. The committee also considered an educator certification bill that would make it easier for out-of-state teachers to become certified in Texas without necessarily passing an exam. As ATPE Lobbyist Kate Kuhlmann reported on Twitter, the Senate Education Committee also voted yesterday to give favorable approval to several Senate bills, many of which have been changed from their original versions that were filed: SB 653, SB 754, SB 1122, SB 1267, SB 1398, SB 1882, SB 2142, SB 2143, SB 2188, and SB 2270. The House Public Education Committee held a full hearing for several bills on Tuesday and then met again yesterday for the purpose of voting on pending bills. As ATPE Lobbyist Mark Wiggins wrote for our blog, Tuesday's agenda included hearing HB 306, known as David's Law, to prevent cyber-bullying and harassment that encourages youths to commit suicide. ATPE testified in support of the bill, as we similarly supported the Senate version, SB 179, during a prior hearing by the Senate State Affairs Committee. Read Mark's blog post for more on the bills that were heard and voted upon by the committee on Tuesday. During Thursday's formal meeting of the same committee, members voted to send 11 additional bills to the full House for consideration. For a list of those bills, check out Mark's follow-up blog post on Teach the Vote. Next week, the House Public Education Committee is scheduled to meet again on Tuesday for consideration of several bills. The agenda includes bills pertaining to testing, instructional materials, pre-K, and Districts of Innovation. ATPE will be there to testify and will provide updates next week on Teach the Vote and on Twitter. 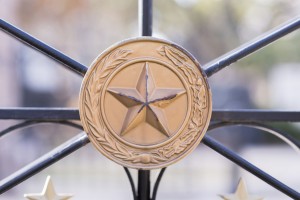 Both the House and Senate have announced which of their members will serve on a conference committee for the state's budget bill. The two chambers recently passed competing versions of Senate Bill (SB) 1, which necessitates a conference committee of 10 members to try to iron out the differences and forge a compromise to keep the government in operation for two more years and avoid the need for a special session. Announced first this week were the Senate conferees for SB 1: Senate Finance Committee Chairwoman Jane Nelson (R-Flower Mound), along with Sens. Lois Kolkhorst (R-Brenham), Joan Huffman (R-Houston), Charles Schwertner (R-Georgetown), and Juan "Chuy" Hinojosa (D-McAllen). On the House side, the conference committee appointees are House Appropriations Chairman John Zerwas (R-Fulshear), plus Reps. Trent Ashby (R-Lufkin), Oscar Longoria (D-Mission), Sarah Davis (R-Houston), and Larry Gonzales (R-Round Rock). 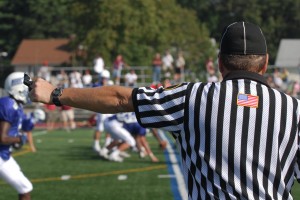 Also this week, the Senate approved a measure known as the Tim Tebow bill, which requires the University Interscholastic League (UIL) to allow the participation of home-schooled students. SB 640 by Sen. Van Taylor (R-Plano) received the Senate's approval on Wednesday by a vote of 23 to 8. The bill still has to be considered in the House. ATPE has opposed SB 640 and similar legislation in previous sessions based on long-standing positions in the ATPE Legislative Program adopted each year by our members. Specifically, ATPE members object to letting home-schooled students participate in extracurricular activities without being held to the same standards as their public school counterparts, such as no pass/no play laws.