The House Public Education Committee met Tuesday to consider and vote on several bills, including a high-profile bill aimed to reduce cyberbullying. HB 306 by state Rep. Ina Minjarez (D-San Antonio) would crack down on bullying and cyberbullying. The bill defines “cyberbullying” as “bullying that is done through the use of electronic communication, including through the use of a cellular or other type of telephone, a computer, a pager, a camera, electronic mail, instant messaging, text messaging, a social media application, Internet website, or other Internet-based communication tool.” Cyberbullying may occur outside of a school or school-sponsored event if it interferes with a student’s educational opportunities or substantially disrupts the orderly operation of a classroom, school or school activity. 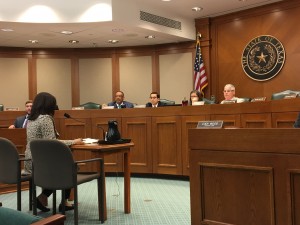