Starting tomorrow, Sept. 28, the House Public Education and Appropriations committees will spend two days hearing from education stakeholders and finance experts on interim charges related to how Texas funds its public schools. These joint interim hearings come on the heels of a state supreme court ruling that our state's school finance system is constitutional, albeit deeply flawed, as we have reported here on Teach the Vote. 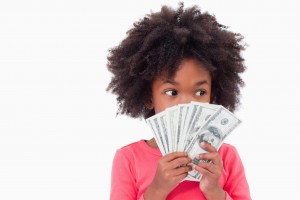 While it is true that money alone doesn’t solve every problem, adequate funding distributed equitably certainly makes dramatic system-wide improvements much more achievable. Is there currently adequate money in the state school system to meet the constitutional requirement for a general diffusion of knowledge? Maybe, maybe not. Is there enough money in the system to ensure a general diffusion of knowledge for all children while also meeting the legislature’s mandates on things like cameras in the classroom, a host of social and safety issues, and the accountability system; and meeting parental expectations to provide value-added offerings such as Latin classes and ever increasing levels of technology? Moreover, is there enough money in our coffers to do these things against the backdrop of our current inequitable method of distribution, which some interests in our state would prefer to maintain? Almost certainly not. With regard to addressing the many deficiencies of the Texas school finance system, where should state policymakers start? If the goal is to have the most widespread impact on improving student outcomes, they should begin with equity. The U.S. ranks near the bottom among developed nations in terms of the education gap between high- and low-socioeconomic status (SES) students. Further, Texas ranks in the bottom five among all states in terms of funding gaps between districts based on either wealth or race. In other words, we are one of the worst states in one of the worst countries where equity is concerned. Many high-performing education systems around the world actually spend less than the U.S. on average per pupil spending. (Note: Texas also spends well below the national average.) However, the way that other nations distribute the education funds they spend is also vastly different. Most, if not all, of these systems recognize that regardless of system-wide funding levels, some children require more — sometimes significantly more — support than their peers to be successfully educated. These children often include those with limited proficiency in their country’s primary language, high mobility rates, learning disorders, and children with a high degree of childhood traumas or adverse childhood experiences.

For related information, read about research on how assessments of Adverse Childhood Experiences (ACE) can help educators support and instruct students who are at an increased risk. Because many of these obstacles to learning tend to be much more prevalent in impoverished populations, poverty tends to be a proxy, though an imperfect one, to identify these populations of at-risk children. (For the purpose of characterizing students in the U.S., poverty is often expressed by admittance into the federal free and reduced lunch program.) High-performing education systems around the world have come to recognize that if student outcomes are to be significantly and positively affected, these kids not only need more support individually, but the need to modify the entire educational environment also becomes exponentially increased when significant numbers of children with these obstacles are concentrated at a single campus. As such, they have organized their school funding systems to provide the educational and non-educational supports these children need, which are supports their peers often don’t need in order to reach the same levels of educational mastery. In order to most effectively provide for a general diffusion of knowledge to all students, the Texas Legislature should consider increasing the current funding weights such that they more adequately reflect the cost of supporting students across a spectrum of need. Additionally, the legislature should develop a new weight that takes into account the impact of concentrations of high-needs students on a single campus. These recommendations would go a long way in addressing concerns about inter-district equity and insure that discussions around issues such as recapture stay focused on student outcomes. When recapture and hold harmless provisions are considered without also considering student weights, there is a tendency to over-focus on funding changes to individual districts in a way that can be divorced from what student populations look like and how students’ needs may be differentiated from their peers in other districts. In addition to inter-district equity, the Texas Legislature should also consider how to best address intra-district equity. Legislators should have an in-depth policy discussion about how to best ensure that resources are flowing to campuses within a single district in a truly equitably manner, particularly in large urban and suburban districts. Legislators should consider the pros and cons of impacting district behavior, with regard to significantly prioritizing resources toward campuses with larger concentrations of high-needs students directly through the school finance laws in addition to research-based direct interventions. Currently, we attempt to indirectly encourage districts to prioritize resources through a school accountability system that is largely punitive. As the House Public Education and Appropriations committees meet on Wednesday and Thursday of this week, we hope legislators will focus on creating a system that best serves all Texas students with the resources available.
Previous
Next