Public pensions eyed by outside interests

Tweaking the Teacher Retirement System seems to be a back-burner issue for lawmakers heading into the next legislative session, but outside interests are angling for big changes just a bit further down the road. 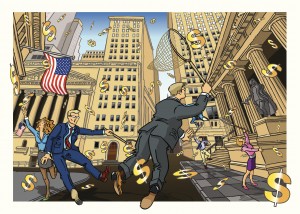 Texans for Secure Retirement, a coalition of state employee groups, including ATPE, gathered advocates together Wednesday to focus on safeguarding and improving the public retirement system. Addressing the group, state Rep. Dan Flynn (R-Canton), who chairs the Texas House Pensions Committee, said efforts to shore up the Employees Retirement System (ERS) during the 2015 legislative session helped get ERS “going in the right direction.” Legislators will determine its fate through the Sunset process this session (beginning in January), and TRS will undergo the same process in 2019. So what does this have to do with educators’ pensions? A few interest groups are pressuring government employers to abandon traditional “defined benefit” (DB) pension plans, which promise you’ll receive guaranteed retirement income for the rest of your life, based on your salary and length of service. Once the most common type of retirement plan around, DB plans have gradually been phased out by private sector employers in favor of “defined contribution” (DC) plans like 401(k)s, which promise to deliver a lump sum upon retirement, based upon monthly contributions. Lower interest rates, tougher regulation and a desire to cut costs have all contributed to the private sector’s switch; and it’s true that many private sector employees are spending less time with a single employer – which has a negative effect on DB retirement income. Yet for long-term employees like teachers, the average DC plan yields comparatively little retirement support and exposes retirees to the risk of outliving their money. For example, an annuitized 401(k) balance of $100,000 could translate to around $400 a month in retirement. Furthermore, while your retirement is actuarially sound and managed by full-time professionals, 75 percent of DC funds failed US Department of Labor audits in 2013. So why the interest? The $130 billion portfolio managed by TRS is a big, shiny apple to Wall Street fund managers – but it’s your money, and its strength lies in conservative, long-term investment. The push to convert plans isn’t very big and currently appears concentrated at the local and county levels, where some plans need significant work to get their fiscal houses in order. Unlike the troubled local plans DC conversion proponents like to point to, TRS has remained sound over the years. This is largely thanks to stable funding, sound investing, and a conservative benefit structure. These fundamentals were further strengthened by the passage of Senate Bill 1458 by former state Sen. Robert Duncan in 2013. Thanks to SB 1458, passed in large part due to the efforts of the ATPE lobby team, it’s unlikely we’ll see discussion of major changes to teachers’ retirement this session, but it’s something we’ll continue to watch closely for you.