ATPE believes that the best way to honor teachers during Teacher Appreciation Week is by advocating on their behalf. Here's a look at some of our advocacy efforts this week:

Tomorrow, May 7, is election day for several local races around the state. Also on tomorrow's ballot are special elections in House Districts 120 and 139. We republished an article this week from The Texas Tribune on those House vacancies, and we've got profiles of those candidates available here on Teach the Vote. If you did not vote early, be sure to get out to the polls tomorrow. Many voters will be selecting local school board trustees in tomorrow's election. It's critically important for educators, in particular, to weigh in on school board races. Boards of trustees make decisions ranging from educator salaries, to school schedules, to discipline matters. Now that the legislature has given districts new flexibility to exempt themselves from many state laws by becoming Districts of Innovation (read more about that in our next section below), school boards have even greater authority to control your working conditions and your students' learning environment. In other words, it matters who you pick to serve on your local school board. We urge you to learn about the school board candidates in your area, make well-informed choices, and make your voices heard by heading out to the polls tomorrow! Don't forget that the month of May includes two elections this year. In several areas (largely located in the eastern half of our state), voters will have a chance to participate in primary runoff elections on May 24 for legislative and State Board of Education (SBOE) seats. Early voting for those races starts May 16, so there's still plenty of time for you to find out whether your district has a runoff and if you are eligible to vote in it. Research the candidates using our 2016 Races search page here on Teach the Vote. As we have been reporting lately, the commissioner of education is currently engaged in rulemaking to implement the state's new District of Innovation (DOI) law. Included in last year's House Bill 1842, the law allows acceptably performing school districts to propose local innovation plans and claim exemptions from numerous state education laws. ATPE Lobbyist Monty Exter testified at public hearing on the proposed rules last week, expressing ATPE's many concerns about districts claiming blanket exemptions from numerous laws without specifying how those exemptions will promote their "innovations" or considering possible legal consequences. This week, ATPE filed formal written comments on the proposed commissioner's rules, outlining our concerns in greater detail and requesting specific changes. You can view the commissioner's proposed DOI rules here, and read ATPE's written comments on the rules here. We're also excited to announce that ATPE has a new, comprehensive resource page on innovation districts that will help you find everything you need to know about the new DOI law. Visit www.atpe.org/DOI to read more about the background on the law, potential consequences, examples of laws that can be waived by districts, and ways that you can voice your opinion and help shape your own district's innovation plan. As a reminder, we've also got a great T-TESS resource page on ATPE.org, where you can find information on the state's new recommended teacher appraisal system. ATPE has filed a legal challenge against the commissioner's rules implementing T-TESS, which remains pending. Related Content: The Texas Education Agency (TEA) announced this week that it will hold a public hearing on the proposed commissioner's rule implementing Senate Bill 507, which required video surveillance cameras in certain special education settings. The hearing will be held Thursday, May 19, at TEA. Click here to view the proposed rules and remember that Monday is the last day to submit public comments on the rule proposal. Those interested may submit public comments on the proposed rules to rules@tea.texas.gov. On Tuesday, May 3, the House committees on Public Education and Economic & Small Business Development held a joint interim hearing to hear invited and public testimony regarding partnerships between higher education institutions, public school districts, and employers to prepare students for post-secondary readiness. ATPE Political Involvement Coordinator Edwin Ortiz attended and reported on the meeting. Various panels were invited to testify on the issue. Many witnesses who spoke about post-secondary readiness programs agreed that Texas continues to lag behind other states in the area of post-secondary technical education and continues to experience a shortage of skilled workers in jobs like manufacturing, pipe fitting, and IT. This means that many companies have to go outside of Texas to recruit employees and this often results in higher costs. It has also resulted in businesses and public schools beginning to build partnerships where students can receive hands-on experience, in the form of internships, as a part of their K-12 education. Various partnerships have been developed between regional employers and local school districts in both urban and rural areas of Texas. Witnesses that testified were optimistic that present partnerships are beginning to take off and want to see new partnerships built between the business community and districts in order to motivate more students into going into those skilled fields. According to the testifiers, when companies allow for student internships, the chances of those students wanting to consider that profession increase dramatically. Witness testified that legislative action could help support these partnerships through better data collection, addressing issues with intern liability coverage, and funding in order to assist small to midsize businesses pay for interns. Stay tuned for more information on this issue and others addressed during the interim by the House Public Education Committee. If you would like to view the full hearing, please go to: https://tlchouse.granicus.com/MediaPlayer.php?view_id=37&clip_id=11946 Next week, the House Public Education Committee will hold an interim hearing to discuss and take invited and public testimony on two separate interim charges: schools' access to broadband Internet services and inappropriate teacher-student relationships. Additionally, the committee will hear invited testimony only as it addresses its charge to oversee and monitor the agencies and programs within the committee's jurisdiction. The hearing begins at 9:30 a.m. and can be watched live here. 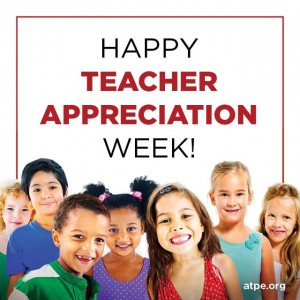