Are you ready for the weekend? Here's what made the news this week on Teach the Vote:

One of the most closely watched races during the March 1 Republican primary election in Texas was the contest to succeed retiring Sen. Kevin Eltife (R) in Senate District 1. In the four-man primary race, current state representative Bryan Hughes (R) earned the most votes with 48 percent (63,844 votes), but he fell short of winning the primary outright. Next came an effort to determine which candidate would secure the second place spot and a berth in the May 24 runoff election. On election night, current state representative David Simpson (R) appeared to have edged out James K. “Red” Brown (R) by only 13 votes, which prompted nearly two weeks' worth of analysis to ensure that all provisional and military ballots were properly counted. As the process played out, Simpson and Brown exchanged positions several times with single digit margins separating the two. Ultimately, it was announced earlier this week that the counts were complete and that Simpson would keep his spot in the runoff, again by a margin of only 13 votes. In the end, Simpson carried 28,288 votes, while Brown had 28,275. Brown, who had earned several major endorsements including one from Texas Parent PAC, declined an opportunity to request a full recount, which clears the way for Simpson and Hughes to face off in May. Another Republican primary runoff continues to capture media attention in Texas and beyond. This week, the Texas Observer published an article with more information about Mary Lou Bruner (R), who nearly won the primary election outright for SBOE District 9 but instead is facing a runoff against Keven Ellis (R). Bruner has made headlines nationally for her extremist views on education and controversial remarks often delivered via social media. In yesterday's article, Patrick Michels writes about the support that Don McLeroy, another controversial and polarizing political figure who once held the same seat on the SBOE and even chaired the board before being ousted by incumbent Thomas Ratliff (R), has expressed toward Bruner. McLeroy is quoted in the article as comparing Bruner to himself and saying, "I think she'll be a great asset," if elected to serve on the SBOE. Visit our 2016 Races pages to view profiles of all candidates in races that have resulted in primary election runoffs, as well as candidates who will be on the ballot in November for seats in the Texas Legislature or State Board of Education. 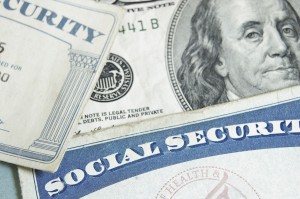 We've been reporting extensively this week on the major news of a hearing in Washington, D.C. next week to discuss Social Security. The U.S. House Ways and Means Subcommittee on Social Security will meet Tuesday, March 22, to discuss Social Security laws and their impact on public employees. Part of the discussion Tuesday will be about legislation filed by Congressman Kevin Brady (R-TX) to get rid of a harmful offset provision that causes many public sector employees, including educators, to have their Social Security benefits reduced when they reach retirement age. Read ATPE Lobbyist Josh Sanderson's blog post this week about H.R. 711, the Equal Treatment of Public Servants Act and how it would help educators upon retirement. Sanderson will be attending the Tuesday morning hearing along with ATPE's Washington-based lobby team. They'll also be meeting with members of the Texas congressional delegation to ask for their support of H.R. 711. Thirteen members of our state's congressional delegation have not yet pledged their support for H.R. 711, and we encourage you to contact them. Read yesterday's blog post for more detail, along with the phone numbers where you can reach those 13 members of Congress. Stay tuned to Teach the Vote for updates from Washington next week. In other national education news, the U.S. Senate voted this week to confirm the nomination of Dr. John B. King as the new U.S. Secretary of Education. Check out ATPE Lobbyist Kate Kuhlmann's blog post from earlier this week to learn more about King.   A number of hearings are the calendar in the next few weeks that relate to public education, including interim legislative hearings and another meeting of the state commission that is examining student testing and accountability. As always, stay tuned to Teach the Vote for updates and follow us on Twitter for the very latest news from our ATPE lobby team.
Previous
Next