An ultimately anti-climactic week in Washington and other Texas education news is recapped here: 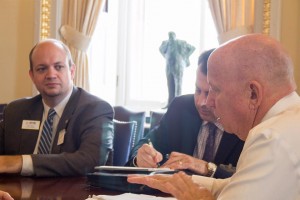 On Wednesday, the U.S. House Committee on Ways and Means was scheduled to mark up and vote on H.R. 711, the Equal Treatment of Public Servants Act (ETPSA). Instead, in a disappointing turn of events, the bill was pulled from consideration and postponed as a result of opposition from several national employee associations. ATPE Lobbyist Josh Sanderson followed the developments closely this week and reported on them here, here, and here. If H.R. 711 does not pass, public education employees will continue to be subjected to the punitive Windfall Elimination Provision (WEP) that can reduce personal Social Security benefits by over $400 per month. If H.R. 711 passes, a fairer formula, one that considers a worker's entire career and earnings history, will be used to calculate benefits. Further, retirees would receive a benefit increase and the average future retiree would have benefits increased by an average of $900 per year. ATPE remains dedicated to ensuring Texas educators receive fair and quality benefits in retirement, and we will continue to work with Congressman Kevin Brady (R-TX) on increasing benefits for current and future retirees by passing H.R. 711. Stay tuned for future updates. 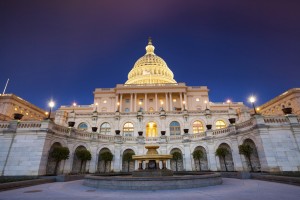 The United States Capitol building In other federal education news this week, the U.S. Senate Committee on Health, Education, Labor, and Pensions (HELP) held its fifth of six expected Every Student Succeeds Act (ESSA) implementation oversight hearings, and the U.S. House Committee on Appropriations held a mark up of the appropriations bill that funds the U.S. Department of Education (ED). This week's Senate HELP hearing on ESSA implementation was focused on the Department's accountability rule proposal. As we reported when it was released, the proposal requires states to have accountability systems in place by the 2017-18 school year, with the goal for states and districts to begin identifying schools in need of support in the following school year. This proposed timeline is unsettling to most because it identifies struggling schools based on data derived from early implementation efforts, rather than data collected once the new state accountability systems are fully implemented. Some also caution that it doesn't allow enough time for states to truly innovate in their new systems. All of the witnesses invited to share input at this week's hearing and most senators agreed that delaying the timeline by a year would be beneficial. Another point of contention in the proposal was the department's decision to require an overall summative score, rather than allowing states to provide dashboards of information on schools and districts, which provide a more comprehensive look at school accountability. ED is accepting comments on the rule proposal through August 1, and we will continue to provide updates on the proposal as they develop. In the other chamber of Congress, the House Appropriations Committee marked up its version of the 2017 Labor, Health and Human Services (LHHS) funding bill, which includes education funding. The bill funds the Department of Education at $67 billion, a $1.3 billion decrease compared to the previous year's appropriation. Federal special education funding, however, increased by $500 million compared to the previous level, and the bill includes $1 billion for the student support and academic enrichment grants, authorized under ESSA. Due to the inclusion of party-specific initiatives and disagreements on funding levels, the appropriations bill mostly broke down on partisan lines. Still, the committee reported the bill favorably to the House floor where it now awaits debate and a vote from the full House. The Senate is simultaneously working on its own version of the funding legislation. 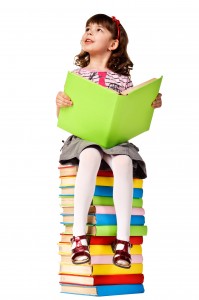 In a story published this week by the Texas Tribune, Kiah Collier reports that a number of Texas school districts (more than 20) have turned down the funding they were to receive under the high quality prekindergarten grant program. We reported last week that the Texas Education Agency (TEA) announced it had parceled out a total of $116 million to 578 Texas school systems that qualified as grant recipients. We noted at that time that "considering the money is to be dispersed among a large number of school systems, the per pupil dollar amount will be telling in terms of how far the state needs to go to invest in quality and meaningful early education." According to the Tribune's story, per pupil spending under the program totals $367 per year, a fraction of the $1,500 per student originally expected, and districts are turning down the grant because it will not cover the cost of implementing required quality control measures. Read the full story for more on this latest prekindergarten development.

The ATPE governmental relations team is ready for the ATPE Summit and looks forward to seeing participating ATPE members next week! We hope you will stop by the Advocacy Booth in the ATPE Lounge on Wednesday night to say hello and pick up a variety of advocacy resources. We will be there to answer questions and visit with members from 4 to 7 pm on July 20. Immediately following, you can find us at the 70s-themed dance party! We will be promoting the ATPE-PAC and selling a fun, tie-dyed t-shirt. Speaking of PAC, if you are an ATPE member and you're coming to the ATPE Summit, be sure to check out our new online auction. Bidding is open now and your voluntary donations will go toward supporting pro-public education candidates through the ATPE-PAC. The lobby team will also present advocacy updates during the professional development and leadership training sessions on Thursday. We will offer two general advocacy update sessions that will highlight the latest developments in state and federal education policy. Our team will also moderate in a separate session a conversation with ATPE members Jimmy Lee and Casey Hubbard regarding their recent experiences serving as education advocates in their local communities. Get ready for an educational, productive, and fun-filled week! We hope to see you there!
Previous
Next