A week of education-related hearings in Washington, D.C. 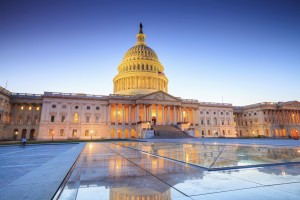 It was a busy week for education in Washington, D.C., as Congress held four hearings on a variety of topics. Two of those hearings were dedicated to oversight as the Department of Education (ED) implements the Every Student Succeeds Act (ESSA), another was focused on President Obama’s education budget proposal, and a final hearing concentrated on the confirmation of current acting U.S. Secretary of Education John King as Secretary of Education. ESSA Implementation The Senate Committee on Health Education Labor and Pensions (HELP) kicked the week off on Tuesday with a hearing entitled, “ESSA Implementation in States and School Districts: Perspectives from Education Leaders.” Seven invited witnesses delivered testimony on the topic. The witness list included a governor, two superintendents, two think tank representatives, and two teacher union representatives. All panelists welcomed the new law, specifically with regard to more state-controlled decision making, and expressed the importance of quality regulations delivered under an appropriate timeline. Committee Chairman Lamar Alexander (R-TN) stated that the Committee wants states to have plans ready by July 1, 2017, and one panelist hoped that initial regulations would be finalized by this coming fall. While most panelists agreed with the need for rapid response to the law, there was some concern that moving too quickly could mean states will merely tinker with current systems as opposed to taking the time to really rethink the systems in place. The importance of teacher involvement in the implementation process was also discussed. Watch the full Senate committee hearing here. The House Committee on Education and the Workforce also held a hearing dedicated to ESSA implementation. The hearing took place Thursday morning and was entitled “Next Steps for K-12 Education: Upholding the Letter and Intent of the Every Student Succeeds Act." This is the second ESSA oversight hearing held by the House (read more about the first hearing here). Acting Secretary King was the only witness at the hearing yesterday morning. While members did ask King about specific issues pertaining to the new law, Committee Chairman John Kline (R-MN) kicked off the meeting with comments and questioning on the federal government’s role under ESSA. He specifically pointed to comments made by former Secretary of Education Arne Duncan late last year that seemed to imply ED was already looking for ways around some of the new law’s restrictions that limit the department from intervening in states’ policies. King understood the limitations but also assured members that ED would adequately enforce the civil rights aspects of the law. Watch the full House committee hearing here. Related content: ED released a fairly extensive document today that addresses frequently asked questions pertaining to ESSA. The FAQ document can be viewed here. Dr. John King’s Confirmation as Secretary of Education Since Arne Duncan stepped down from his post as the nation’s top education official, one of his previous top advisers, Dr. John King, has served as acting U.S. Secretary of Education. Following a few months on the job, President Obama decided to put forth the acting secretary as his nominee to officially replace Duncan. Such a nomination requires the approval of the U.S. Senate. The process of confirming acting Secretary King began Thursday with a Senate confirmation hearing in the Senate Committee on HELP. King was asked to weigh in on some issues of major importance to the education community.

Dr. King formerly served at ED as the Deputy Education Secretary under Duncan. Prior to joining ED, he was the commissioner of New York state public schools, founded a Boston charter school called Roxbury Preparatory Charter School, and worked as managing director for a charter management organization. He began his education career as a high school social studies teacher. The HELP committee will meet to vote on his confirmation on March 9.
Embed from Getty Images
President Obama’s Budget Acting Secretary King was also on the Hill Wednesday, this time to defend the president’s budget request for ED. The request is a 1.9 percent increase over the 2016 appropriation, requesting $69.4 billion dollars. King told lawmakers on the House Committee on Education and the Workforce that the K-12 portion of the proposal prioritizes equity and the teaching profession. Chairman John Kline (R-MN), however, was concerned that the proposal flatlines programs like the Individuals with Disabilities Act (IDEA). Other Republicans expressed concern that the proposal would cause budget deficits to rise over the long term. The proposal seeks to considerably expand preschool education; Republican members pointed to the hefty price tag associated, while Democrats defended the expanded programs. King also pointed to high graduation rates and waning drop-out rates across the country saying that the budget seeks to build on progress. Policies centered on the teaching profession were a hot topic of discussion. Acting Secretary King pointed to a billion dollar proposal called “RESPECT: Best Job in the World.” According to ED, the competitive grant program funds could be used to create advancement opportunities for teachers, provide teachers with flexibility to focus on professional development, or improve working conditions. The program would be focused on supporting “comprehensive, locally-developed, teacher-led efforts in our highest-needs schools.” The president’s budget proposal faces a long and unlikely road to passage.
Previous
Next